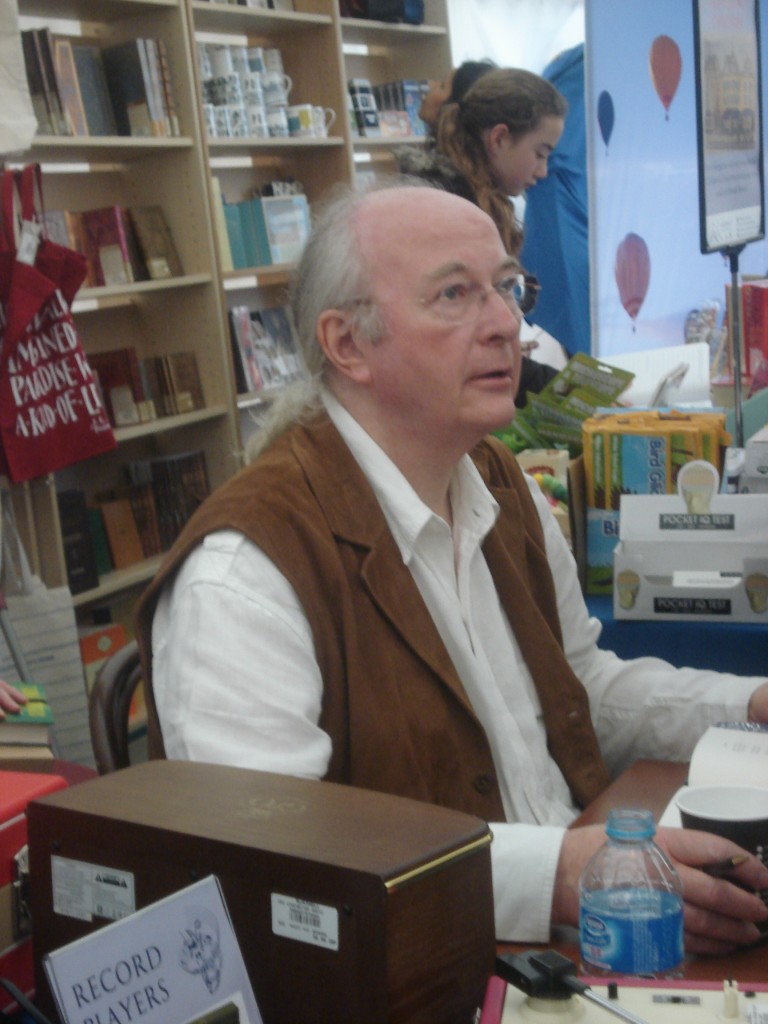 Up until two weeks ago I didn’t think I would be going to Oxford Literary Festival this year. I had tried and failed to get a single ticket to see Philip Pullman talk about all things Northern Lights related and some thoughts on his new work all about Dust – that magical substance that exists in Lyra’s Oxford. Then on Twitter I saw that lovely Pearl (yes the very same lady who sold me a ticket to Joanne Harris two years ago) had a spare ticket as a friend could no longer make it. I confess I did not delay and emailed to ask if she had sold it, joy of joys she had not, I was yet again going to the ball! The main talk took place in the opulent surroundings of the Sheldonian and we were 3 rows from the front (eeeeee, sadly photography was strictly forbidden unless you were a proper press photographer) however I think this may have been a blessing in disguise as I got to concentrate instead on what was being said. There was plenty of talk about the Northern Lights trilogy & Philip said he was still finding new meanings in the text and he encouraged his readers to do the same and not seek ‘permission’ for their ideas/interpretation. There was also a lot of talk about the origins of the book (the main inspiration/central theme being Paradise Lost) and that it had gained a large readership from being published as a childrens book and not labelled as fantasy (even though it contains many fantastical elements). At the end of the talk there was a chance for questions and a little boy asked what Philip’s Demon would be, he said either a magpie, raven or crow as like him they stole/took shiny interesting things :-). And so the hour was up remarkably quickly, but our day didn’t quite end there, we dashed across to the Blackwell’s marquee to join the book signing queue, and what a queue it was! 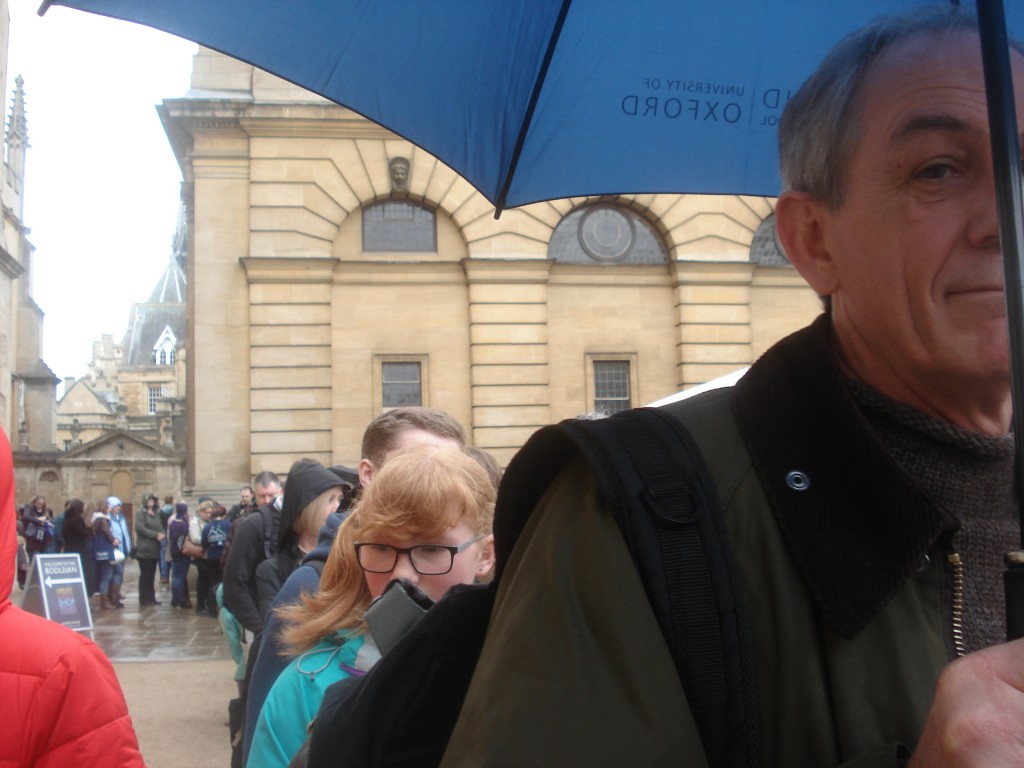 You’d never believe we were actually quite near the front. Here are Pearl and Niki looking glamorous: 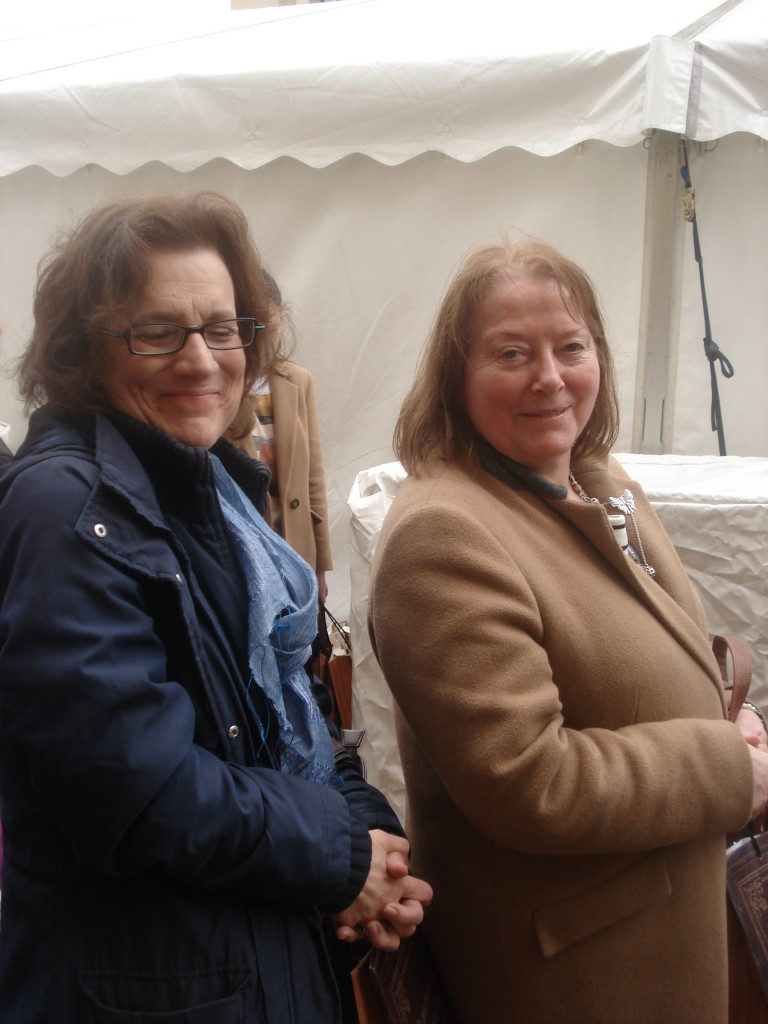 Whilst in the queue we were informed that we could only get one book signed (which was a bit of a shame as I had dragged the folio edition of  His Dark Materials – bought with birthday book vouchers from Jam’s mum with me to Oxford) & we were all given a post it to write down what we wanted the dedication to say, at which point I got major writers block). The same thing happened when I went with Maddie to see Vikram Seth and although I get the point is that it takes some pressure off the authors in that they get the spelling of names right & don’t have to think of millions of things to say, it does rather take some of the magic out of it. Anyway before we knew it we were in the tent and we could see Philip signing away. 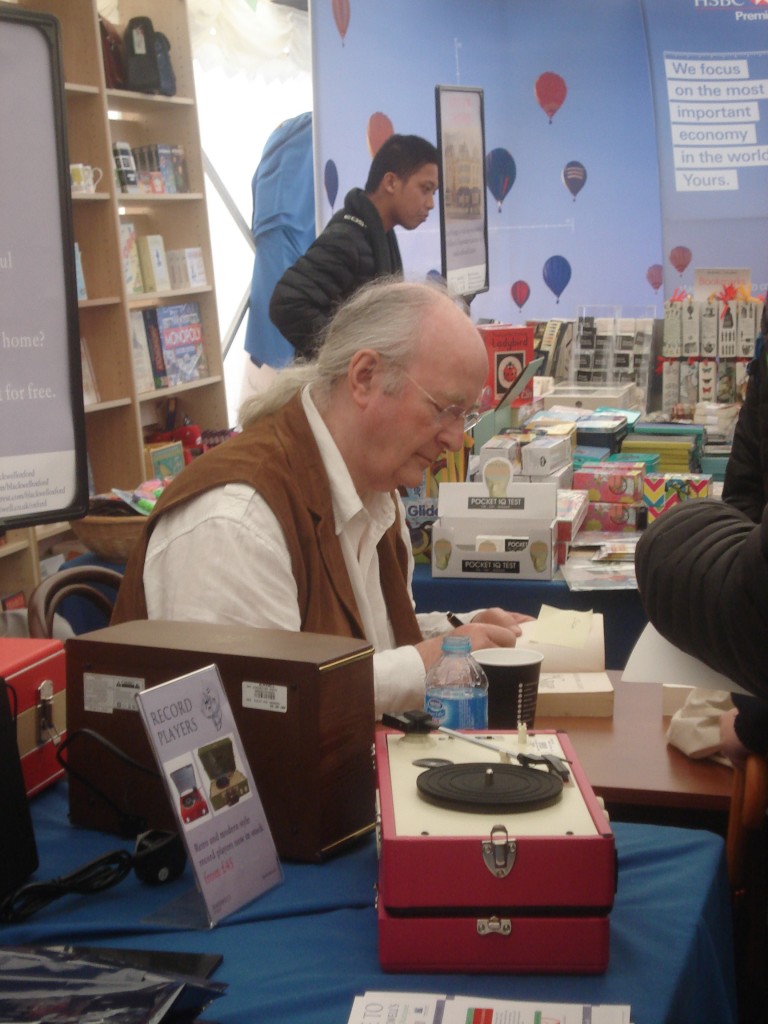 We blinked and we were stood in front of him, the man himself! Pearl was kind enough to send me a magazine article a few weeks ago about Philip (and indeed take the pictures below) & it said that he like woodworking so I was determined to ask him about his adventures in wood. It turns out that as well as being an awesome author he has worked on (and crucially, unlike me, finished) a rocking horse and a wooden chest! 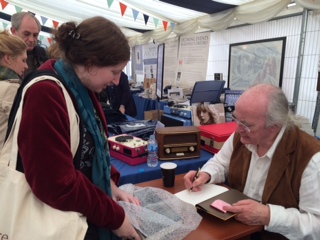 He asked me if I also worked in wood & I told him about wood school (which I’ve been shamefully absent from of late) and my lime wood carving (or three layers of pain as its referred to in this house at present). He seemed very interested about where I got the lime from so I told him about The Tool Post in Didcot (although alas I couldn’t remember its name through nerves so hopefully he still finds it) where most of my wood comes from (tis a very dangerous place if you love wood as they have both native and tropical woods and it would be easy I fear to end up with a shed full). After that he started to inscribe the dedication and asked who Vikki was, I told him it was me and got a personalised message which was completely different to the one I had hastily scribbled on the post it (and so by default much nicer) and then insisted I hand over the other two books for him to sign as well, which was lovely and very generous of him. 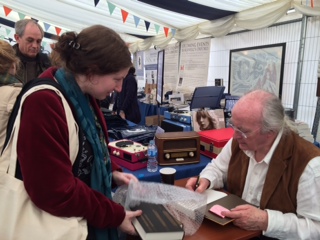 Thank you Mr Pullman, you were a delight to speak to & will treasure my special signed editions for ever.  I hope you have a lovely time wandering around the Tool post and in your future adventures with writing and wood.  I hope we meet again some day, maybe in the winter by a crackling fire with a glass of gin each and a free evening to while away talking about wonderful wood and writing. 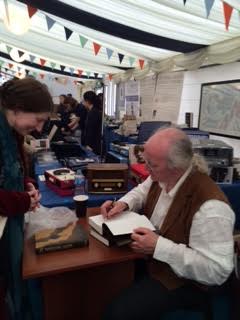