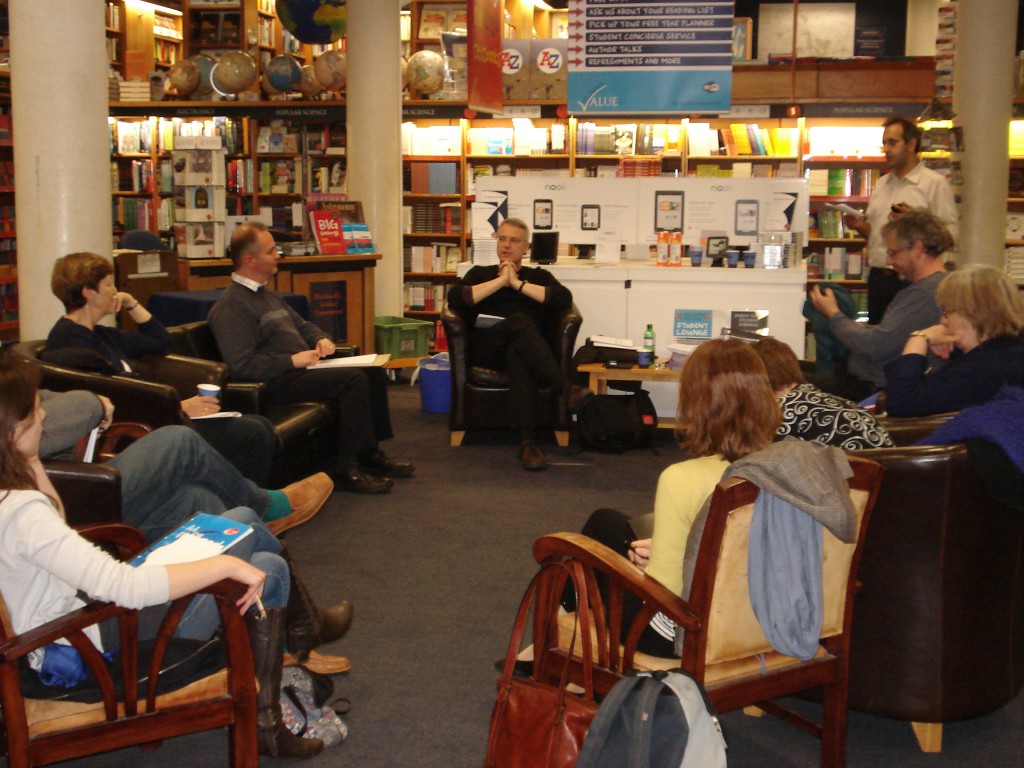 On a blustery and quite unpleasant Monday eve last night I resisted the temptation to stay at home & cuddle up to the witchcat/radiator and headed out for a 2 hour workshop with Richard Skinner (yes he of the Fiction programme at the Faber academy) entitled Practical Writing tips. Our homework before we got to the class was to write exactly 150 words on the subject of swimming. So clutching my homework (and being careful to avoid any dogs who looked like they were hungry) I travelled into Oxford to Group 2012’s (yes my writing group, who had organised this shindig) spiritual and actually very real home, Blackwells. 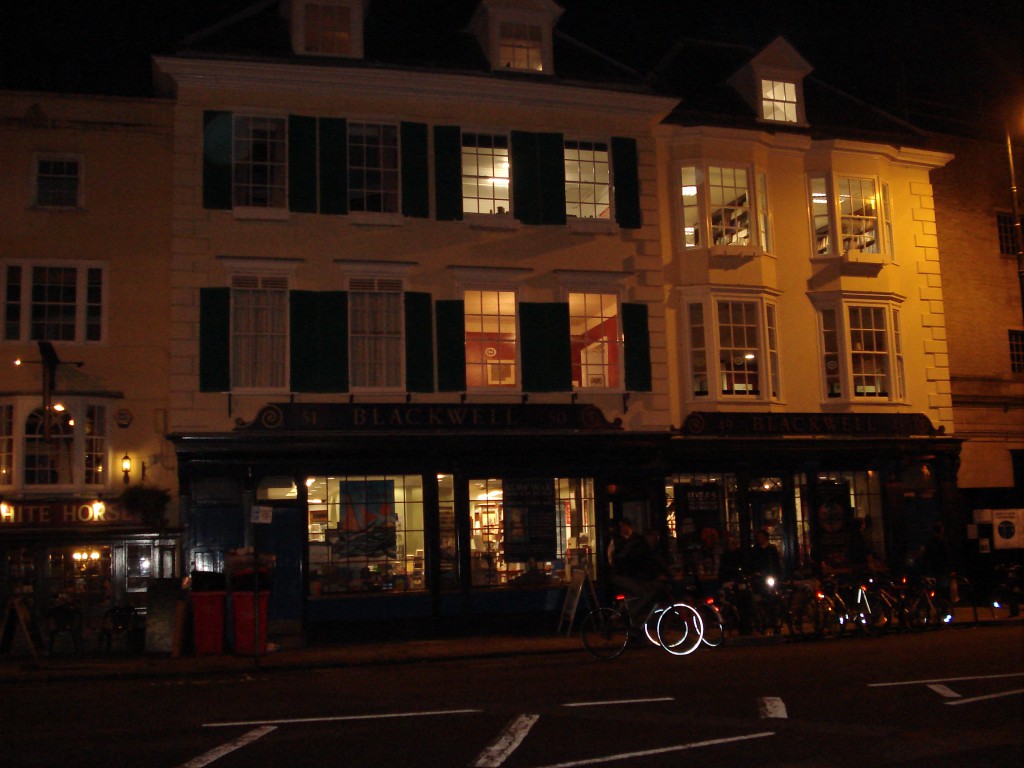 Grand high leader Zool was there to greet us and smile reassuringly before we were left with Richard. 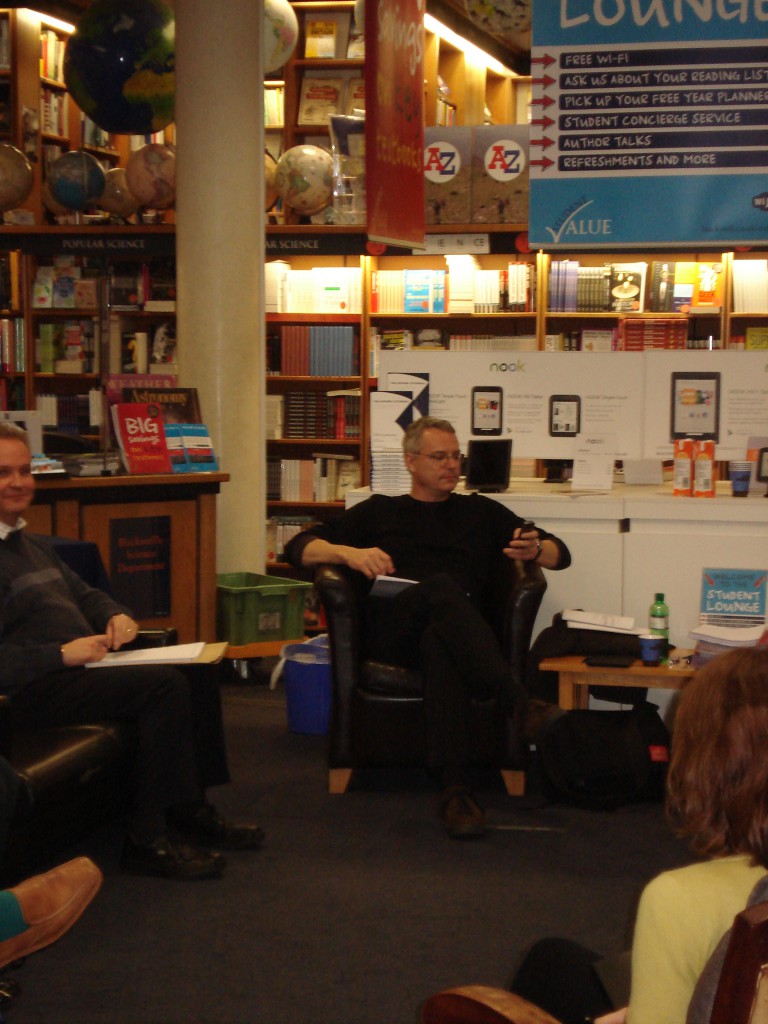 This is a man on a mission, a writing mission! Our first topic for discussion was narration, there was a show of hands as to how many people were writing their narratives in first person (yes nearly everyone) and how many in third (not very many at all). Richard then revealed that there was a 3rd way of narrating that meant you weren’t tied to one character but got the benefit of a range of reactions from a few, he even suggested we had probably been doing it already without realizing it (result!). The official term is free and indirect style, it lets you go into characters heads for just a moment & is characterized by the thoughts conveyed in the writing being from one of the characters rather than the narrator. He did warn however to keep the insight quite brief and not to use too much or the effect will be lost. We were given an exercise to spot the fragments of FIS in and encouraged to use it in our own writing projects. 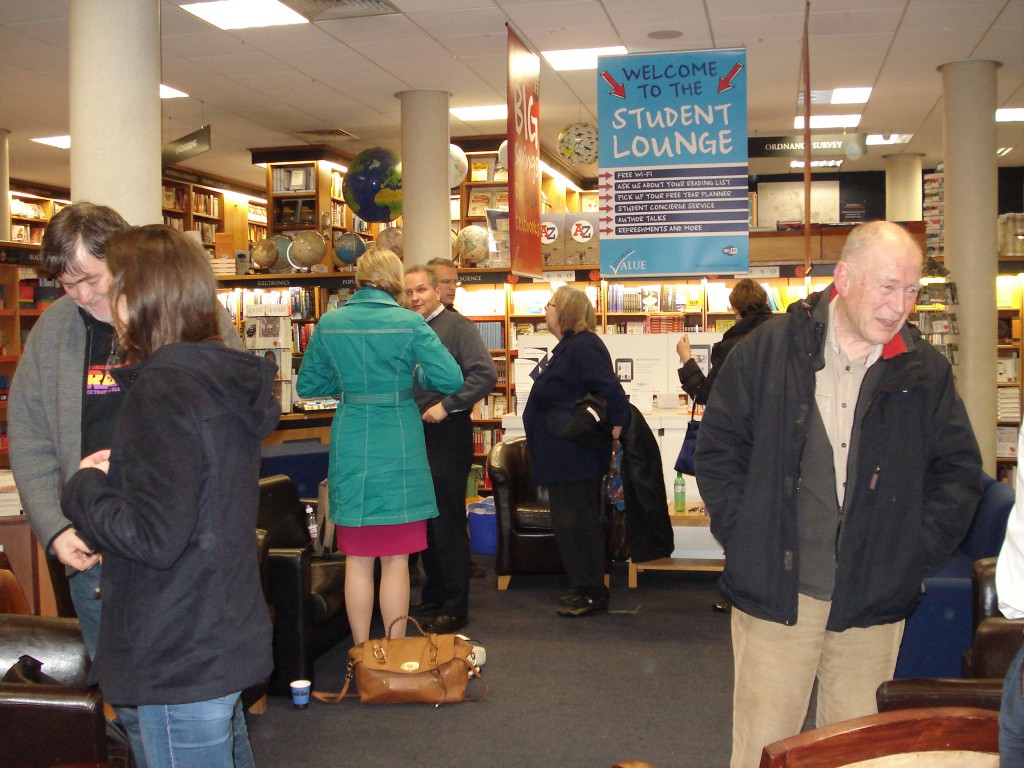 Next up was the editing exercise in which we had to hand over our homework to the person next to us and it was their job to edit it down to 100 words. After that we were given the piece back to edit down to 50 words and asked which version we preferred. Most of us went for 100 words, but the exercise was to show the dangers of no edit at all vs too much editing. The final pearl of wisdom was 7 deadly sins of writing, sadly I think my novel is doing most of them but Richard encouraged us to write first, put the manuscript in a drawer for a couple of months then go back (which again I haven’t done, I’ve been trying to edit as I’ve been going along). So with November being nanowrimo month (me and the novel are here) I’m going to give it a go, thanks Richard!

Group 2012 and a breadstick experiment