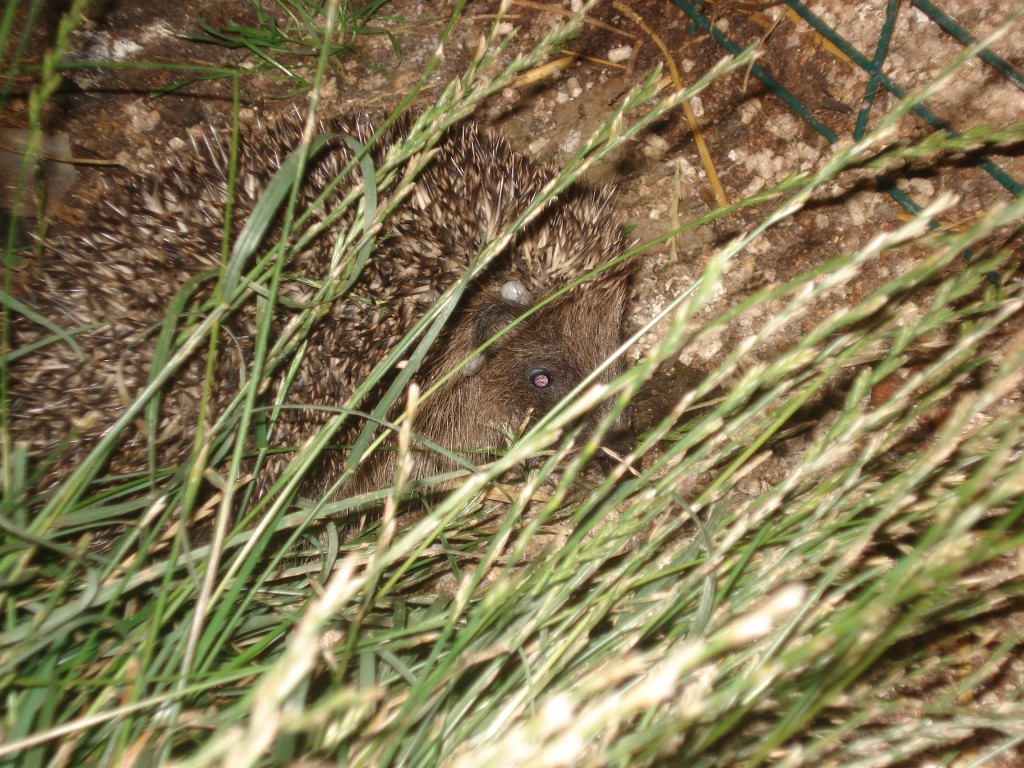 Last Sunday I shut the hens away a little later than usual and became aware of a rustling in the undergrowth by the run. On closer inspection we found this little fellow trying to get into the run to eat the girls meallyworms. The next day I went into our local pet shop for some hedgehog food and Jam repurposed chicken cam. We managed to get a live feed running to Jam’s computer and so that night loaded the bowl and waited. Here is what we saw: 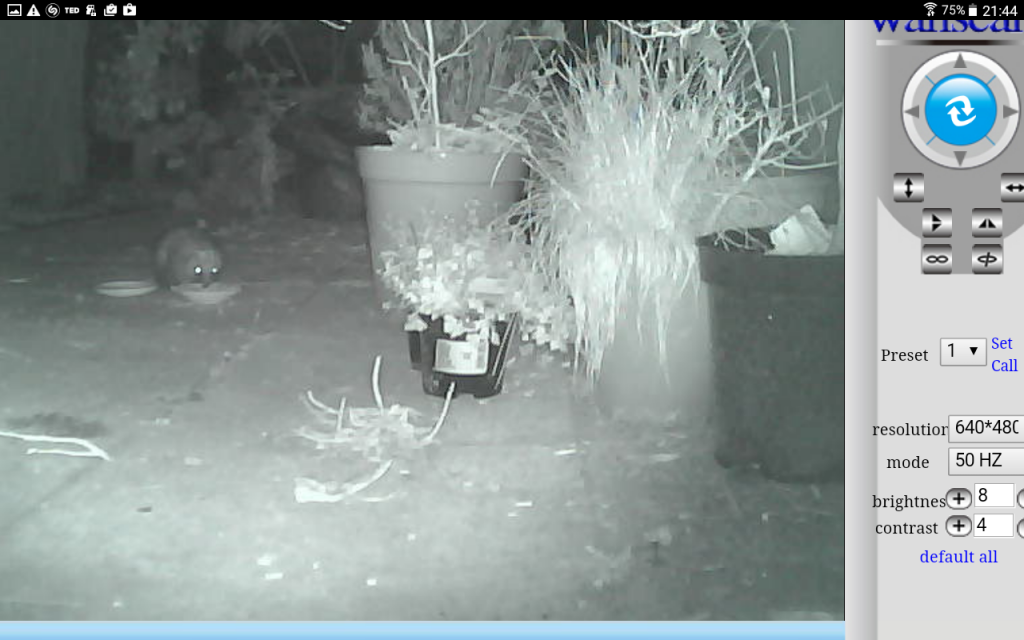 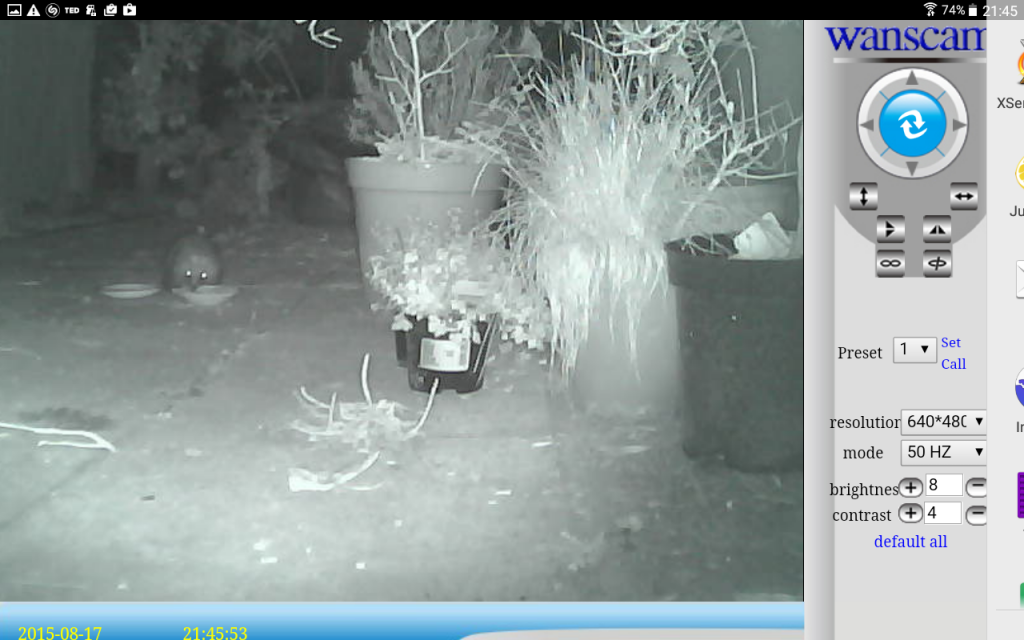 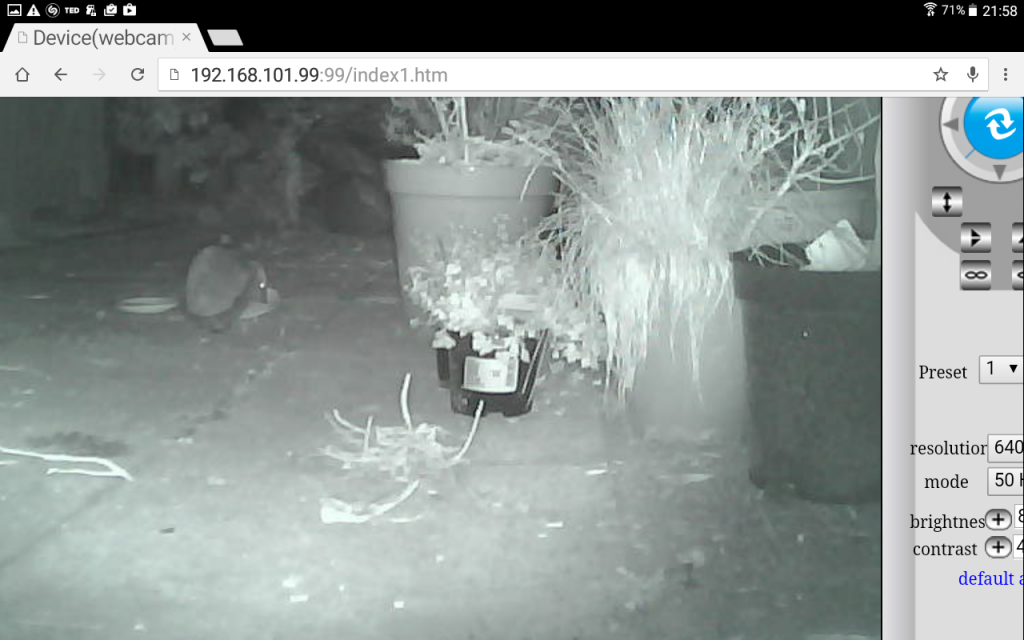 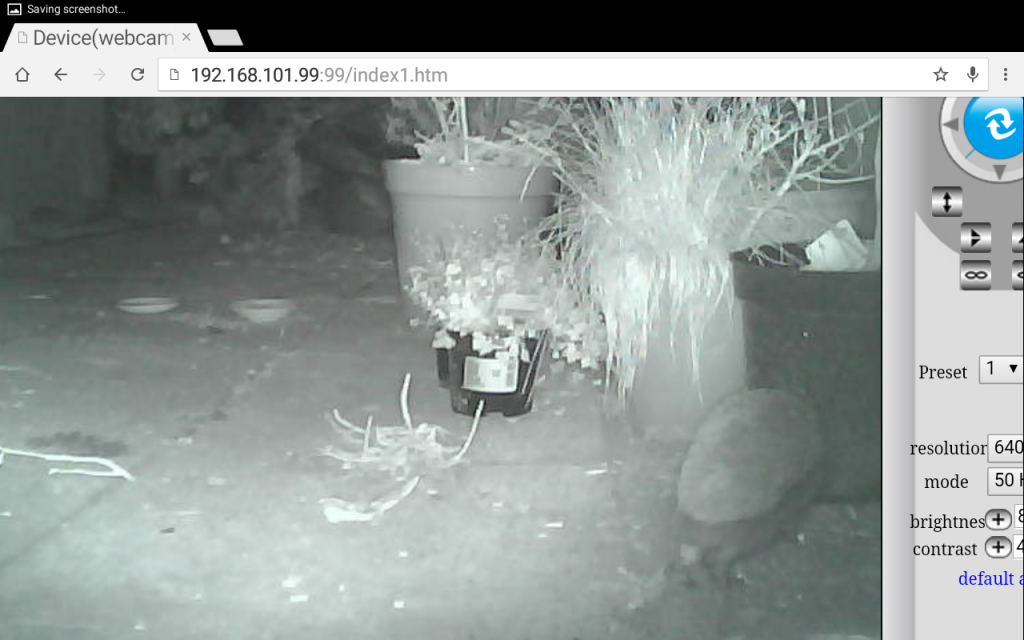 (this one didn’t seem to think too much of the camera and kept his bum to it most of the time). It was fascinating watching the camera & just after we had seen the first one feed we were going to switch it off when the second one showed up. I was surprised by how fast they moved but also how nonplussed they were by the cameras and much to my relief the neighbourhood cats weren’t tempted by the hedgehog food (which is very like & looks like cat food. We’ve seen the hedgehogs every night since (our back garden should provide ideal habitat as we’ve let it go a bit overgrown for wildlife and don’t use slug pellets or any other nasties) to give them a further hand I’ve carried on leaving food and water out for them (although their diet has not just been hedgehog food, on going out (in daylight) to shut the girls in a couple of nights ago we found the hedgehogs had breeched the eglus defences by strolling in the open door! We are really enjoying our garden visitors and hope to see them in our back garden for many nights to come (I’m also looking into sustainable hedgehog housing for their winter residence 🙂 ). 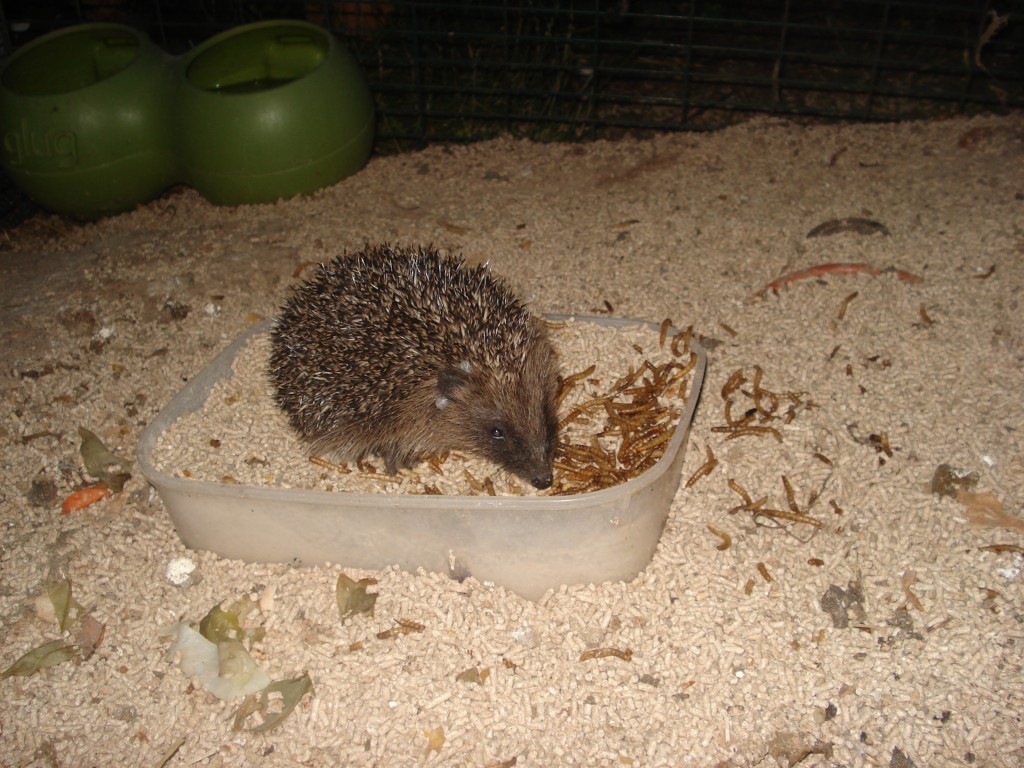