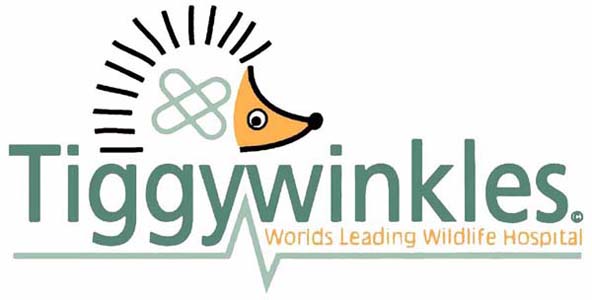 This weekend in a trip that has been long overdue I set off with Trish to visit St Tiggywinkles wildlife hospital. Primarily known for being a hedgehog hospital the site also takes in and rehabilitates all species of birds (including lots of the beautiful local red kites), badgers, roe deer, foxes, waterfowl, bats (oh and did I mention hedgehogs?) 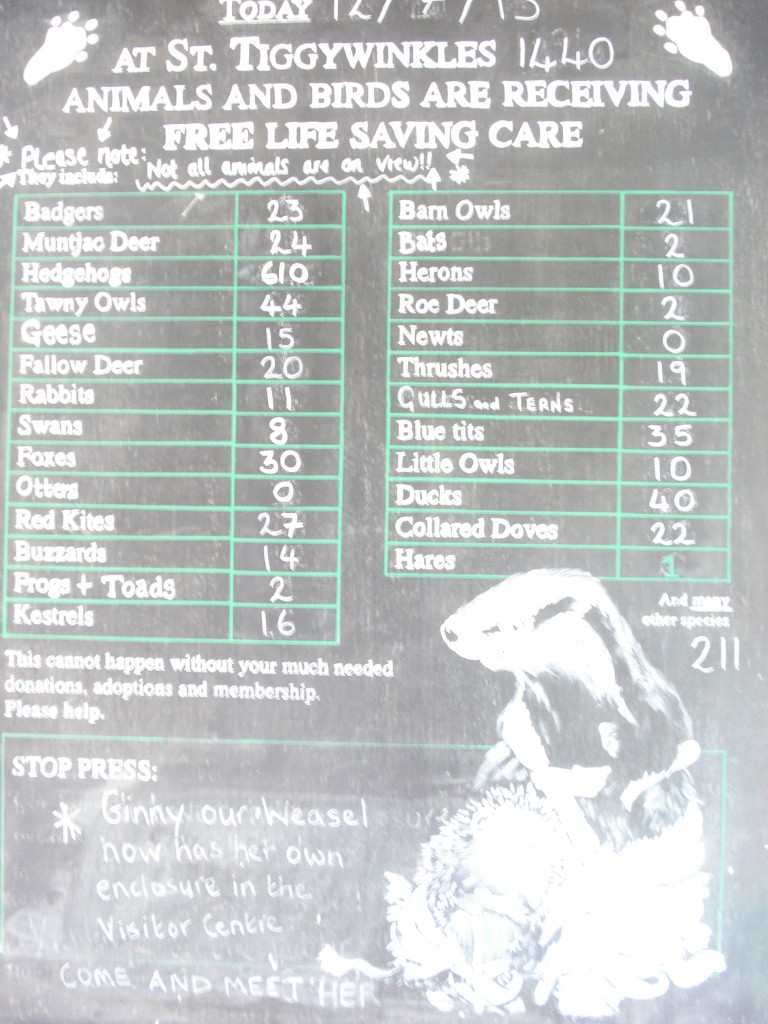 They even have their own wildlife ambulance to whisk the casualties from where they’ve been found into the hospital. 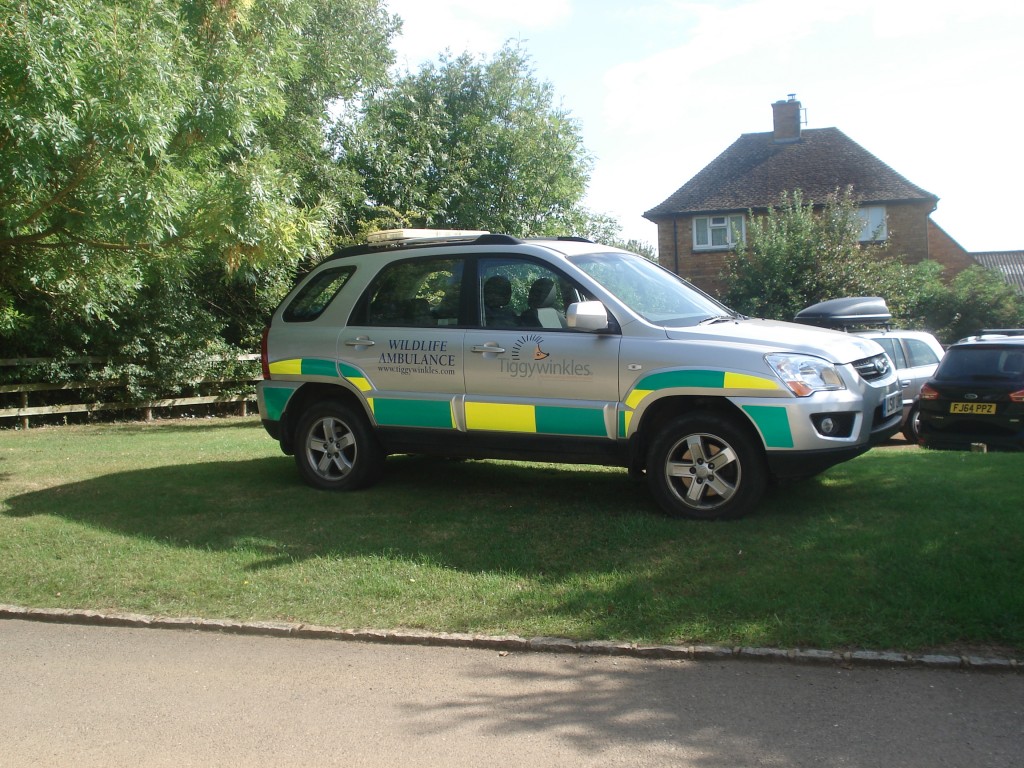 The aim in all cases is to ensure that the animal is given first class care and is well enough to return to the wild, unfortunately some animals are too badly injured or have injuries of such a type that mean they would not survive if they were released, so these become permanent residents. Our first stop on arrival was breakfast with the foxes, Tricia who had been before said they weren’t out when she had visited previously. When we reached their enclosure there were signs of them hanging about, although they stuck mainly to the back where they could hide amongst the grasses. 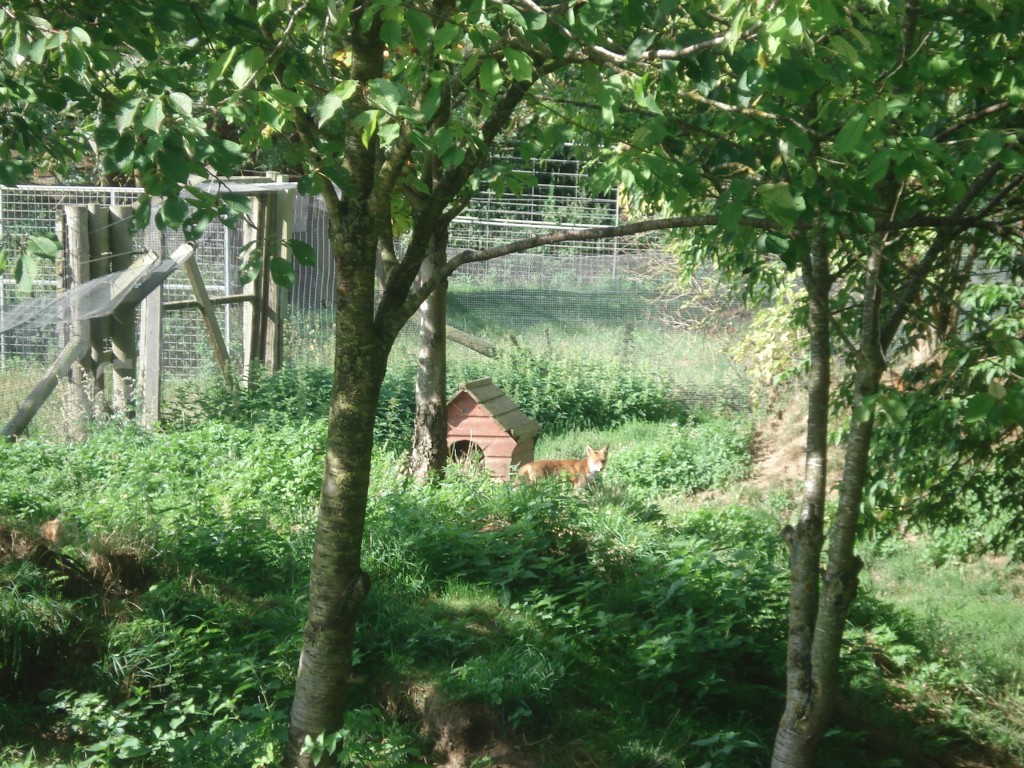 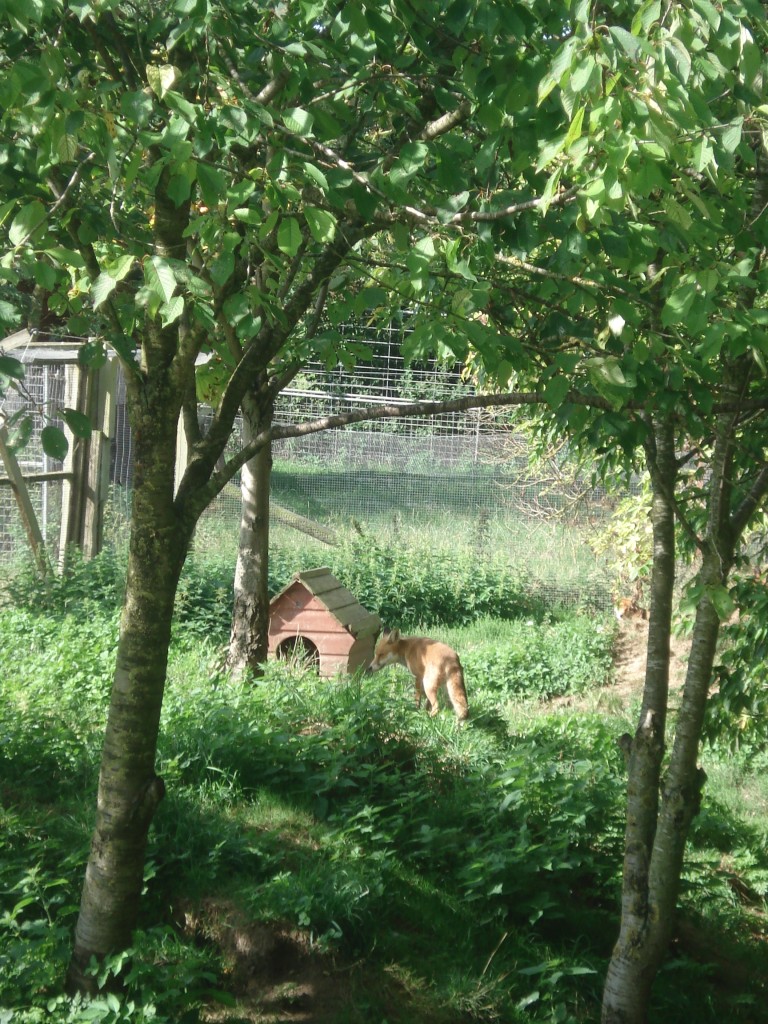 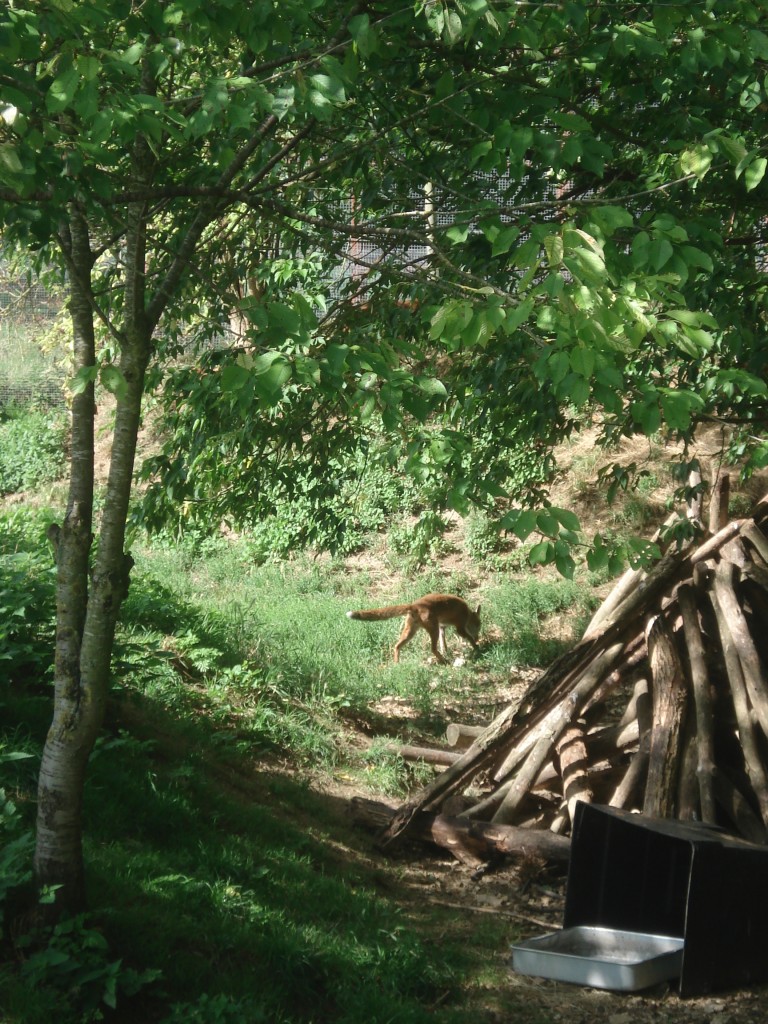 We were given a foxy farewell glance before he returned to his den. 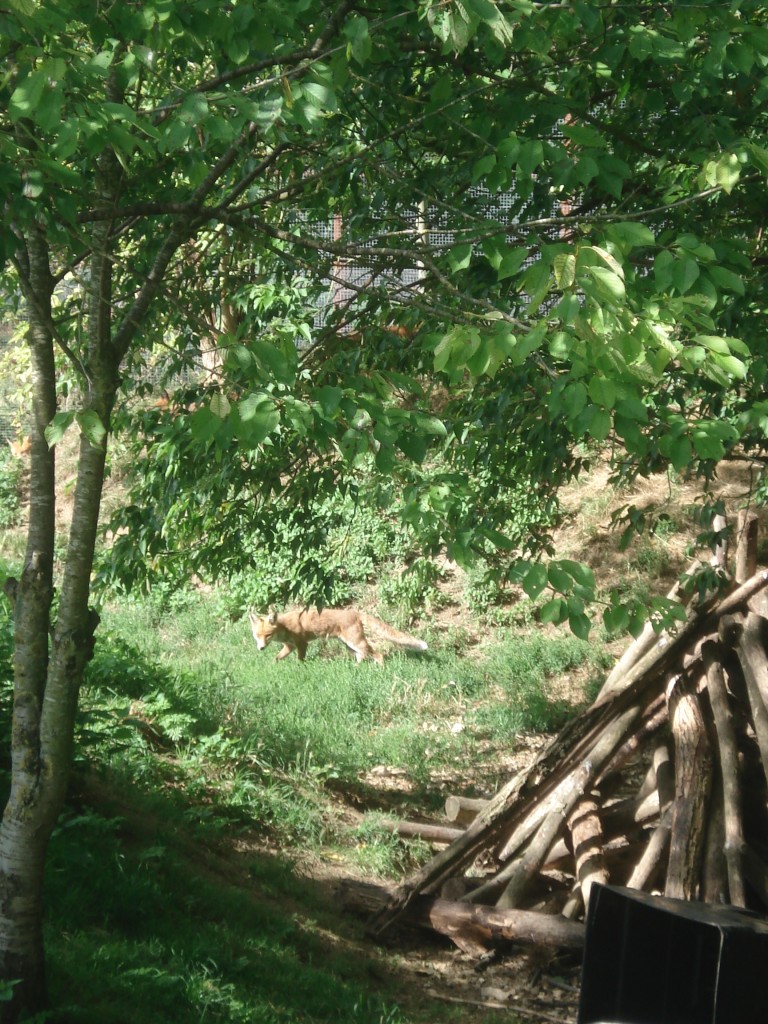 Lovely creatures. From the fox enclosure it was on to hear a talk on the resident hedgehogs who were housed in some very snazzy green wooden sheds (and duely fished out of these by one of the staff when it was time for the talk). As you can see from the chap below the hedgehogs at St Tiggywinkles looked huge in comparison to the two we have been feeding. The lady said it would be advisable to weigh them as if they are less than 600g they probably won’t be able to hibernate/survive the winter and should be brought indoors and fed. She also stressed the importance of substituting their natural feed (of slugs and snails) rather than aiming to replace it as snail shell in particular helps the hedgehogs digest other food . 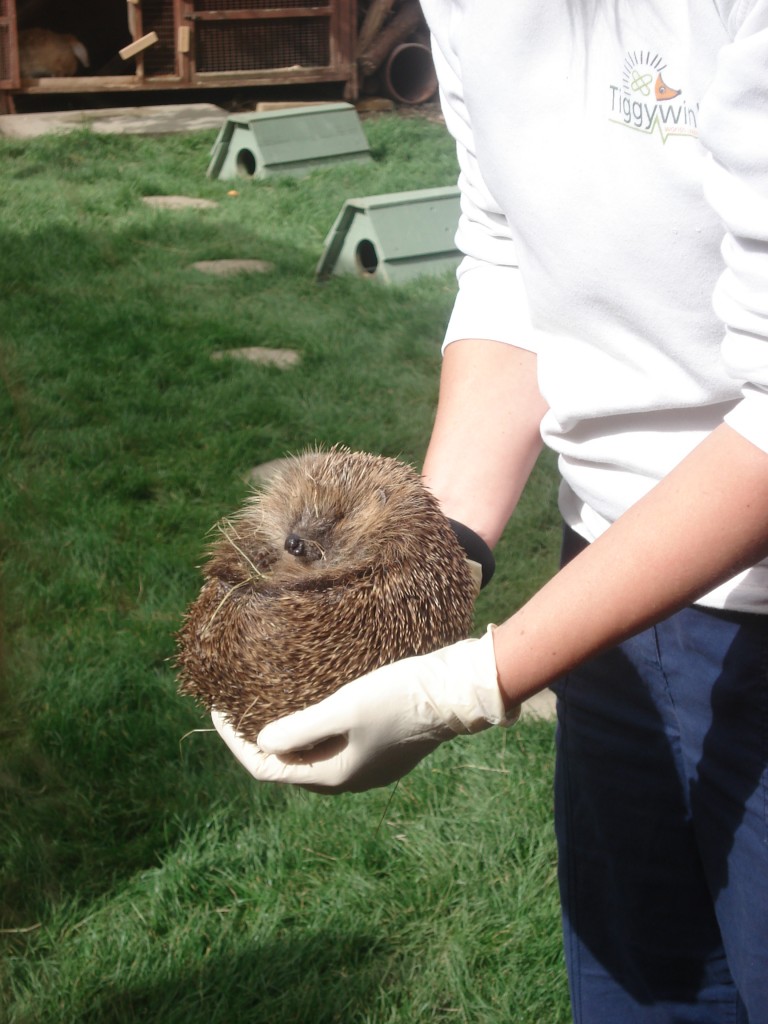 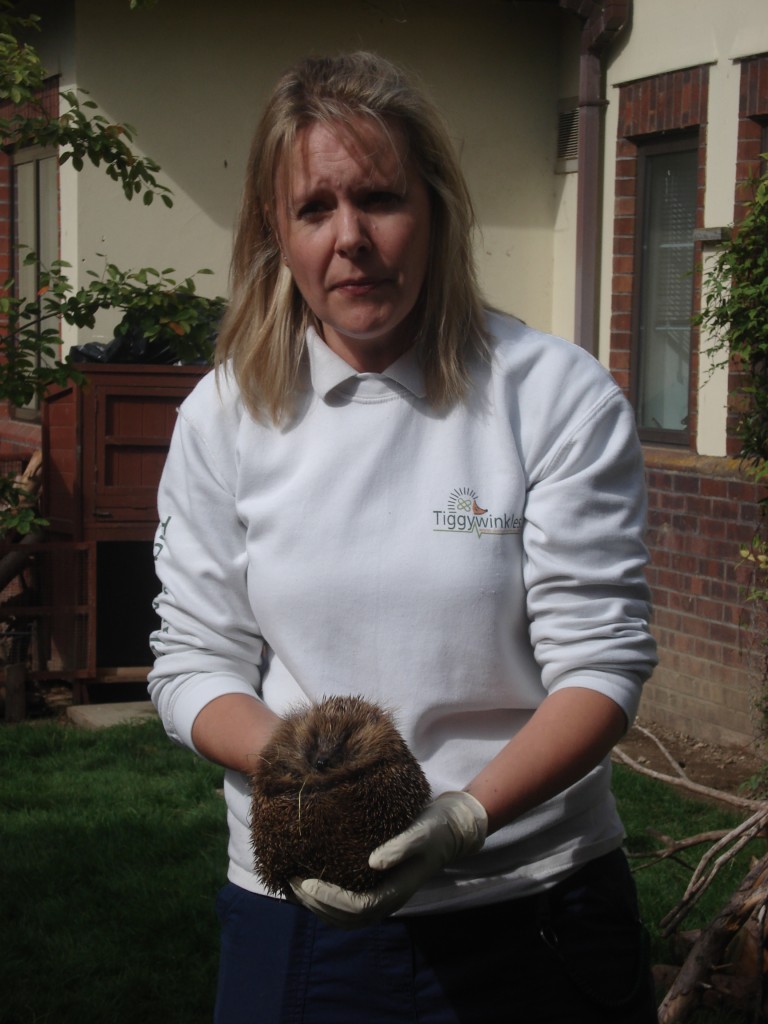 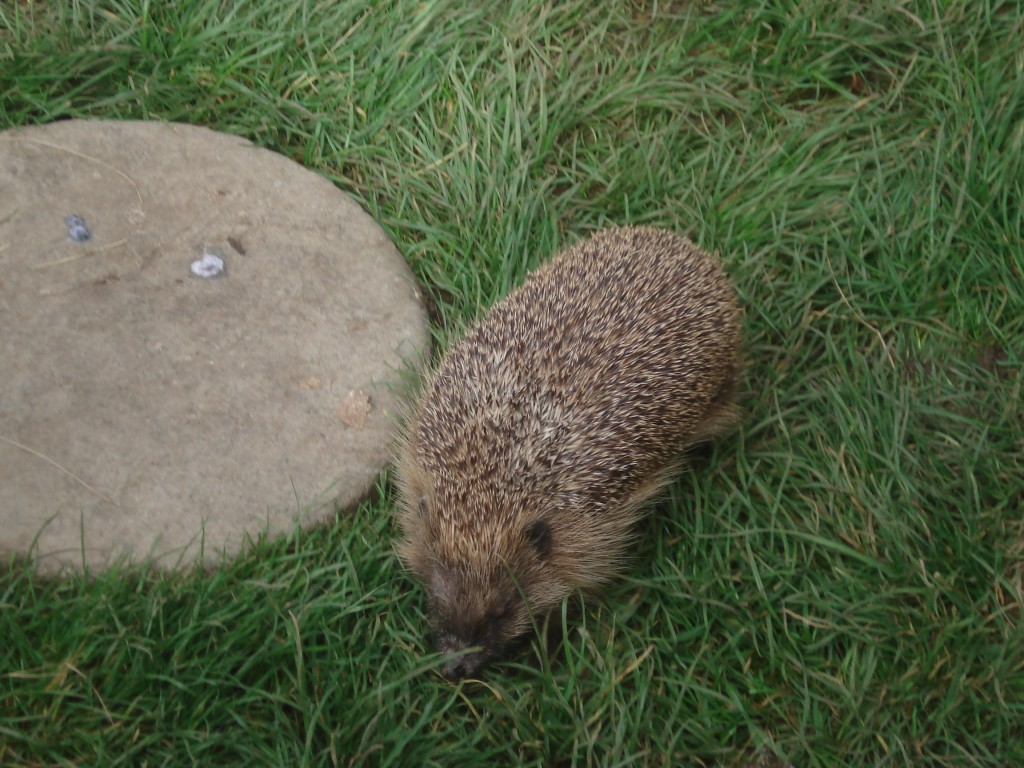 After learning yet more about hedgehogs we visited the intensive care unit where some birdy babies were being kept warm and being regularly fed. 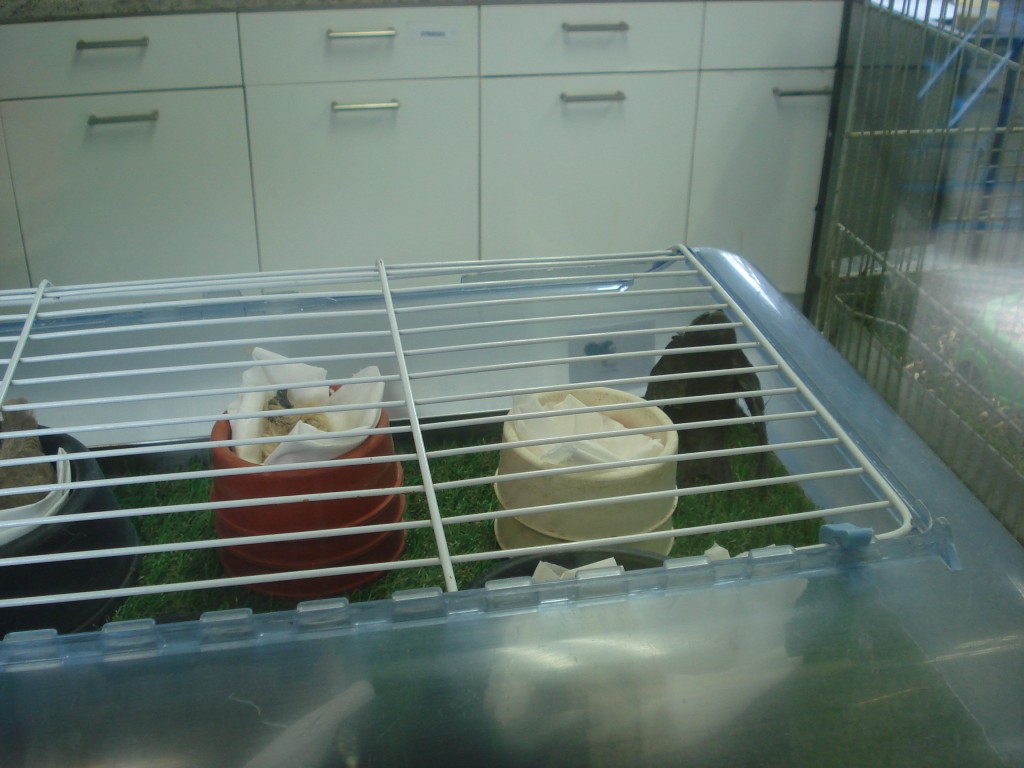 The bird on the far right is a baby swift (who had escaped his bed) there were also staff feeding very tiny hedgehogs: 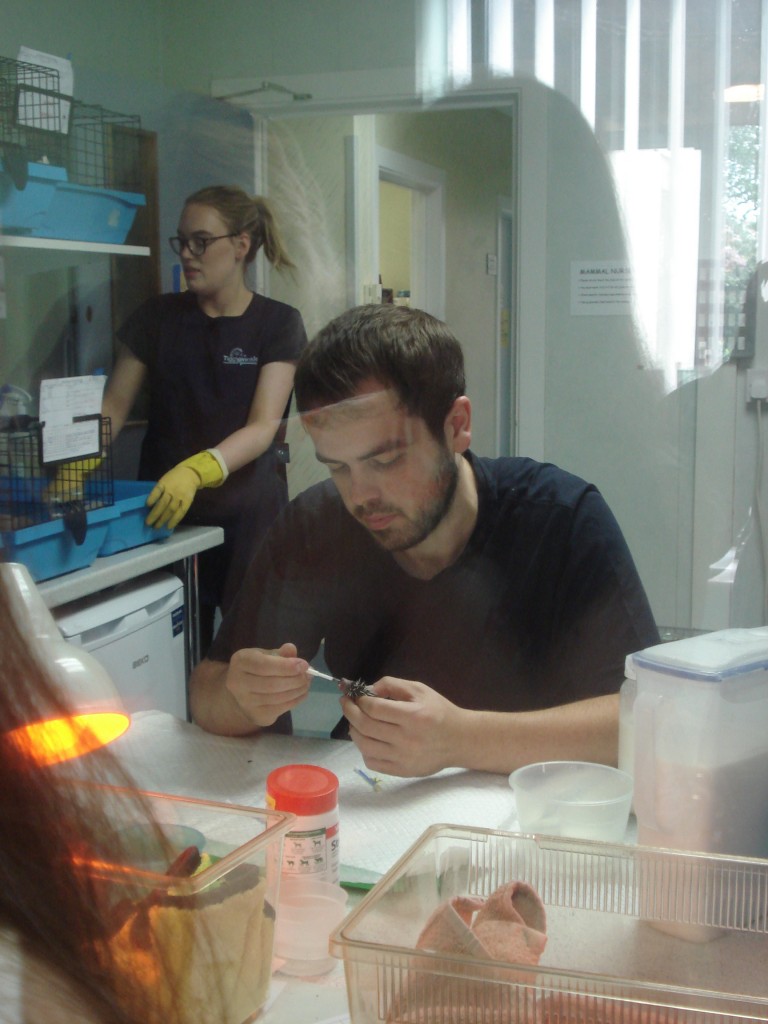 So small! Around the corner from the nursery there was also a collection of anatomical skeletons on display: 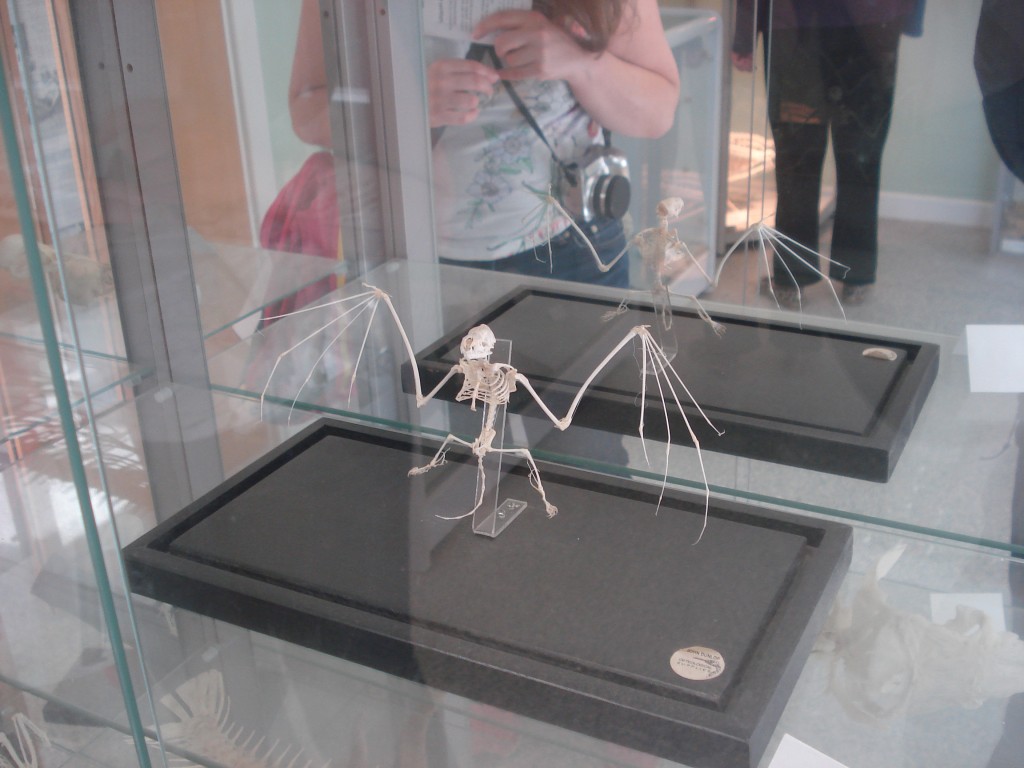 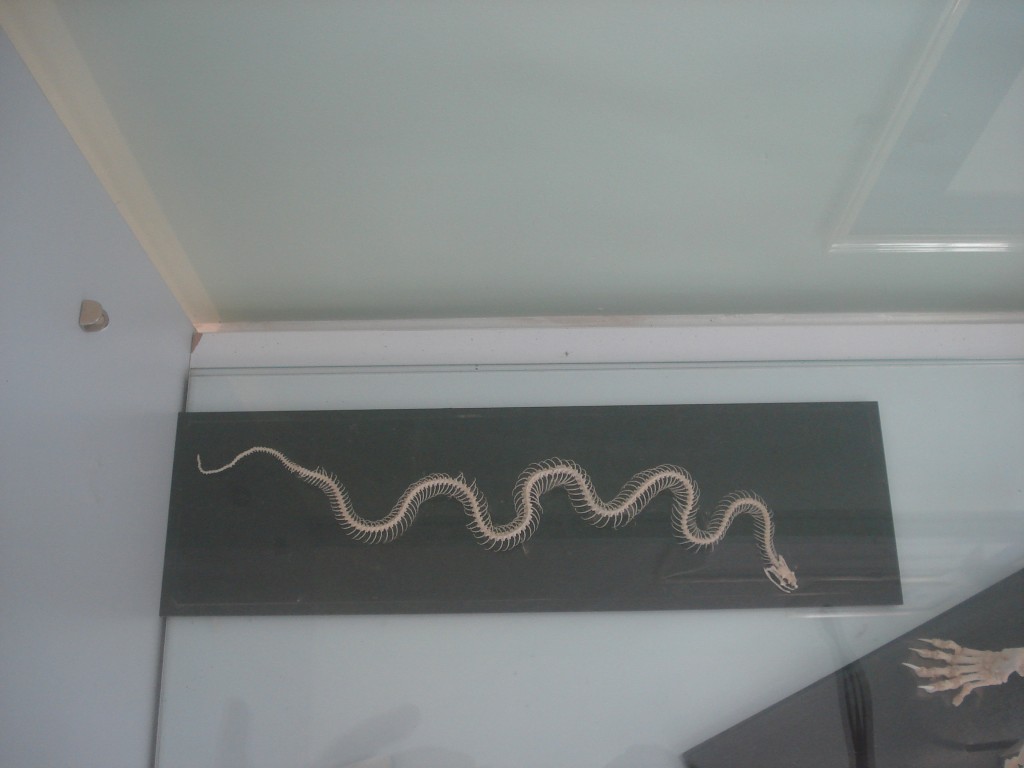 And after all those we returned to the outside enclosures to see a very handsome raven: 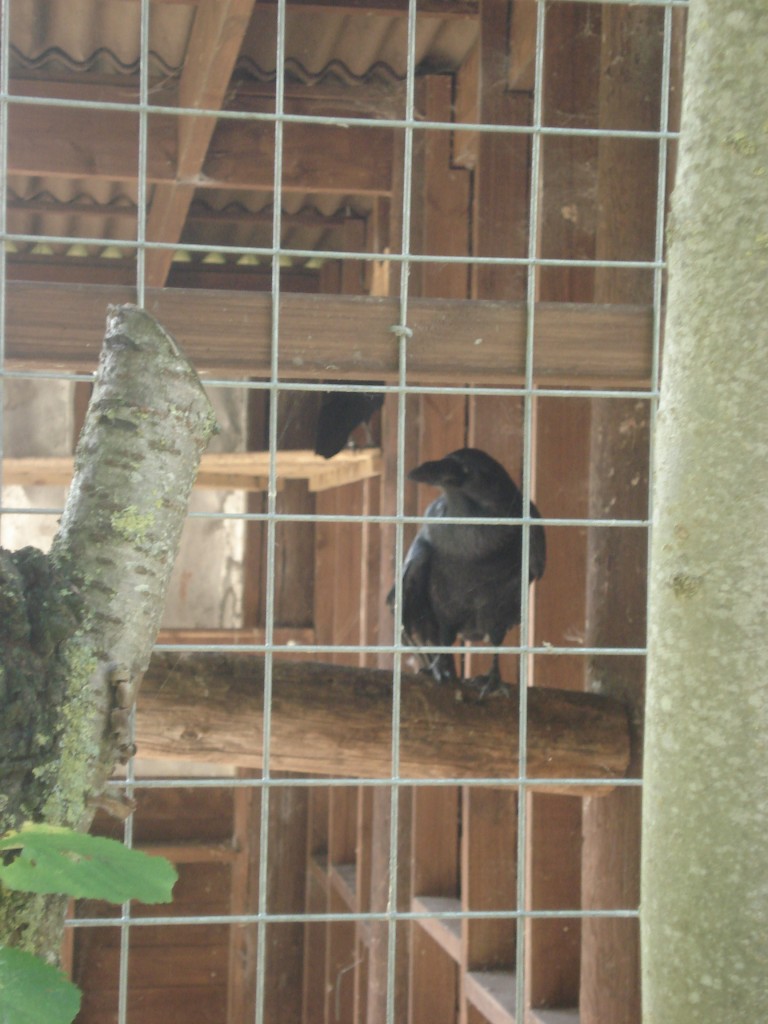 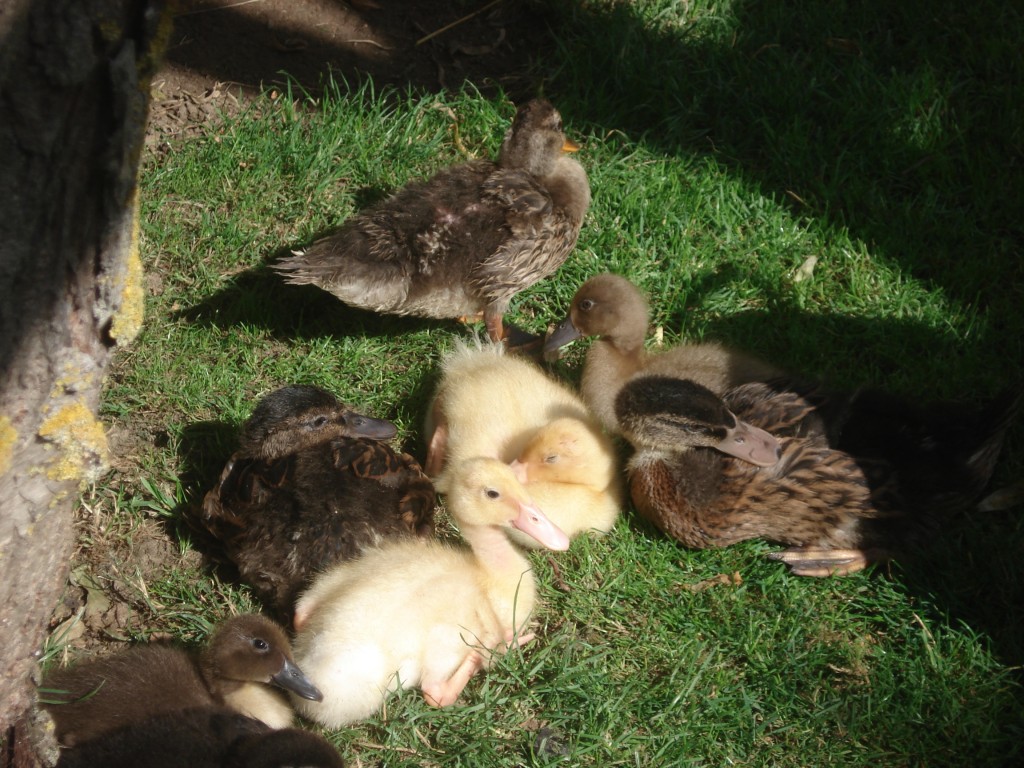 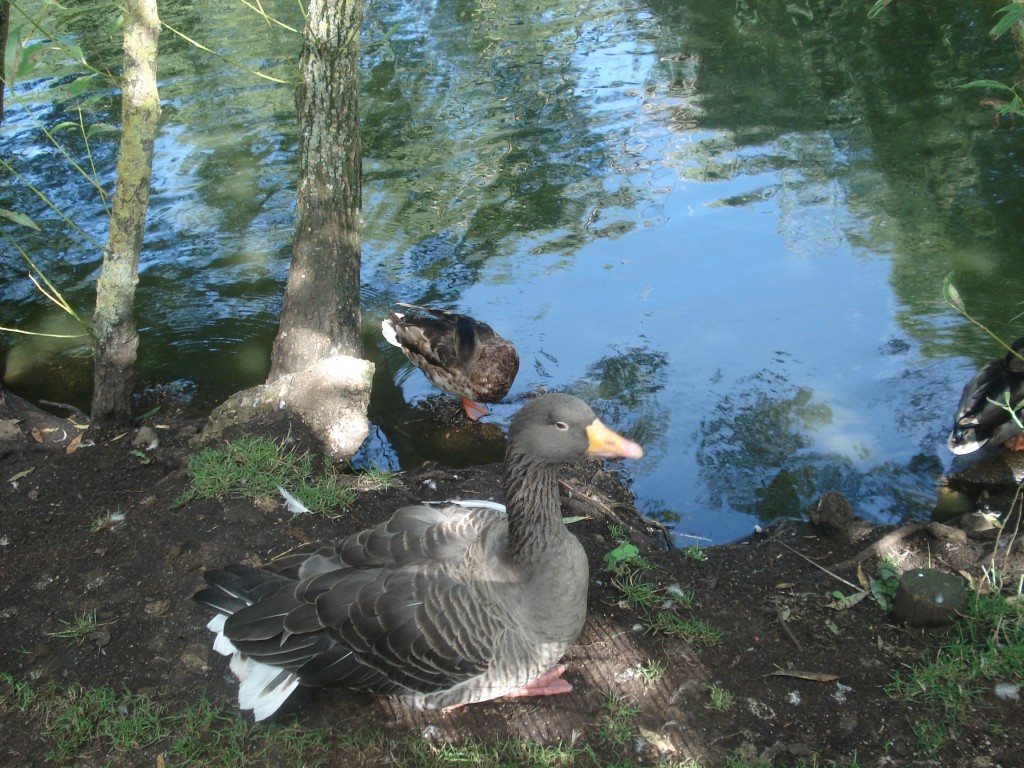 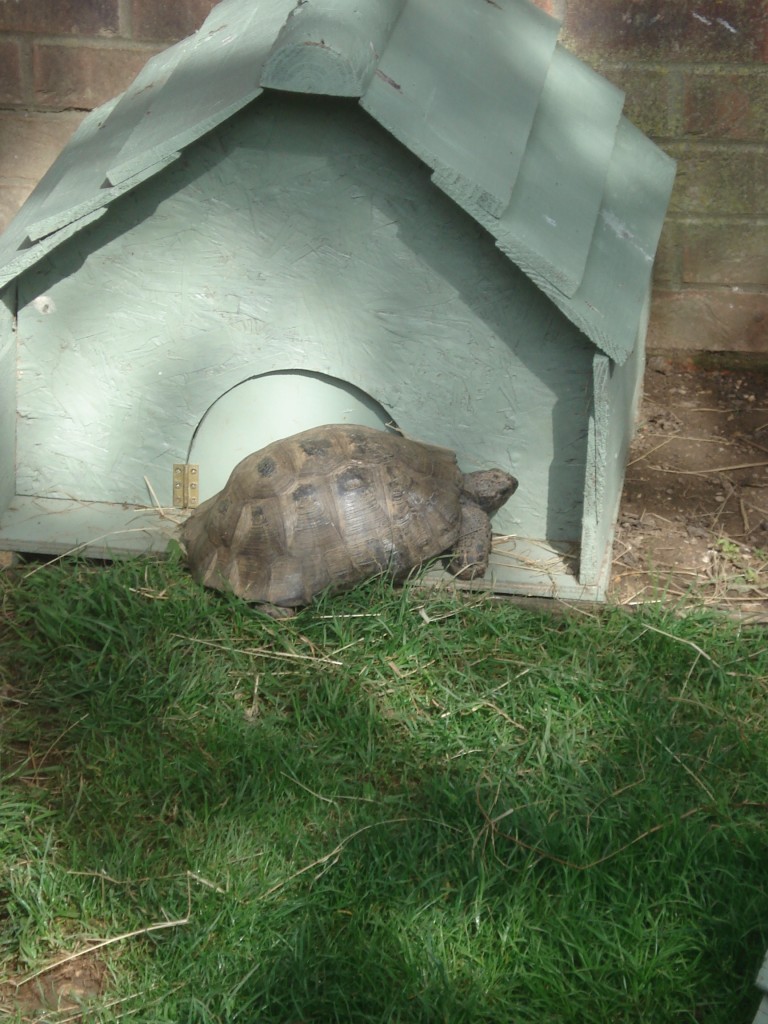 More red kites than you could shake a stick at 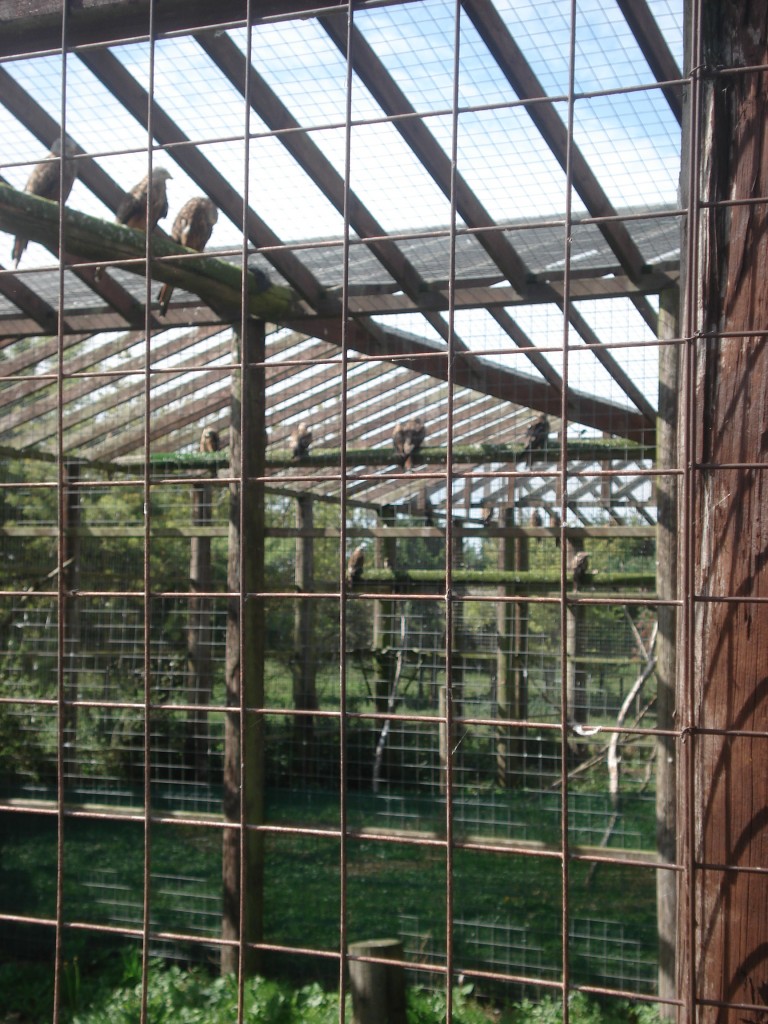 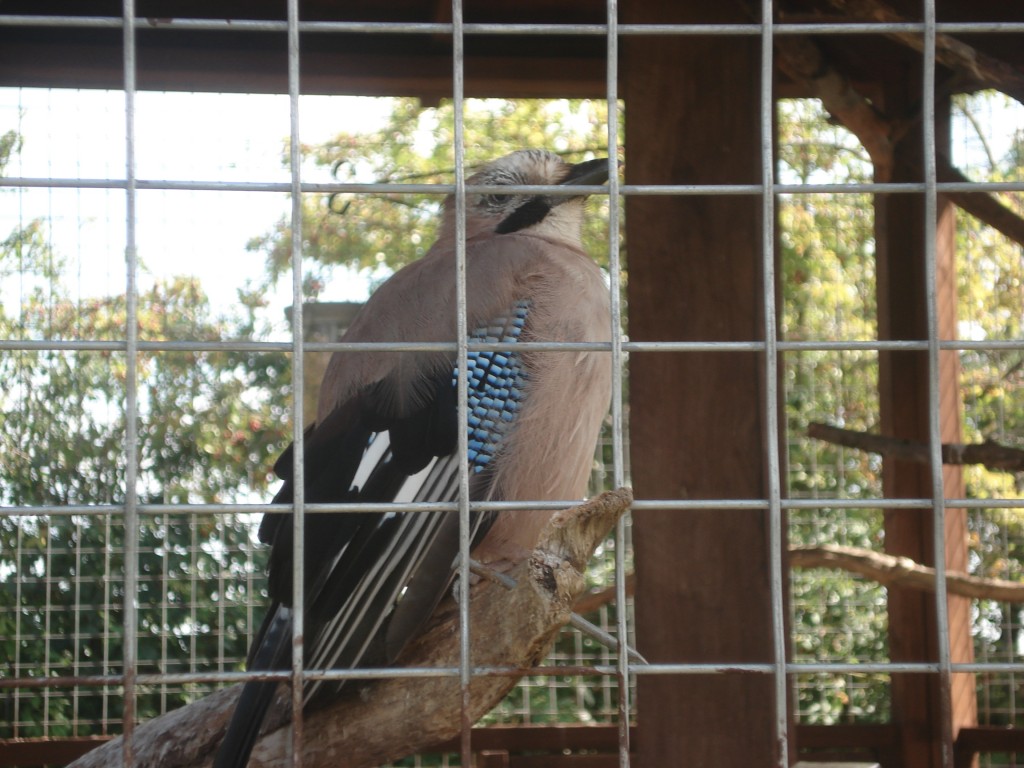 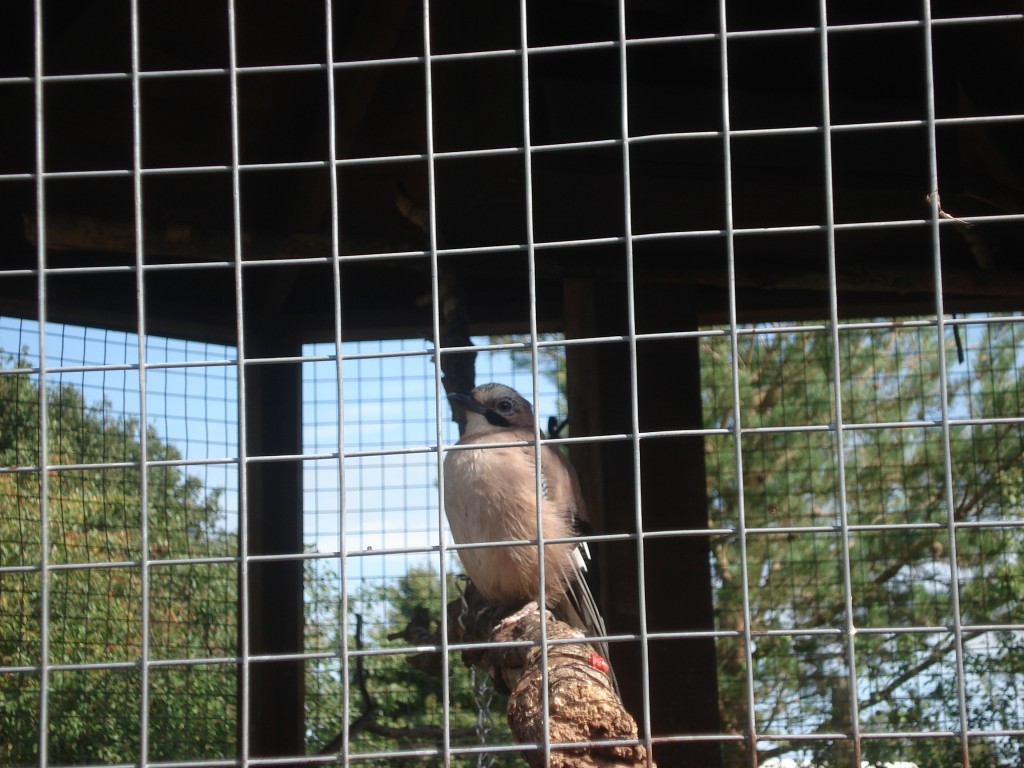 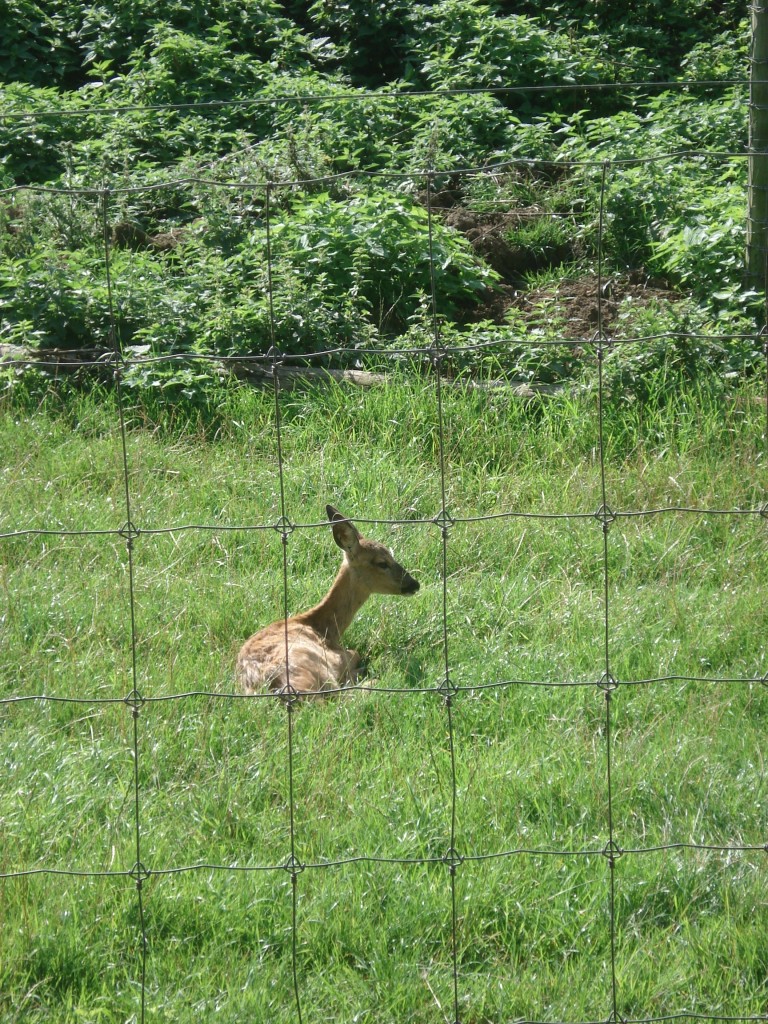