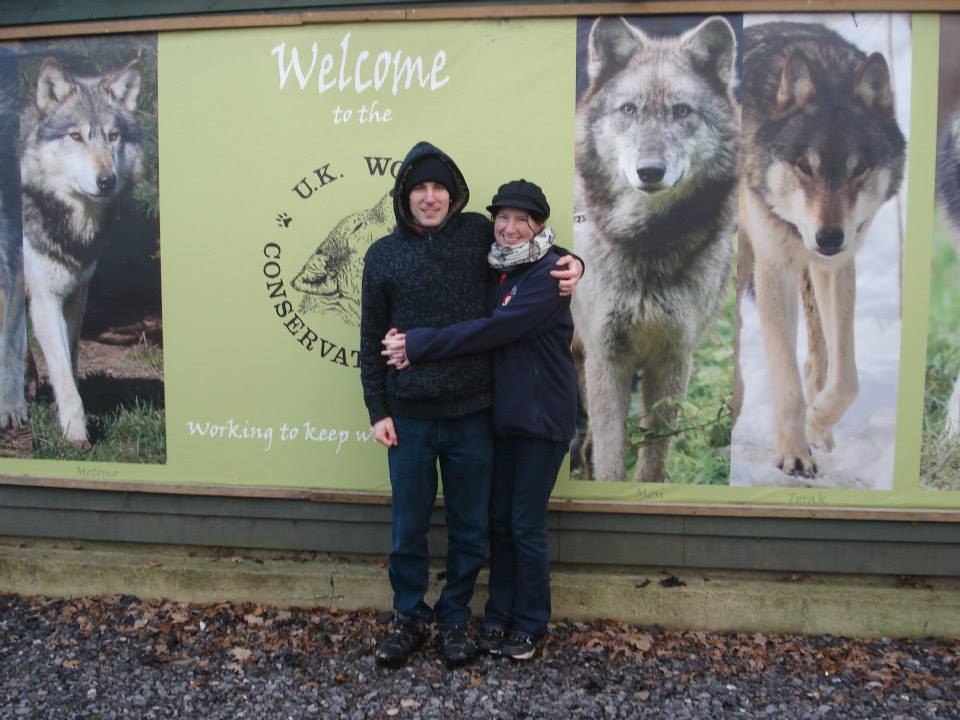 So this weekend for Jams birthday we headed off on a wolf walk which was of the fantastic perks of the membership to the UK Wolf Conservation Trust which Jam bought me as a present earlier this year. I wanted to wait till it was winter to go and visit the wolves as I think of wolves as a winter thing & this weekend was a preferred choice as it also collided with Jam’s birthday (& you should definitely do special things on your birthday J). We drove to Wolf HQ in Beenham (a beautiful village set in fantastic countryside midway between Reading and Newbury) and settled in a layby to eat our lunch. A couple of minutes later we heard the first howl echoing from the centre, we were definitely in the right place! 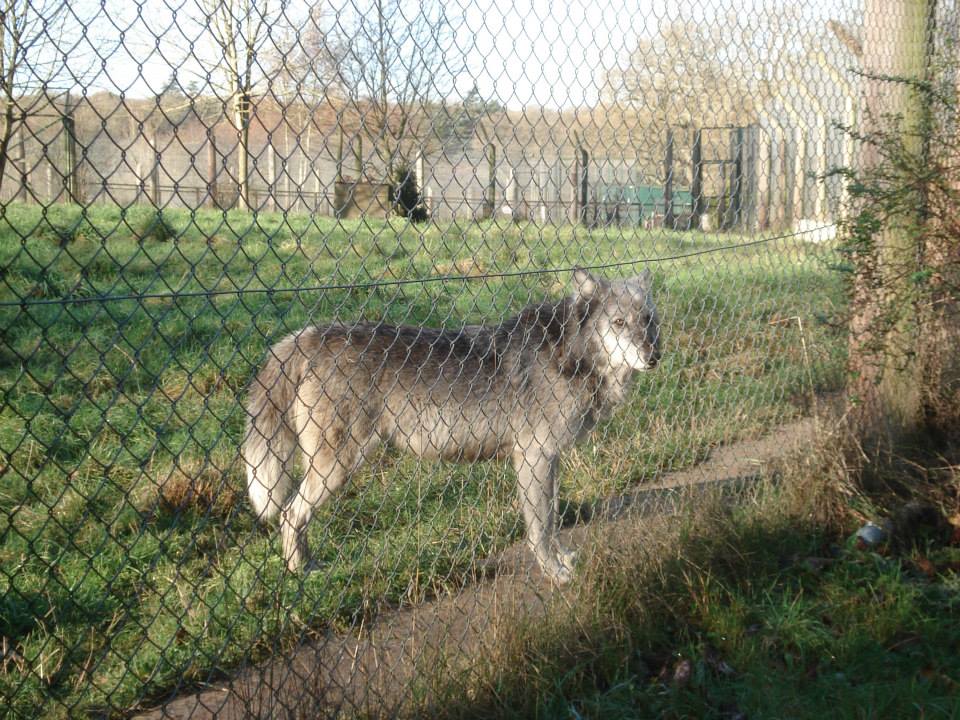 We went into the centre for a warming cup of tea while the handlers got the wolves we would be walking with ready. They were The Beenham Pack – Nuka, Tala and Tundra. All three were born in 2011 and although they were born to the same parents they looked completely different & had very different temperaments. 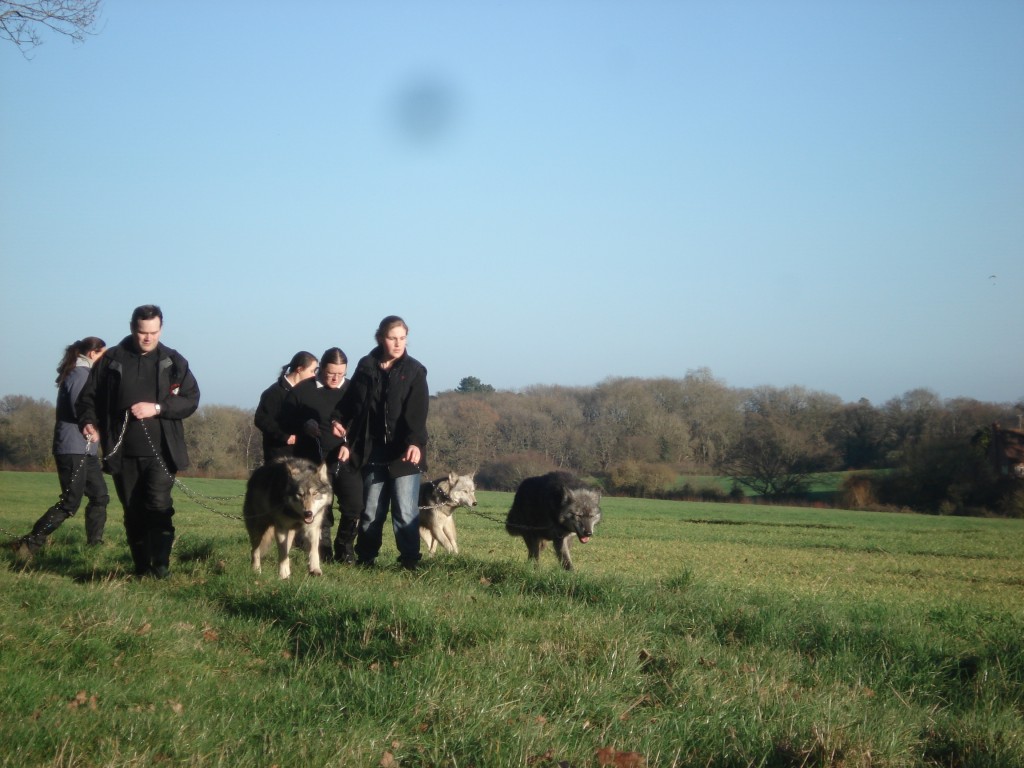 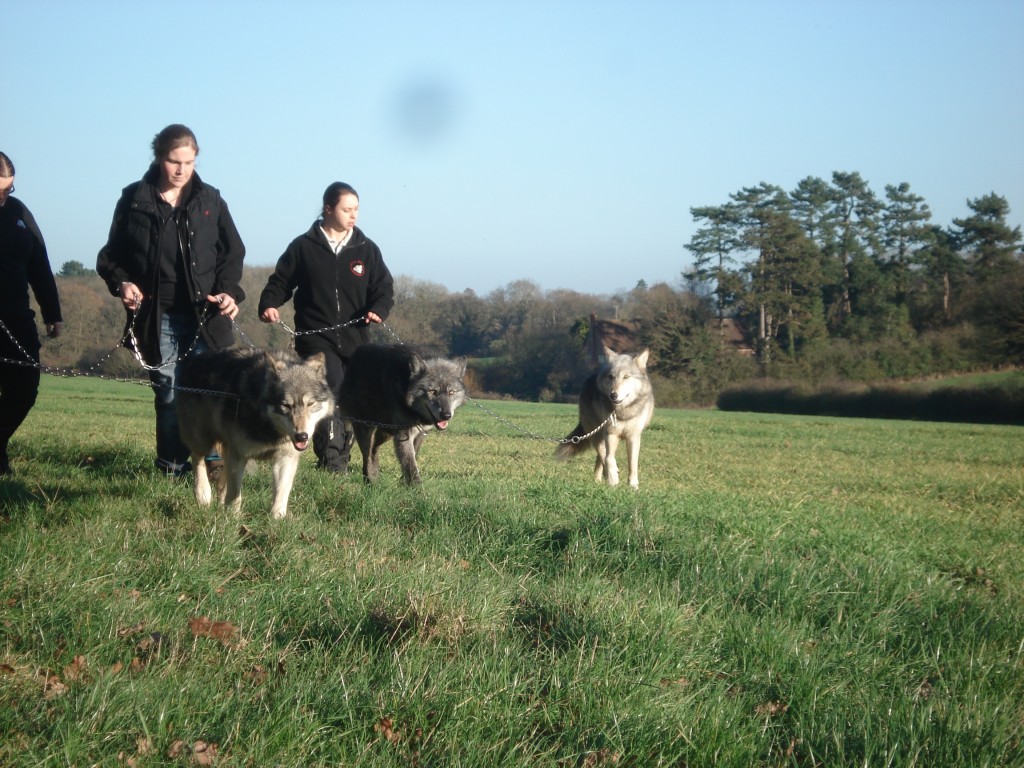 Nuka the boy was the most outgoing 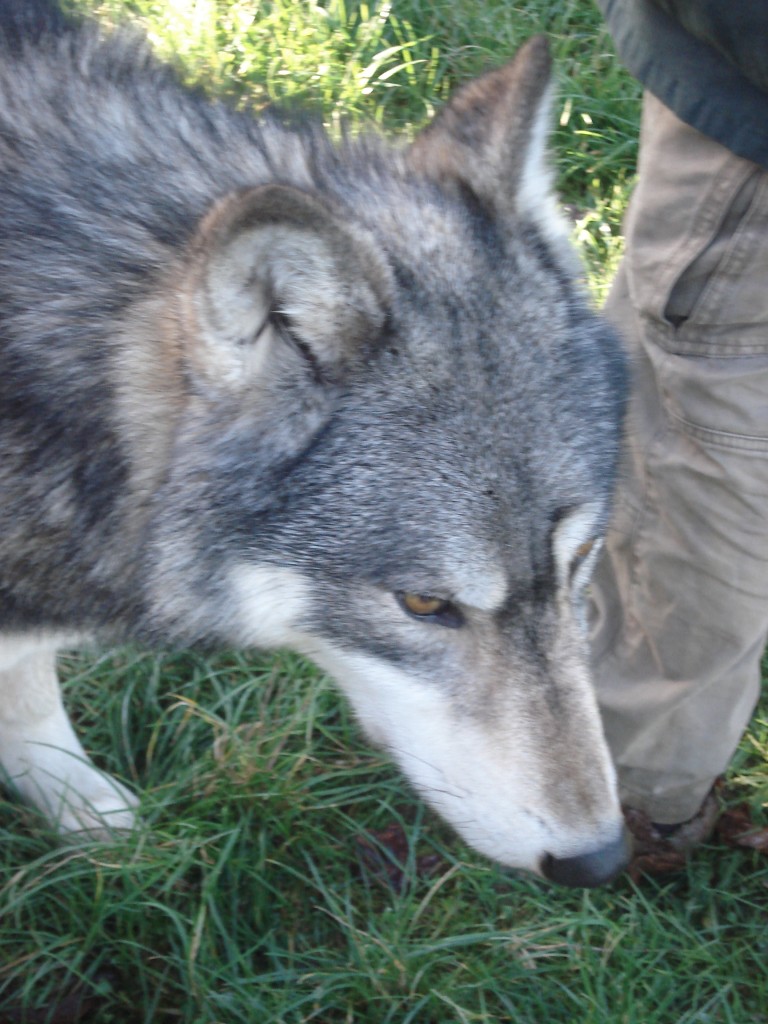 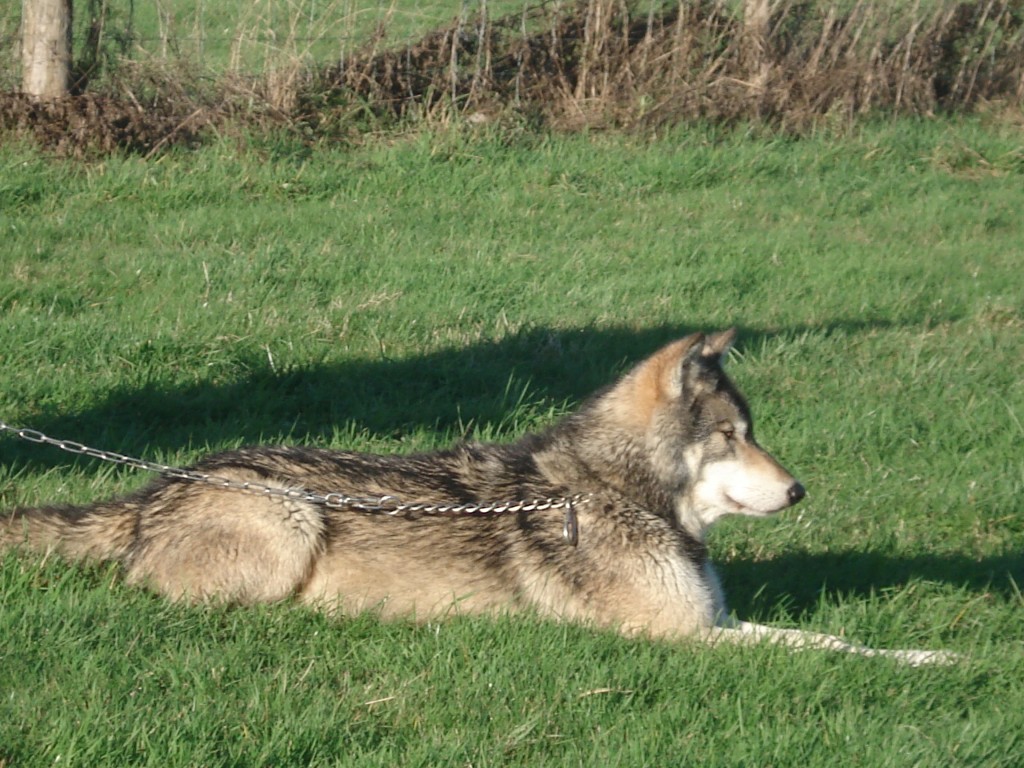 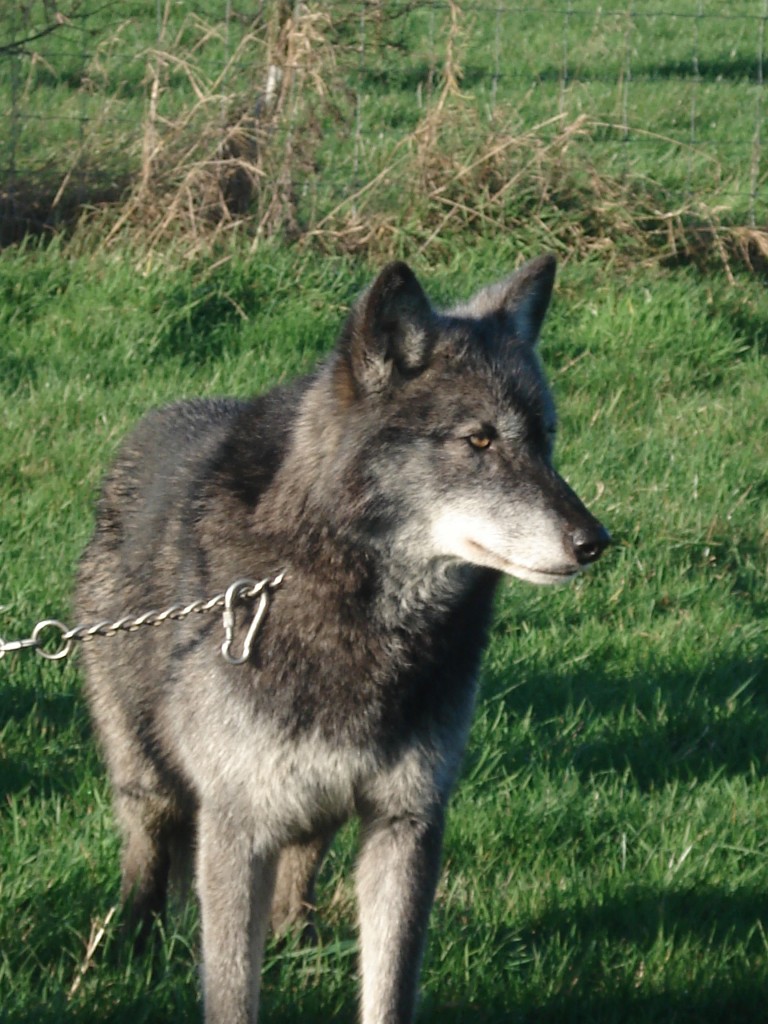 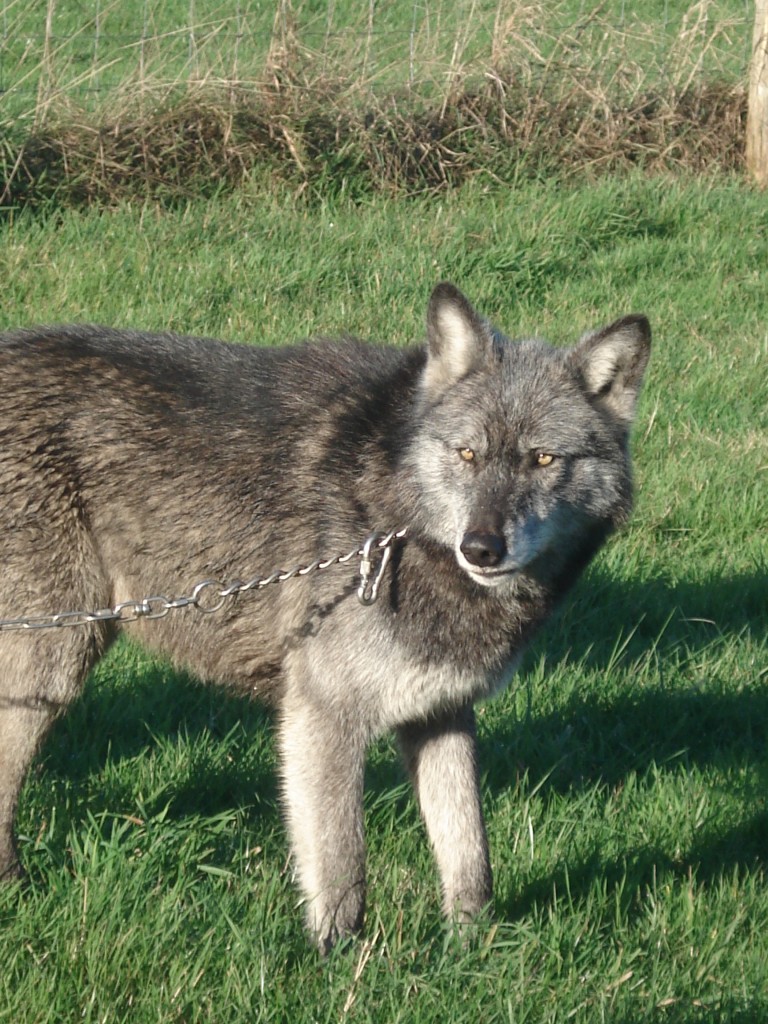 , Tundra was quite shy and generally stayed at the back of the visitors, but looked to be a lovely wolf all the same (she was Jam’s favourite). 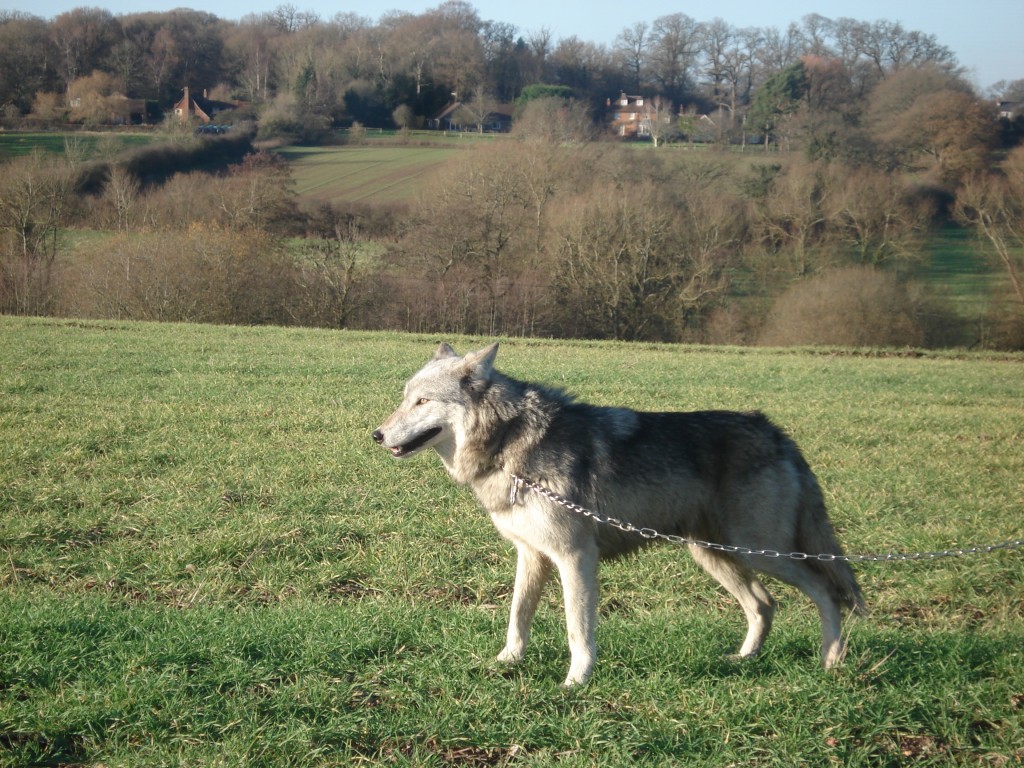 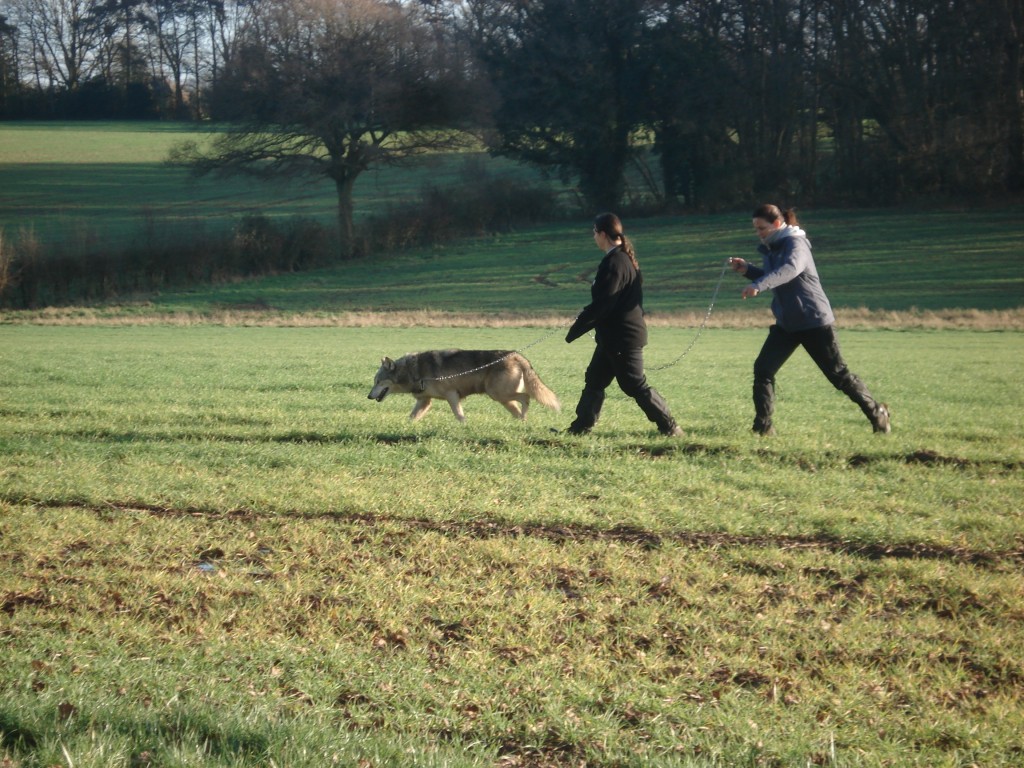 We had to let the wolves get our scent before walking with them, which involved us all lining up with our hands as fists in front of us and the wolves walking along smelling us if they wanted to. 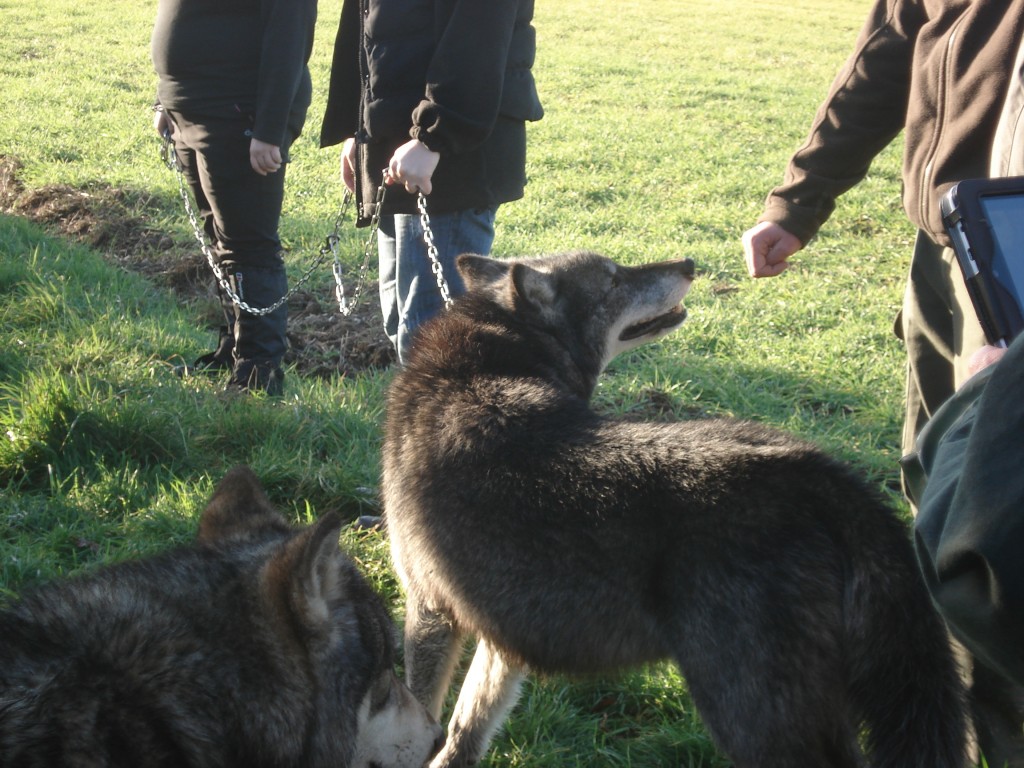 After this short introduction they set the pace and lead the keepers where they wanted to go (particularly Nuka who made his way straight towards some fox poo and rolled in it, and then subsequently against Jess’ husband because he had new wellies on which the keepers explained are one of the wolves favourite smells!). 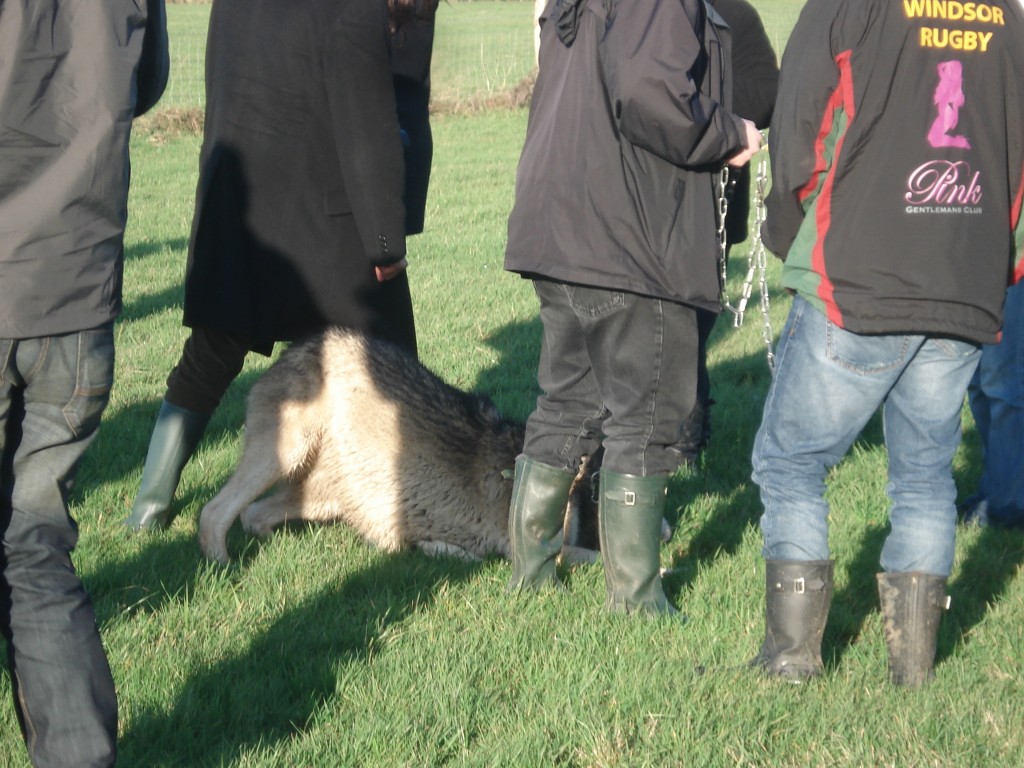 The weather was cold and clear & although the ground was mostly still frozen the sun warmed us as we explored the countryside. I had to pinch myself several times that we were actually out with the wolves as from a distance you could mistake them for dogs. Close up however you could see the innate wolfyness in their beautiful eyes & when they were next to the visitors or keepers just how much bigger they are. 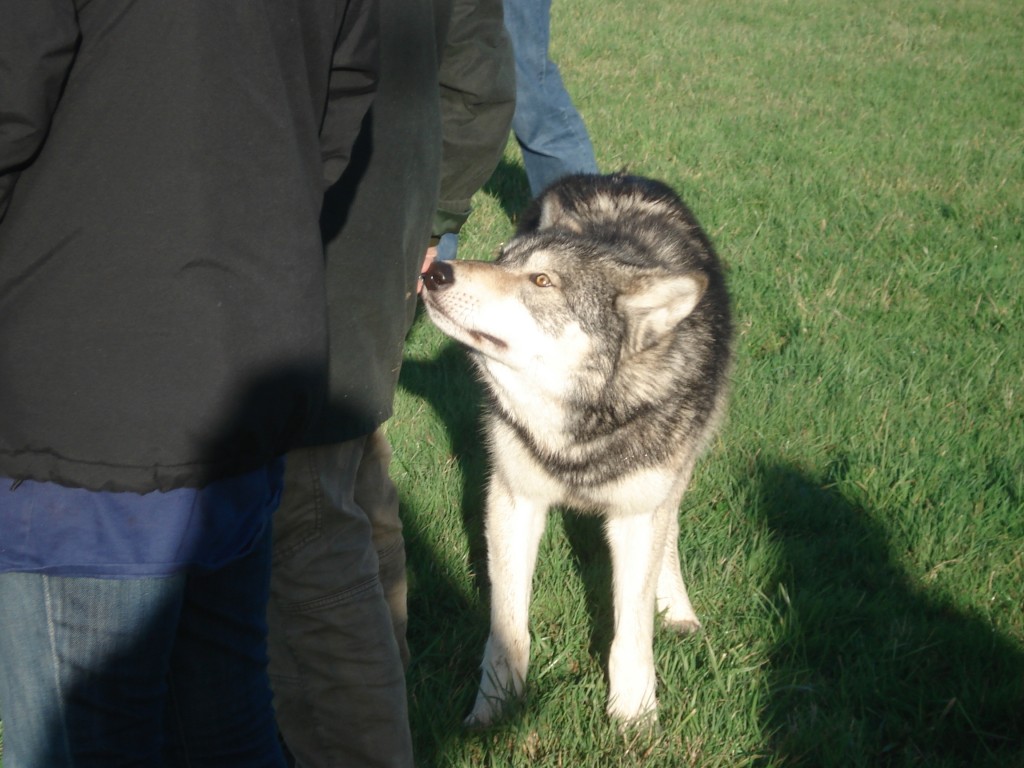 The keepers explained that although they get to know the wolves and have relationships with them (as the below photo shows) it is important to retain some distance as they have a bite force of approximately 500 and seeing them eat at the end of the walk (video at the end of this post) just shows how easily they can get through meat and bone. Although they share 99% of their DNA with domestic dogs the 1% they don’t makes them completely different animals so it’s important not to treat them as normal dogs as they are very different. 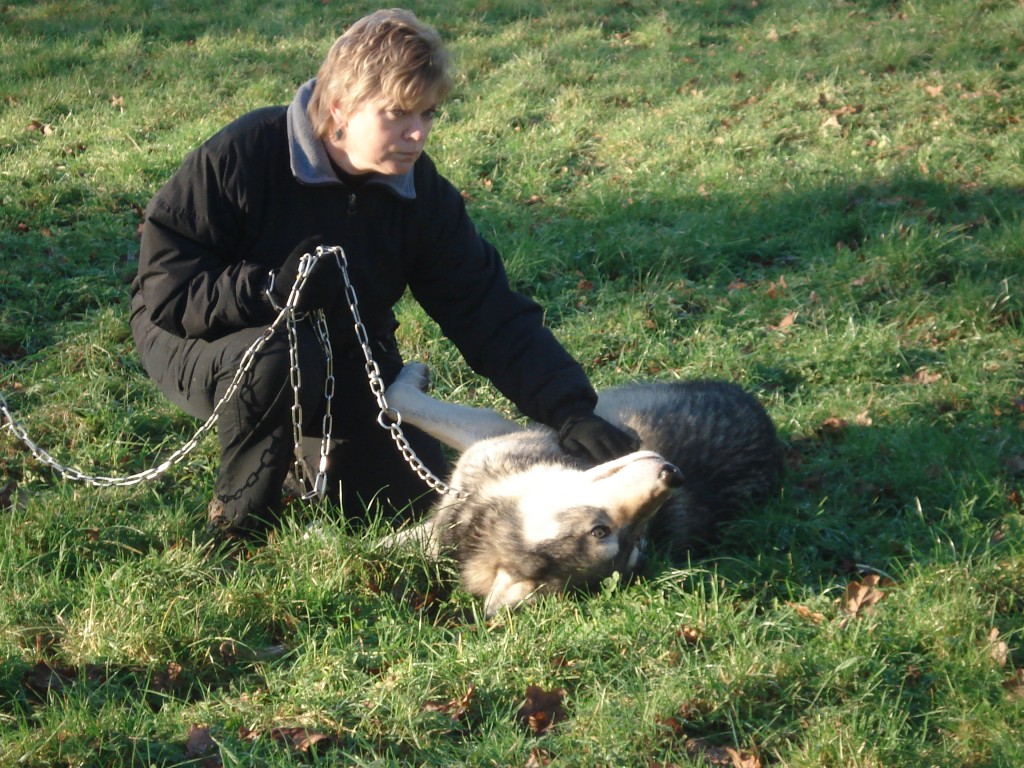 It took us about 2 hours to explore the fields (the wolves set their own pace and weaved in and out of the visitors or followed smells across the grass). 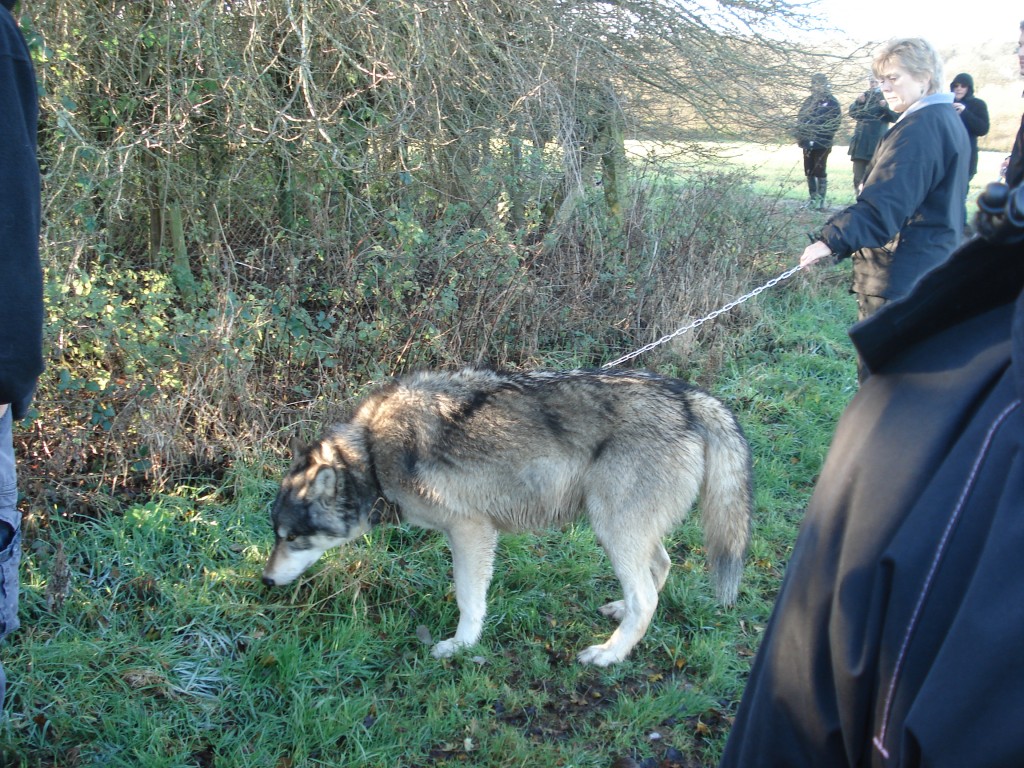 I was a bit disappointed that none of the wolves chose to sniff me in the lineup as there was some definite sniffing and even rubbing up against some of the other visitors, but 20 minutes from home Nuka headed in my direction and gave my hand a good sniff! I was elated that I had been accepted as one of the pack! We got back to the center and after a quick purchase of a finger puppet wolf we went out to see the other wolves in their enclosures. We saw the mother and father of the pack we had been walking with and also the artic pack who were stunning in their white coats. 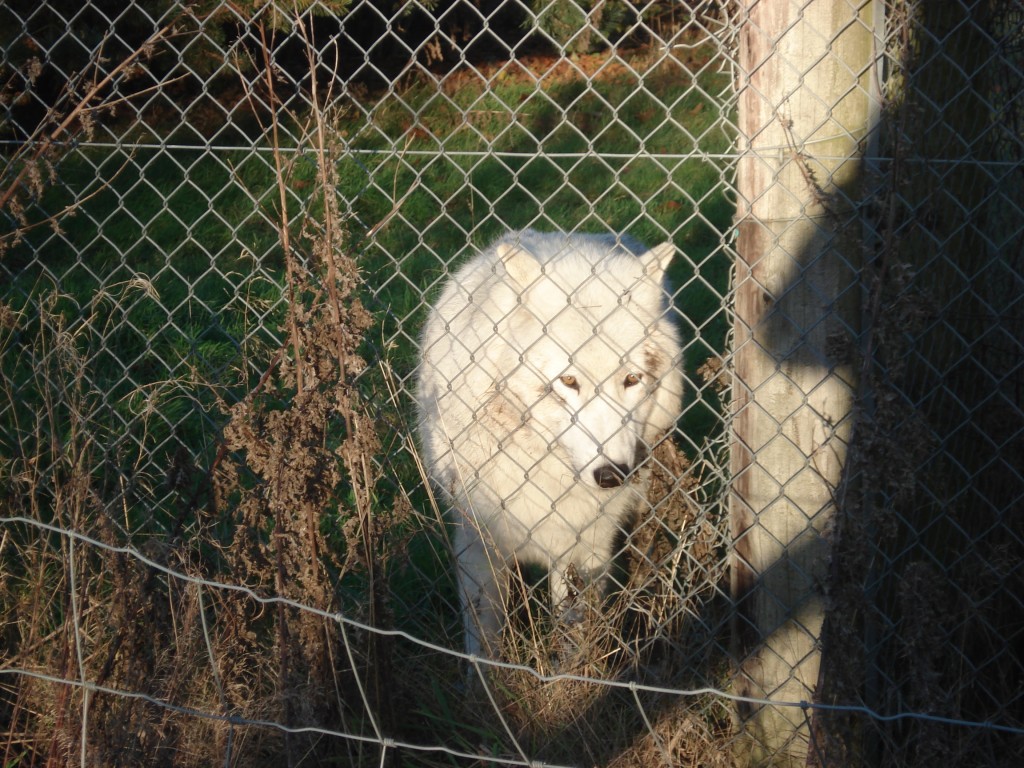 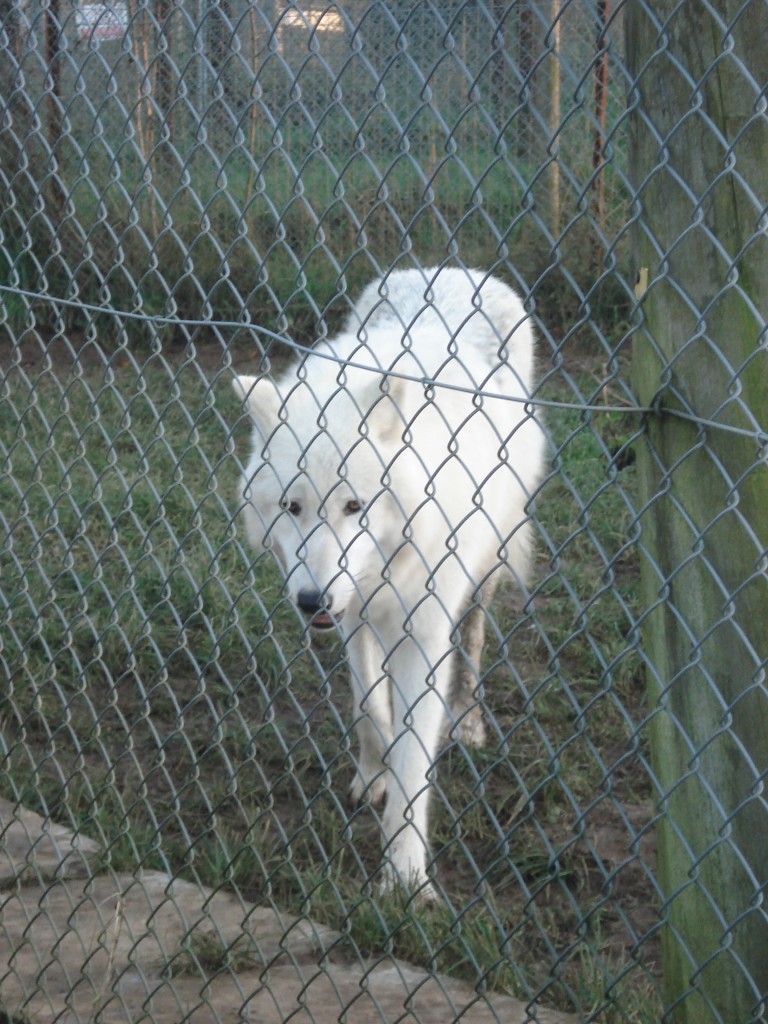 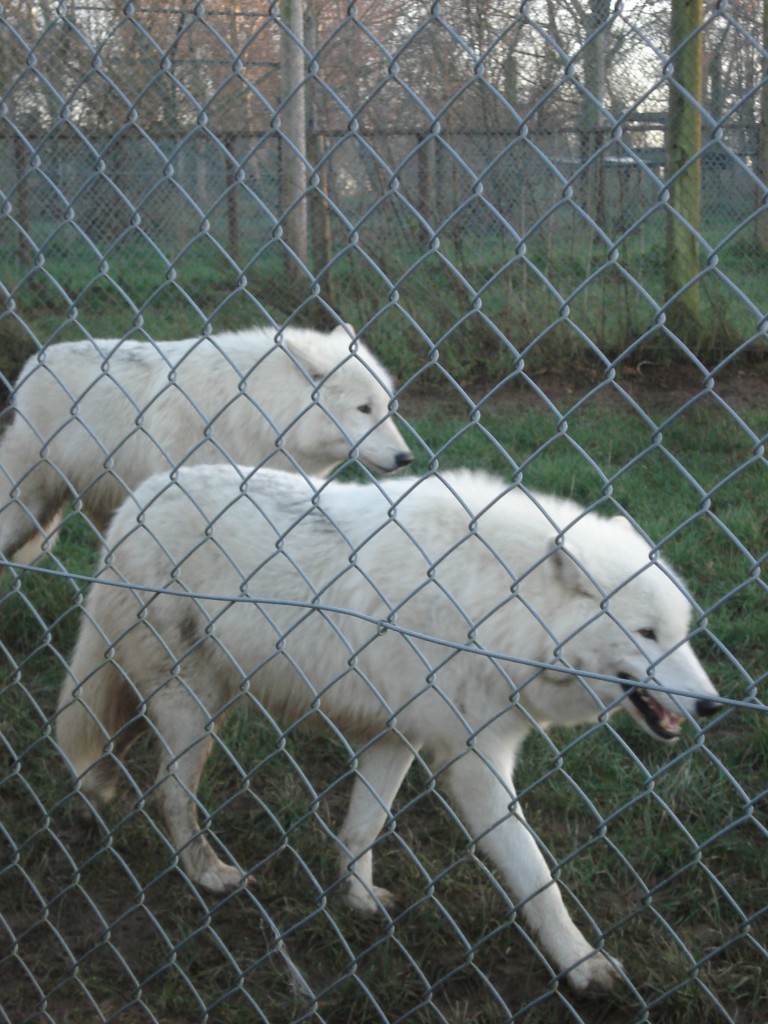 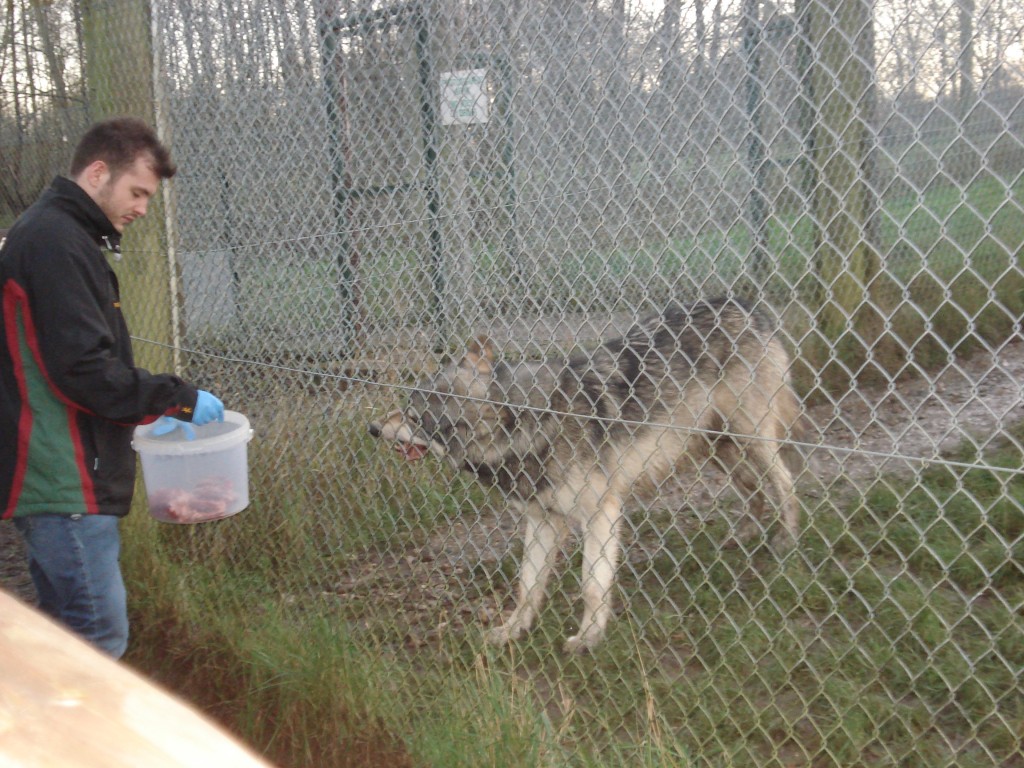 before pilling back into our car and headed back for home. We had a fabulous day & I can highly recommend becoming a member of the trust or adopting a wolf. I will never forget the experience of walking with Nuka, Tala and Tundra, the knowledgeable staff at the center and the opportunity to see these stunning creatures close up. 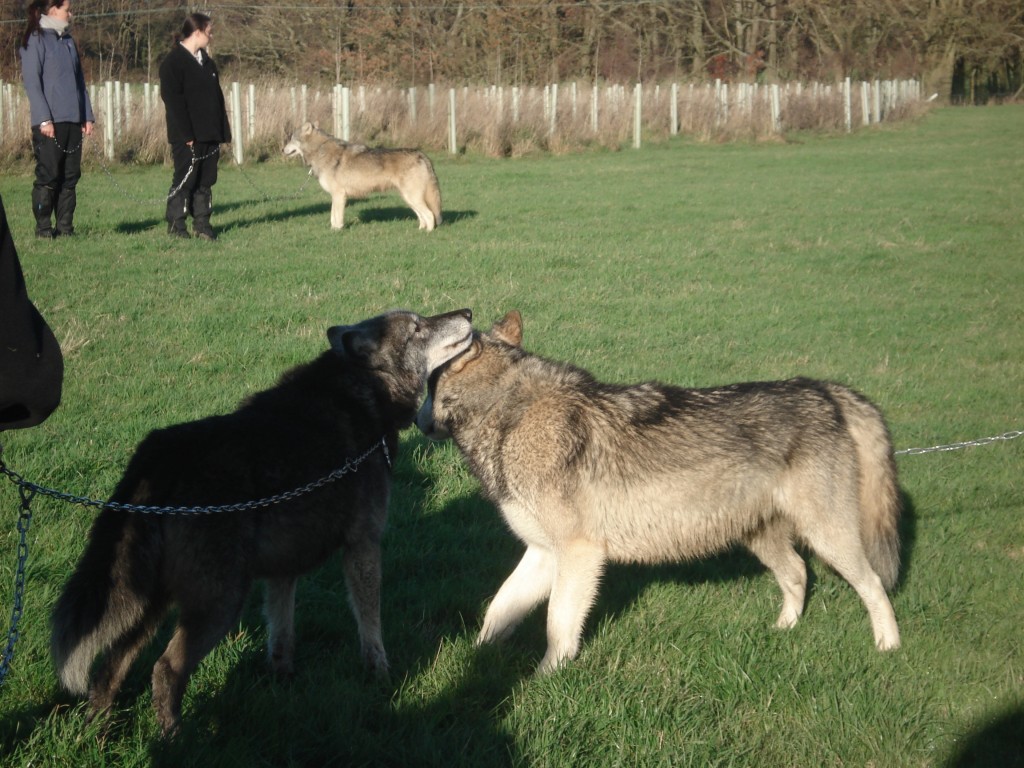 As an extra treat Jess also managed to get some video footage so here is Nuka Howling and the wolves being fed.

After all that excitement a bit of birthday cake was definitely called for! 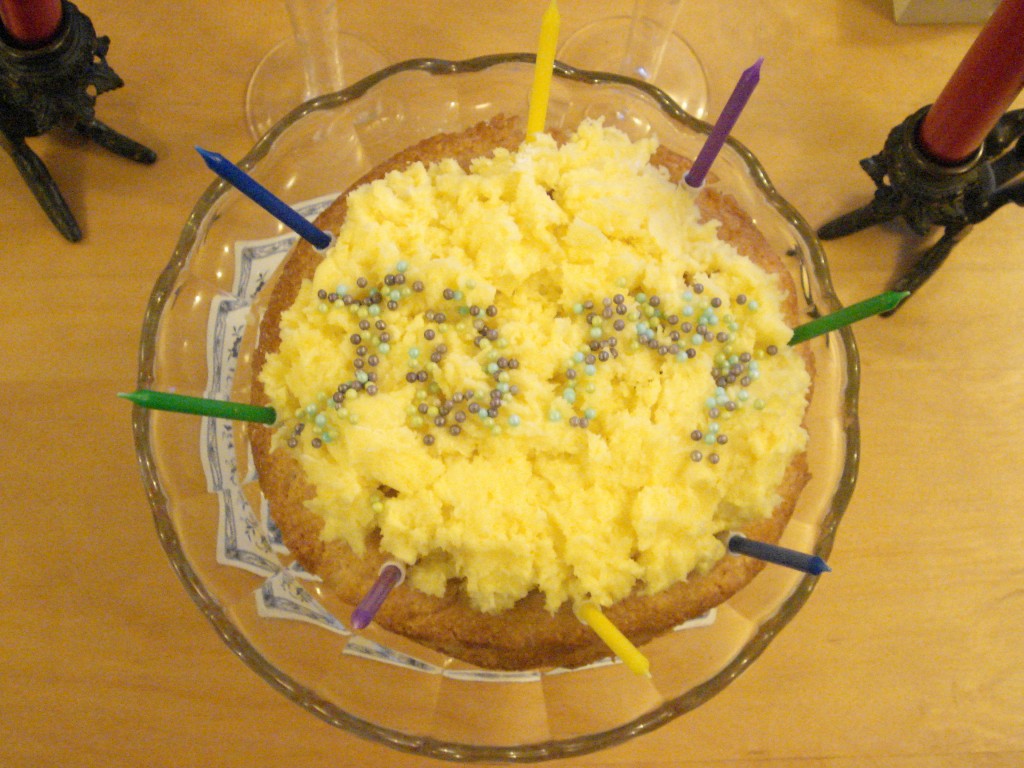 All aboard for a trip to the Enchanted Market