I used to refuse to carry a mobile phone as the thought of being contactable 24/7 was not a pleasant thought. However upon taking my phone out walking I discovered what a bonus carrying a small, easily adjustable camera was & if I hadn’t had that in my pocket I would have missed… 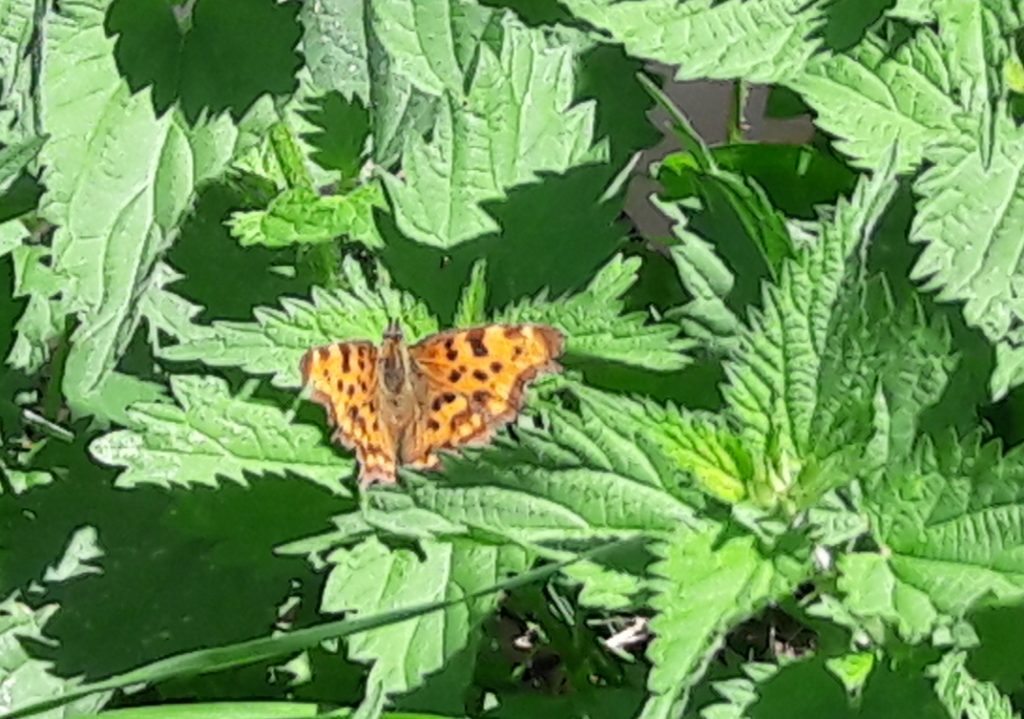 Comma variation – this was spotted by my friend Sarah when we were walking along the Oxford tow-path one lunchtime in July. It’s a comma but I didn’t immediately recognise it as such due to its wings being rather smoother in their shaping and their wing colour more muted, indeed as this quote from UK butterflies explains:

1. Overall appearance much paler.2. The underside is especially paler, being yellow-brown with darker markings nearer the body, and with a few green spots and other marks at the wing margins.

The specimens emerging in early Summer are much paler in hue that those appearing later: the ground colour is about the same as the palest portion of the darker specimens, and all the other markings are paler in proportion. On the underside the differences are even more noticeable, the early form being pale yellow-brown, with rather darker markings towards the base, and a few green spots and marks near the hind margins of both wings.

The Summer form is so different, and so constant in its appearance, that it ought to have a distinctive name, and we suggest it be called var. Hutchinsoni, in compliment to that lady whose liberality has enriched so many cabinets with specimens; whose knowledge of the species, as has already been said, is not exceeded by that of any one living, and to whom we are greatly indebted for information mentioned above.

It took us a while to riddle that one out but I can now tell you that the lady referred to was Emma Hutchinson:

Emma Hutchinson (1820-1906) was a Victorian lepidopterist who authored the 1879 book Entomology and Botany as Pursuits for Ladies and published in The Entomologist’s Record and Journal of Variation. She reared butterflies and moths from eggs and her work contributed to understanding of the Lepidoptera life-cycle. The summer form of the Polygonia c-album butterfly species, known as comma, is named hutchinsoni in her honour. She left behind a large collection of pinned specimens which are now owned by the natural History Museum London.

Moving on (although slightly reluctantly as Commas are one of my favourite Butterflies…), there was something quite nice a bit closer to home… I managed to get this photo of a mint moth in our back garden which we spotted circling a clump of herbs next to our patio. 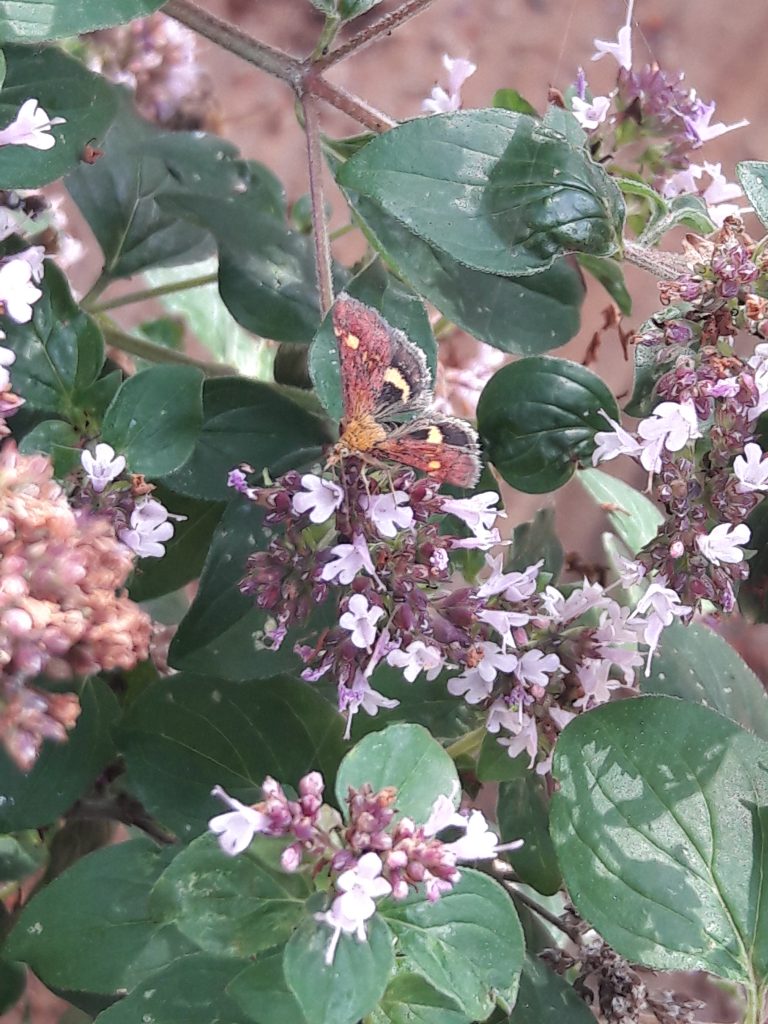 We later discovered we had a breeding colony and it was lovely to see then whizzing about on warm sunny days (the moth itself I quite small but the purple and yellow makes it stand out and it’s one of the easier micro moths to identify having a common name as well as its scientific one).

Next up another Butterfly, this one spotted by James when we were at a friend’s celebration over in Staffordshire. 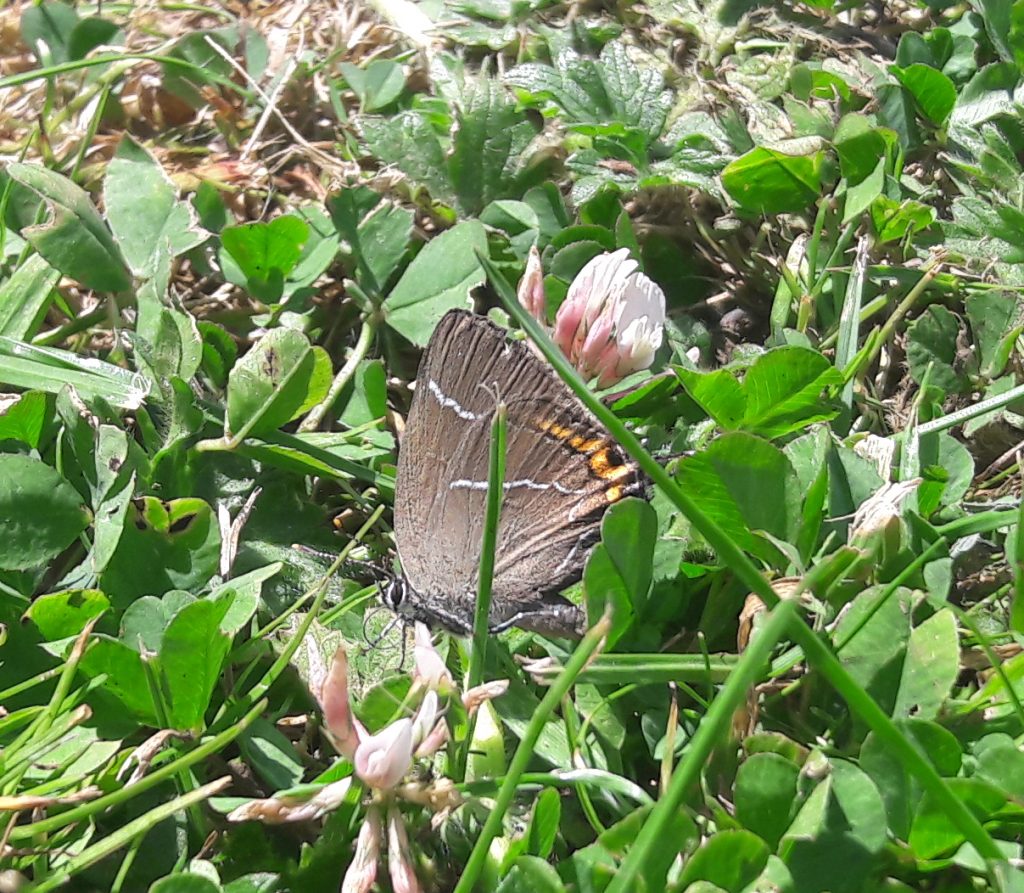 This was a first for me – white letter hairstreak – these usually spend most of their time resting in tree cover but this one was kind enough to pop down onto the grass just as we were walking over to admire a sculpture (a little bit gutted the blade of grass is in front of it, however due to having a photo I could log this on I record flagging with the local recorder that this butterfly was present in that territory, which is always useful to know). 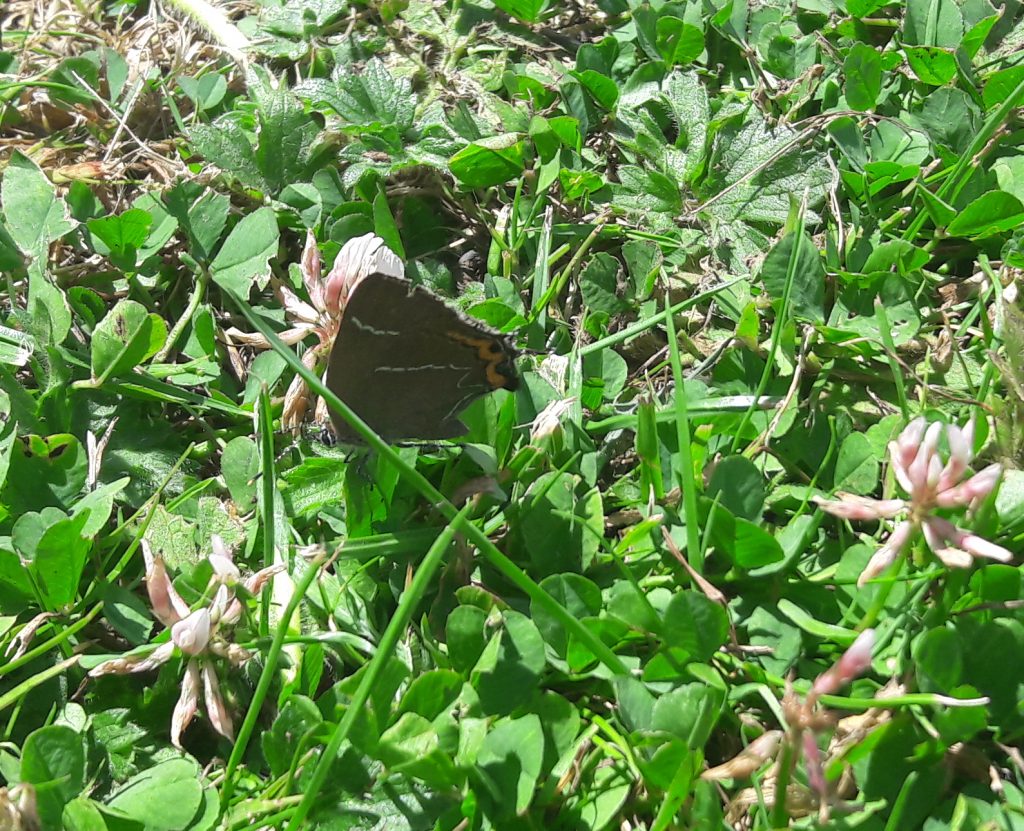 On adventures further afield we visited the Ukraine for a friend’s wedding. During the day there was a fantastic (and very tropical looking) dark red butterfly flitting about (which sadly wouldn’t stay still enough for my camera phone) but we did find a moth sat having a snooze on a traditional embroidered Ukrainian napkin 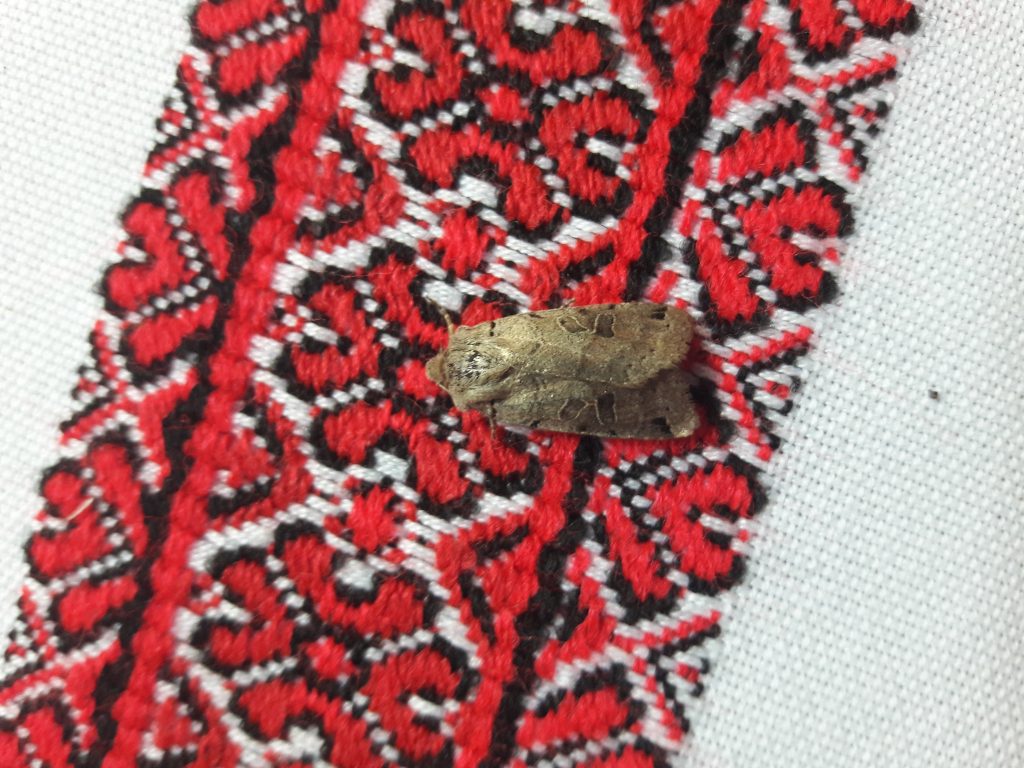 (sadly it’s a little to worn to ID and my quest for a Ukrainian moth book was fruitless – but I found a moth while on holiday which is always a good thing).

Last in the deck – the jokers – the first of which I have no photo of, it was a green letter hairstreak spotted while out surveying some habitat with a friend. It was perched on some leaves and because its camouflage was so good my camera failed to pick it up at all… Fortunately the friend is a recorder and could vouch that my ID was correct so the record was added (I still really wish I’d got that photo though as it was the first green hairstreak I’d seen they are lovely little things)).

Finally another of my favourite butterflies. 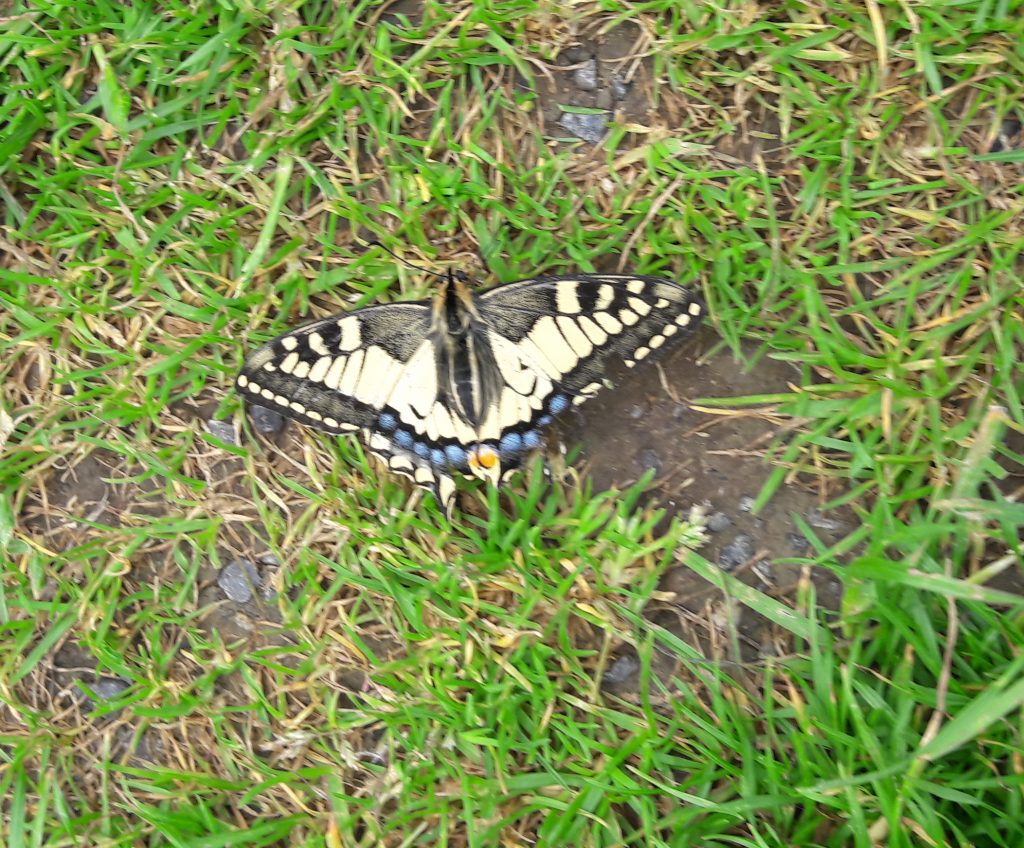 We spotted this European Swallowtail (and mate) at the top of Glastonbury Tor. I got VERY excited by this fact as they are a migratory species and although I have seen them abroad I’ve never spotted one in the UK. However on letting the local recorder know he said they had received reports of the butterflies being released (with the upshot being the butterflies were unlikely to survive for very long) so the sighting shouldn’t be added to the records. I’m still really glad we got to see them flying free and they were the most perfect and magical sight to behold on top of the Tor (itself a very special place).