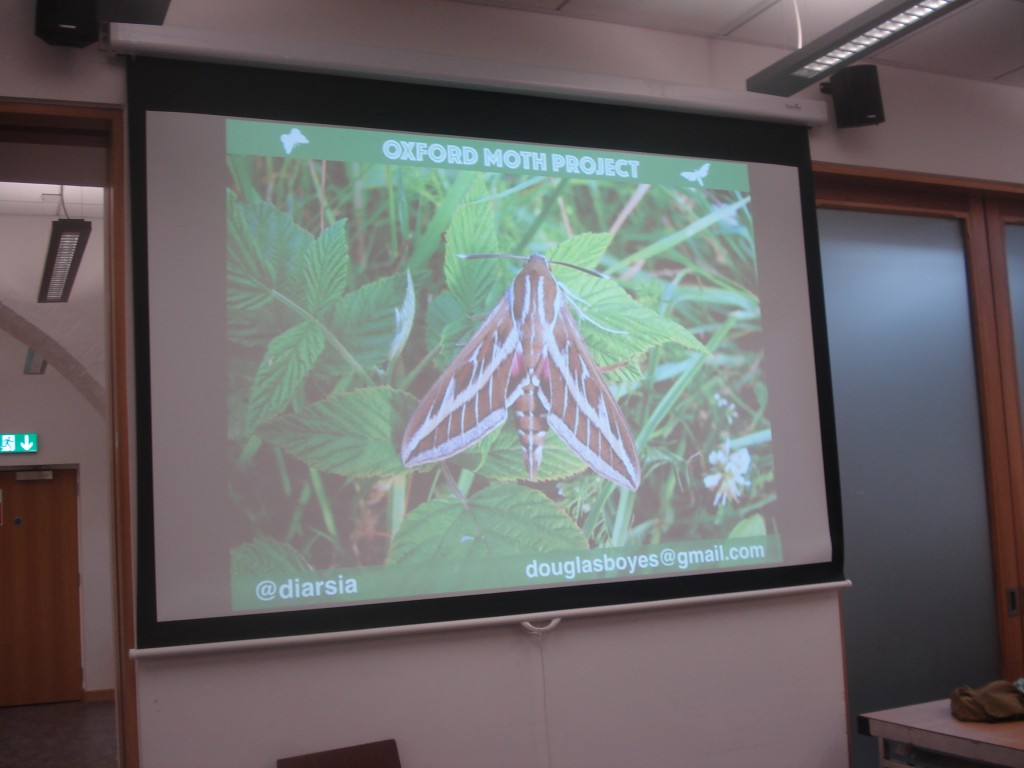 On a very damp Sunday indeed volunteers for the first project by Inquisitive about Nature (a group of enthusiasts who “believe that people’s access to science should not be limited by wealth or social status. We aim to facilitate young people designing and executing science projects to make a real contribution to science.” gathered at Oxford’s Natural History Museum. 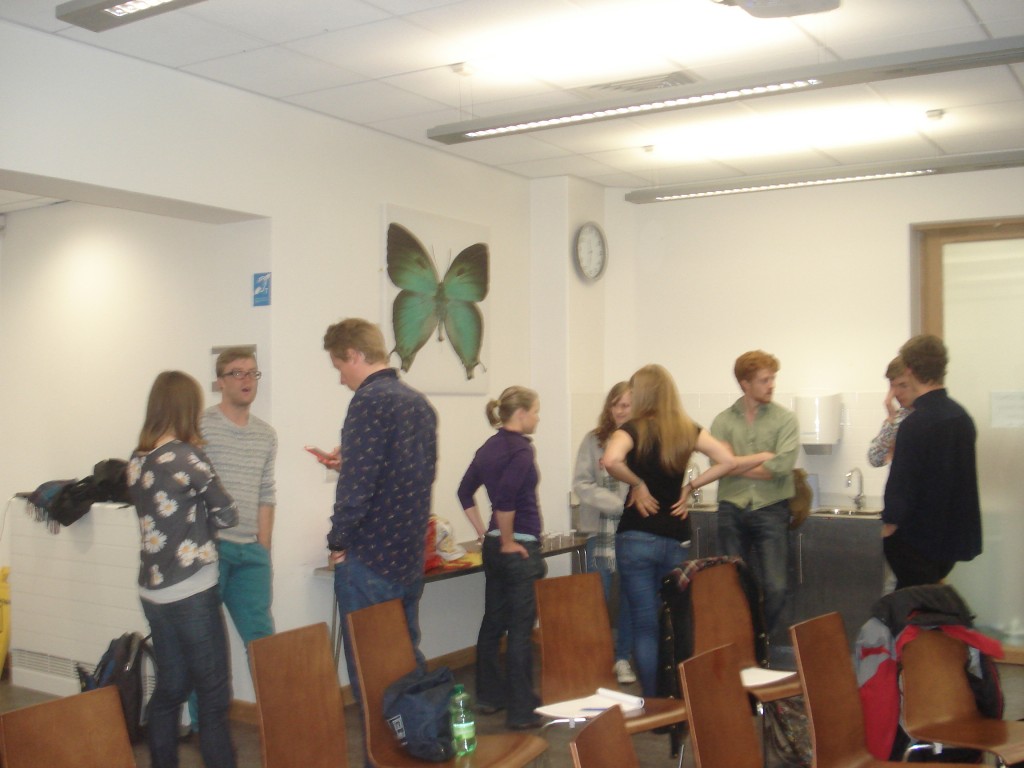 Our aim was to learn how to set up and take down the traps (the Oxford Moth project aims to trap every night for 2 weeks in 6 locations around Oxford) and learn enough about moths to ensure we could get them out of the traps and into identification jars and then have a go at recognizing what species they actually were. Our guide to all this was loud shirt wearing (but regular moth trapper, and by gum did he know his Lepidoptera) Doug: 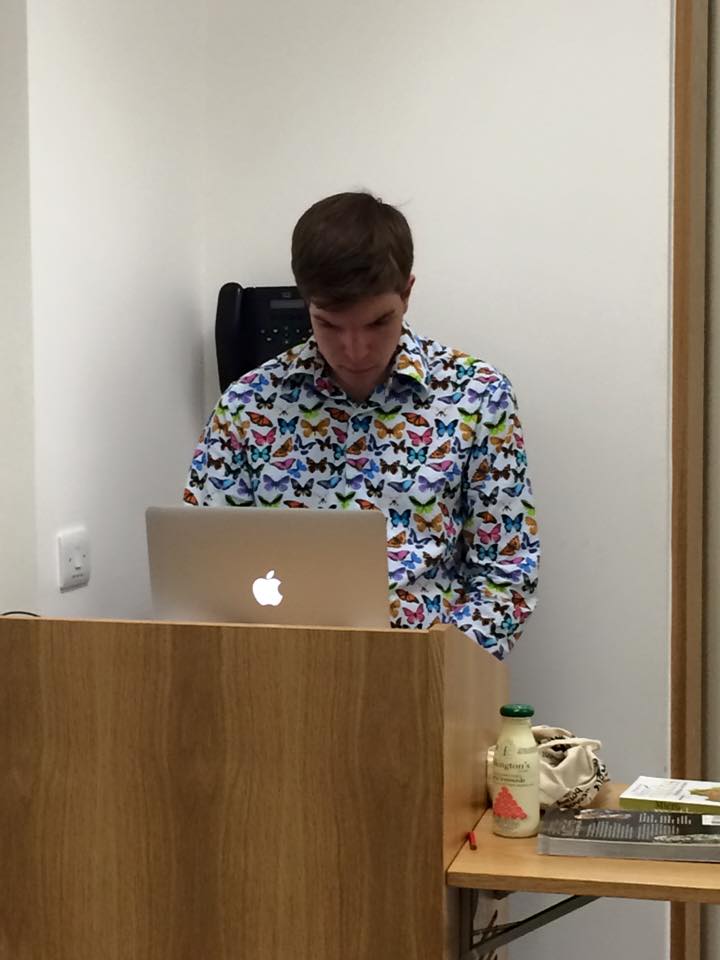 He ran through a quick presentation, think all moths are brown and eat clothes? Think again. Once he started pointing out the differences you could see the distinctive wing shapes and variation in markings and colour. We were confident, but how good would our natural ID’ing skills be?

The Inquisitive About Nature team had been kind enough to run a trap before the training and so quite a few ID jars awaited us, some containing complete red herrings (caddisfly anyone?). This however was the real deal: 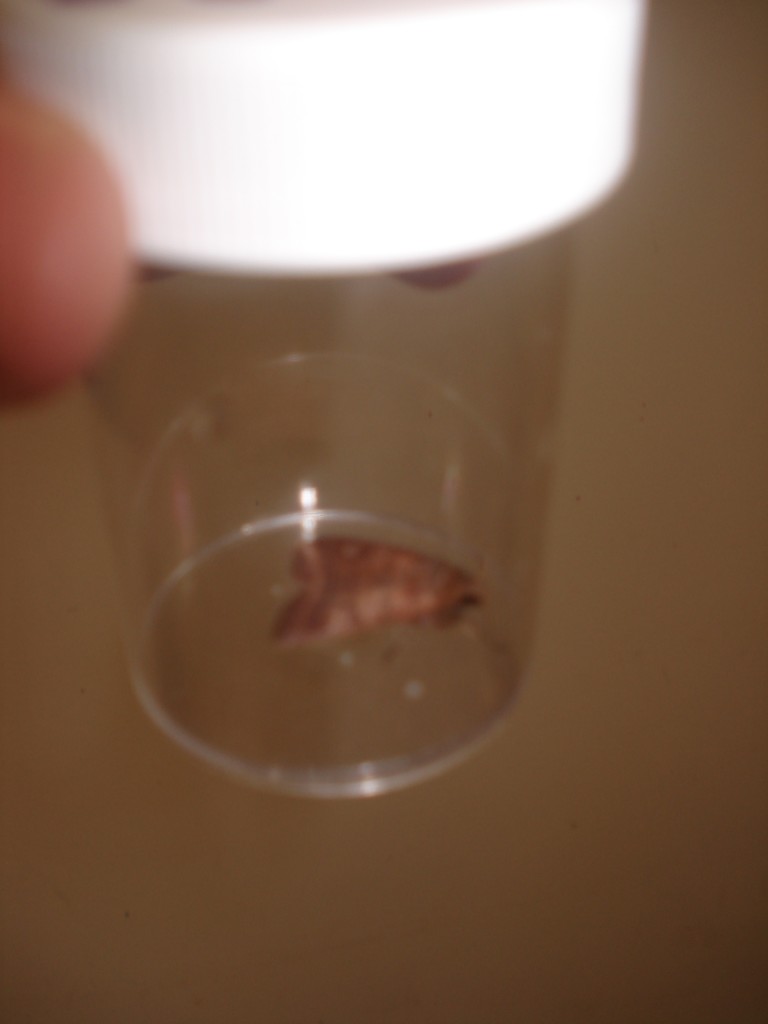 Fair to say I hadn’t appreciated quite how hard it was to take photos of moths, mostly because I had never actually attempted it. It is as the above photo shows VERY HARD!

Armed with our ID guides however we hoped to figure out exactly which moths we had succeed in trapping (I also feel I should mention that after being carefully ID’ed by amateurs such as myself these guys were set free to have further mothy adventures) : 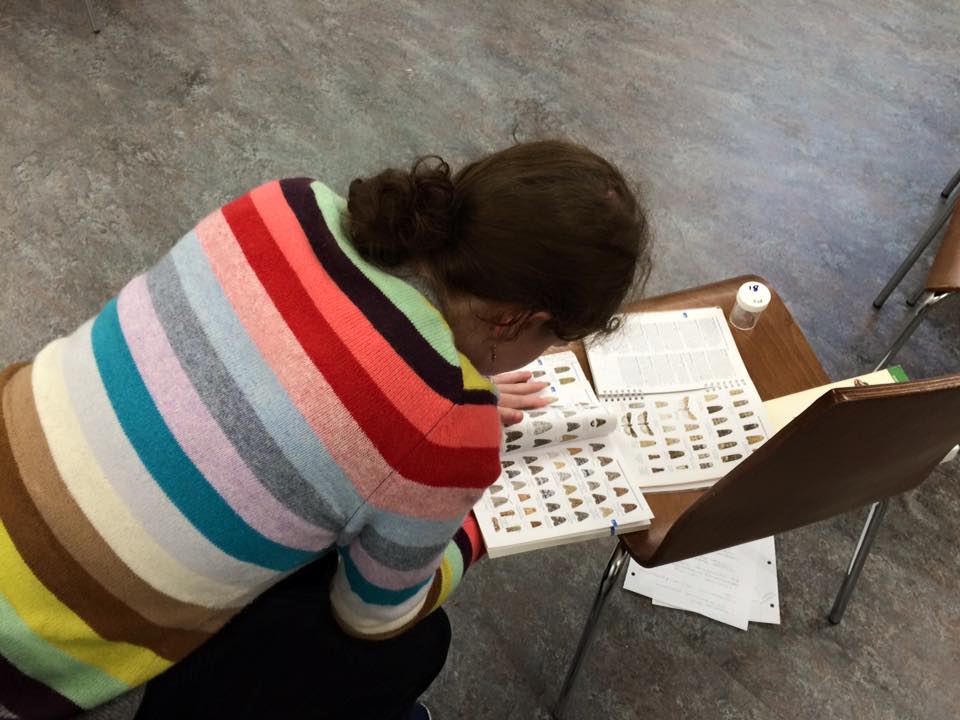 Me hoping more pictures will make it less confusing. 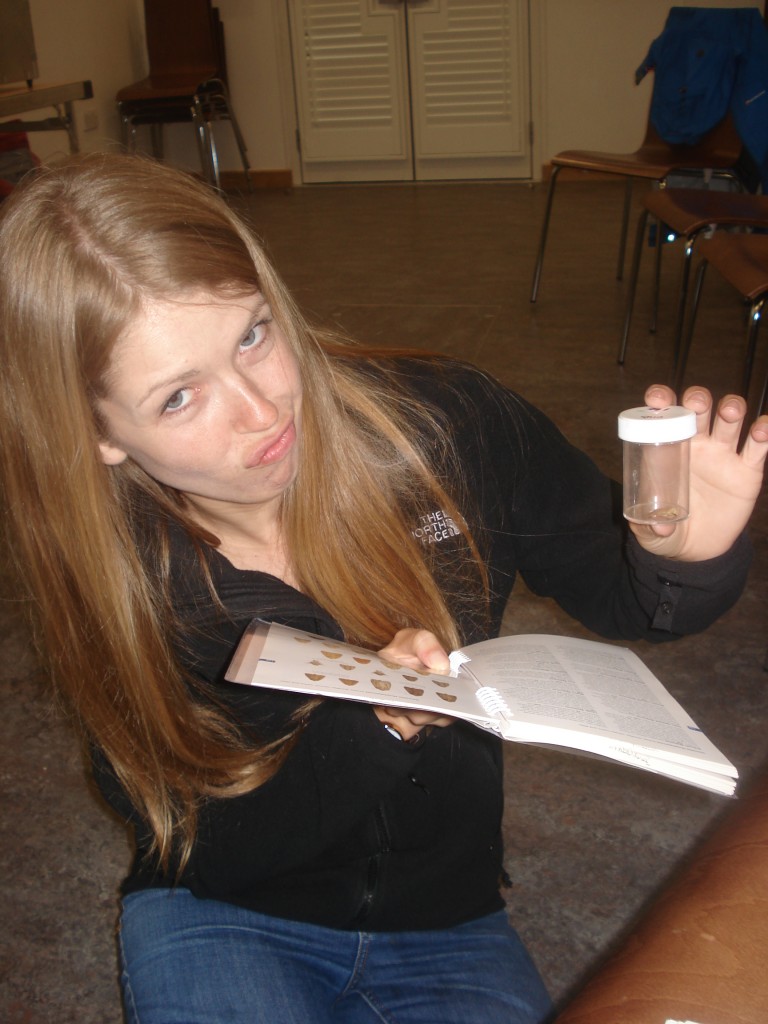 Emma pondering exactly which moth she has.

All to quickly it was over and as the rest of the intrepid explorers headed to the pub for a well deserved pint (we got most of them right) I headed home to catch up on Ecology homework (having been doing ecology type things during the day alas does not on this occasion get you marks).

Oxford Moths runs from the 12-29th of June and its not too late to get involved! All the details you need can be found here http://www.inquisitiveaboutnature.com/#!oxford-moths/c1mje