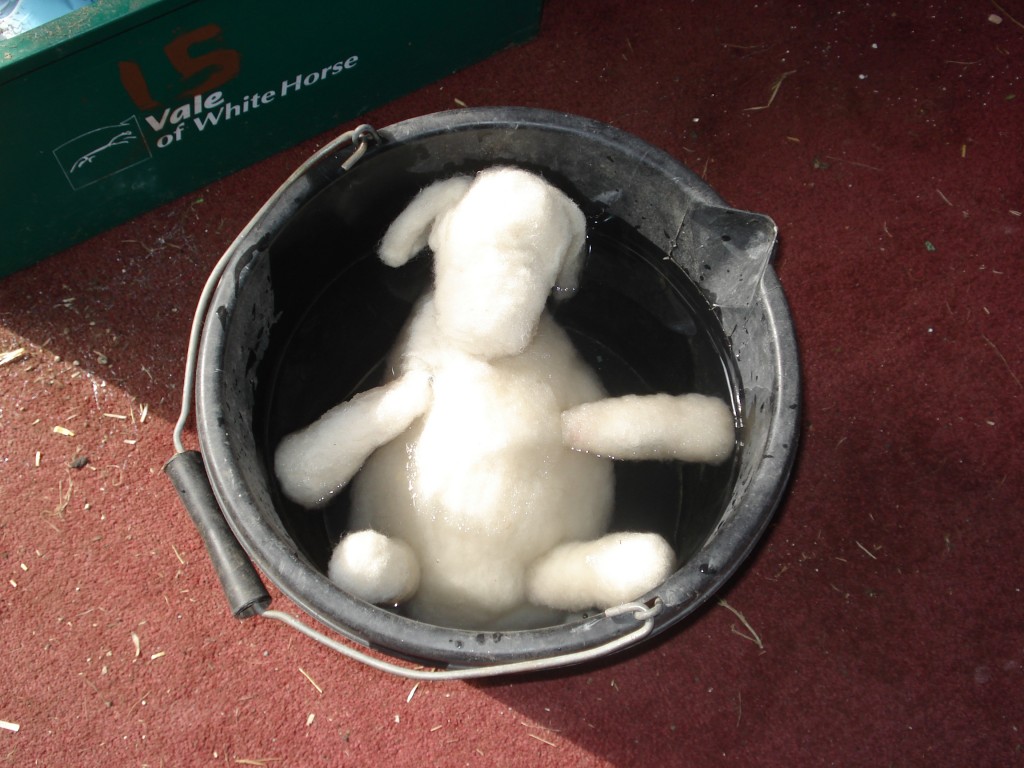 At the weekend I set aside some time to do the final big process on my wild boar puppet. The labour intensive needle felting was complete and all of his body was of the same stiffness and the metal core that the wool was built around had all been sufficiently hidden. The last big part of the project was to dye him. I decided that dye would be best as I hoped it would give an uneven/dappled finish with some bits being darker than others and this was the effect I was after. I selected two packets of Dylon dark brown dye and wrestled my boar into his bucket (where you can see him swimming above). To this bucket was added lots and lots of salt & then finally the dye. I weighted the top of his head down so he was totally submerged and waited. What awaited me when the dye was drained away was not the dark brown boar I had been expecting but what looks more like a pink piggy (clearly I did something very wrong with the dye!). 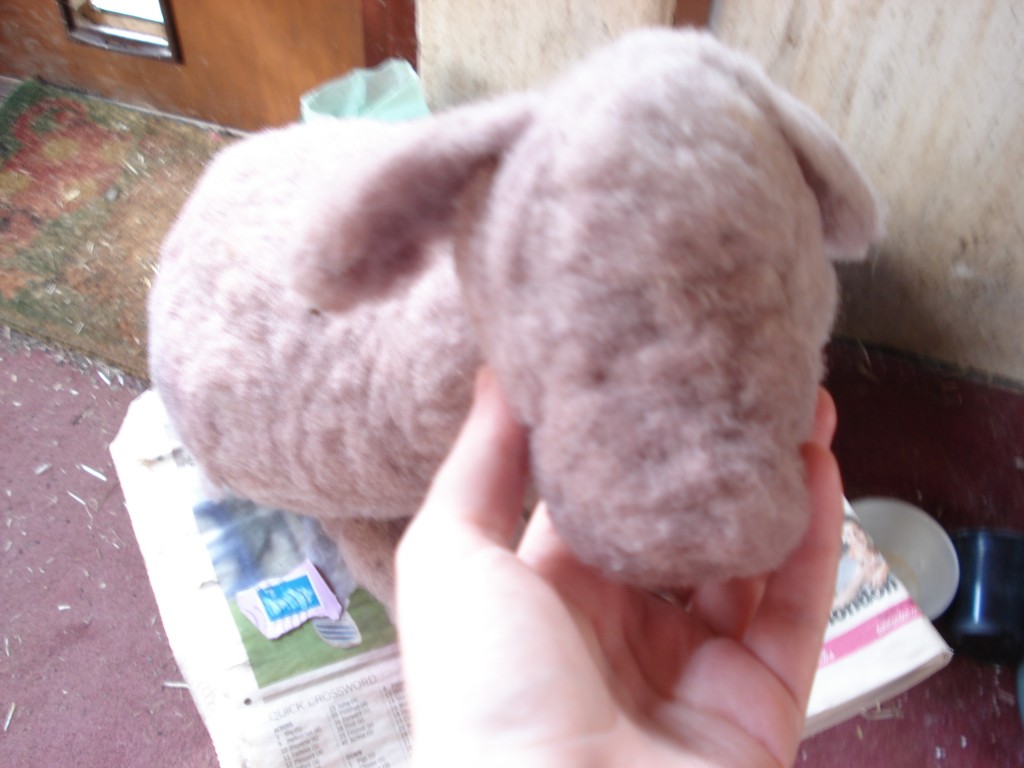 As this is nowhere near the look I  was going for I’ve decided the best way to rectify it is to cover the whole thing with dark brown roving. Alas this is the point where disaster strikes a second time as the lady I buy my roving from has run out and has just sent more fleeces off to be processed. We have already missed the final deadline of the puppet challenge (it was the end of June) so I’ve decided its probably best to wait and get the roving that I know is good quality rather than trying to bodge at the final hurdle.  I think it will probably be September before he is finished now, but he should be worth the wait! 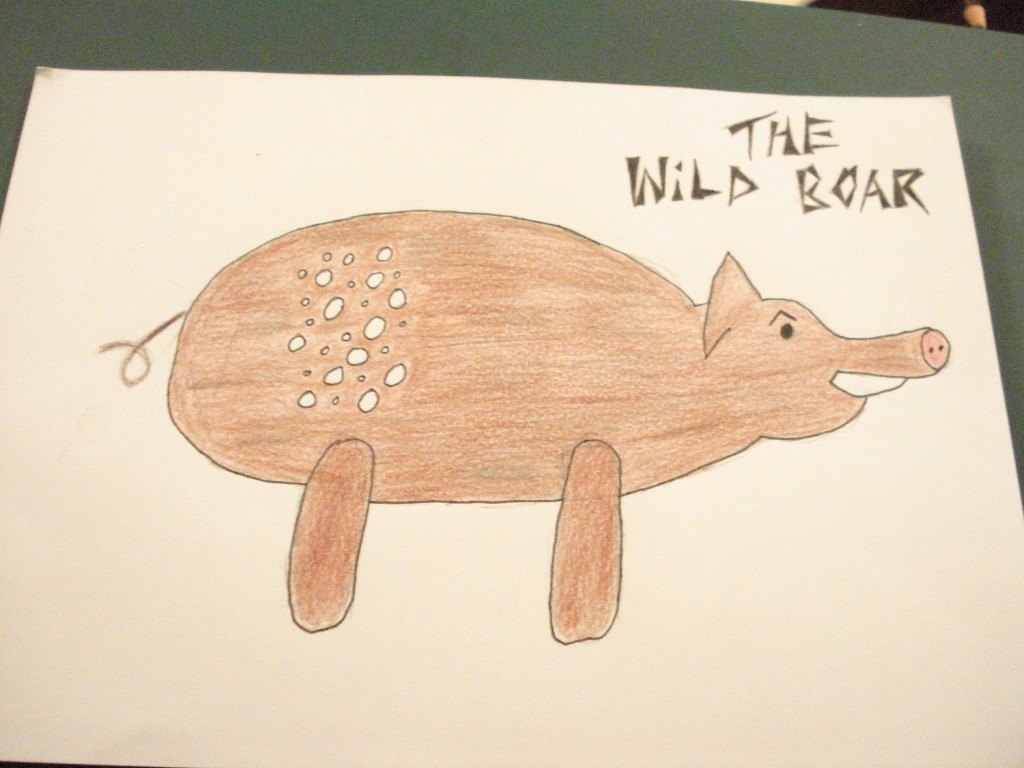 (My original drawing of what I still hope he will look like when finally finished).