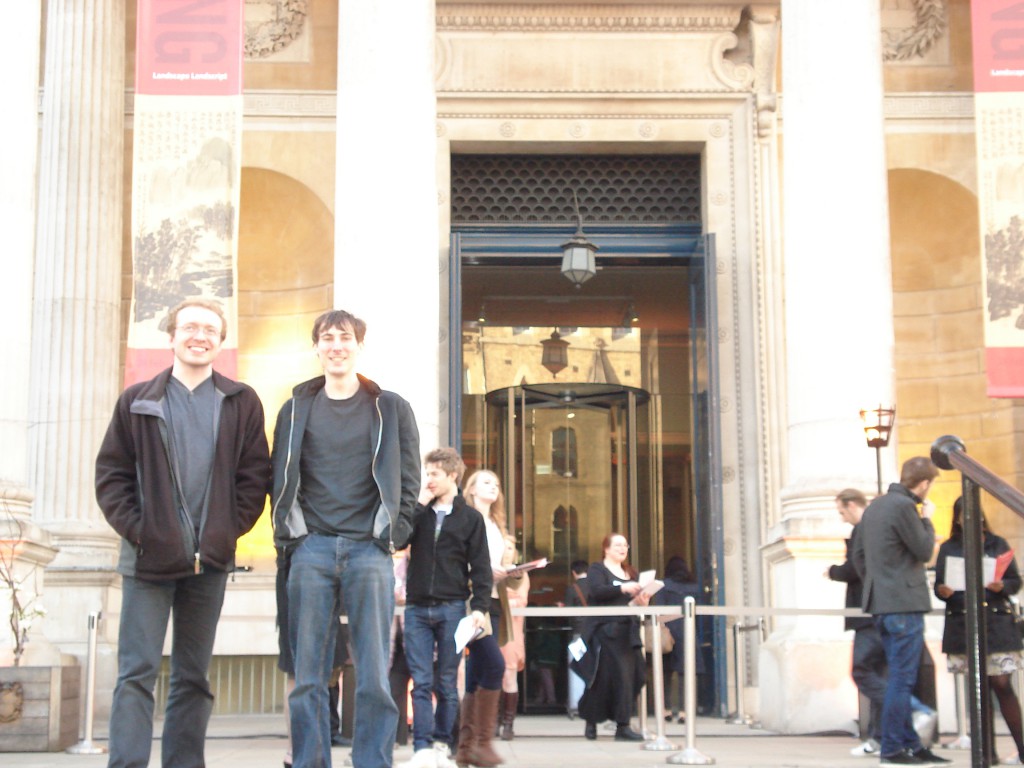 So on Friday night instead of falling into a heap as we usually do at the end of the working week we met up with Jam’s friend David to attend China night, a free event hosted at the most excellent (& cultural) Ashmolean. The torches outside promised it would be a hot event and they weren’t wrong! One of the first things we saw were the traditional dragon dancers. 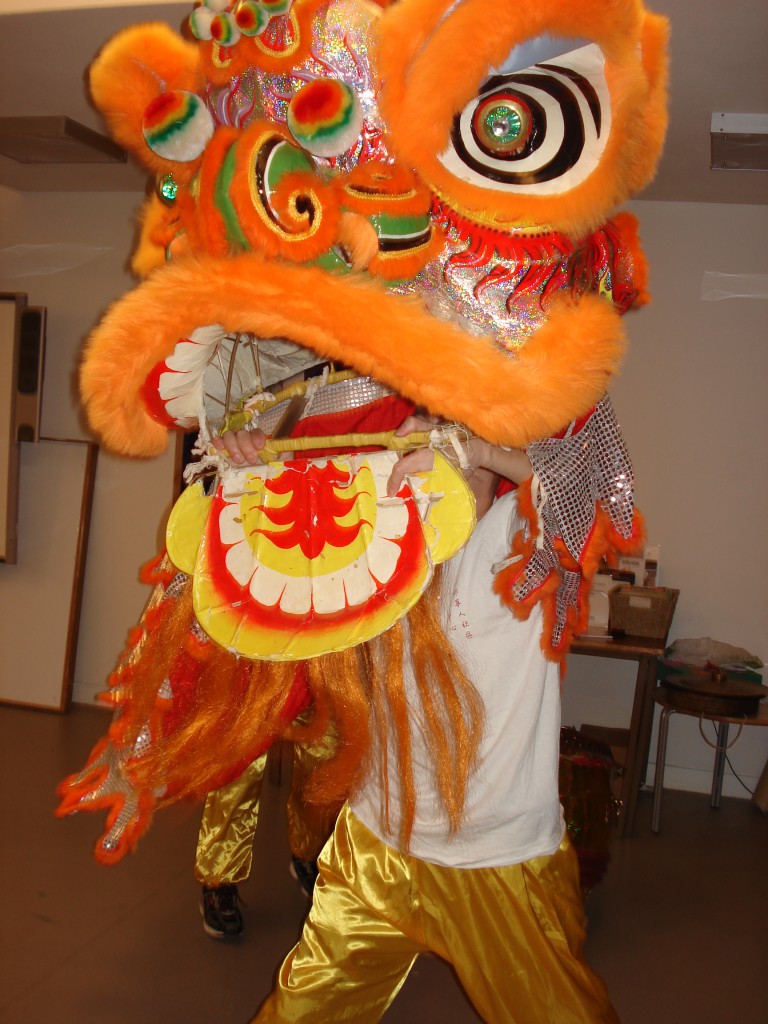 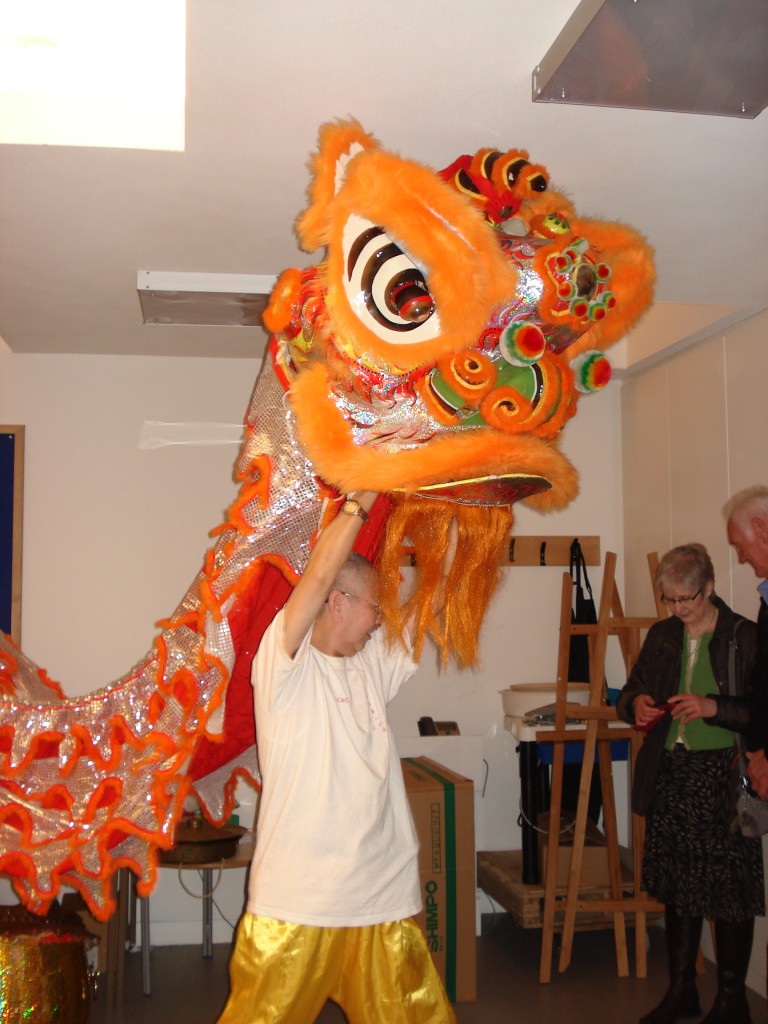 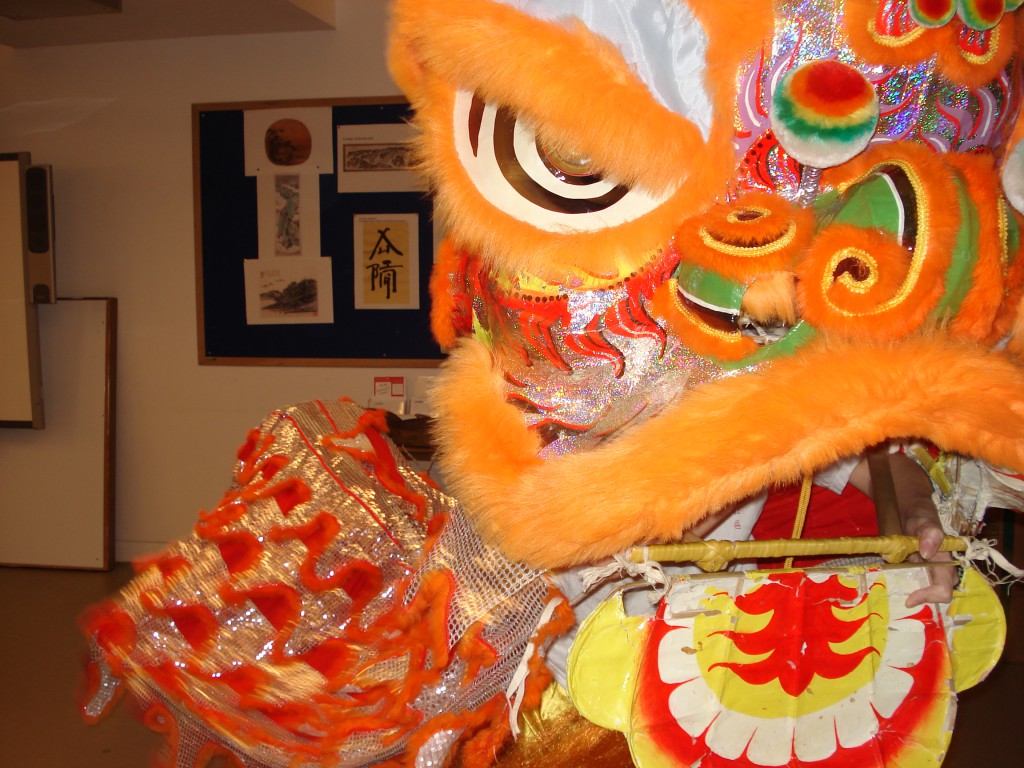 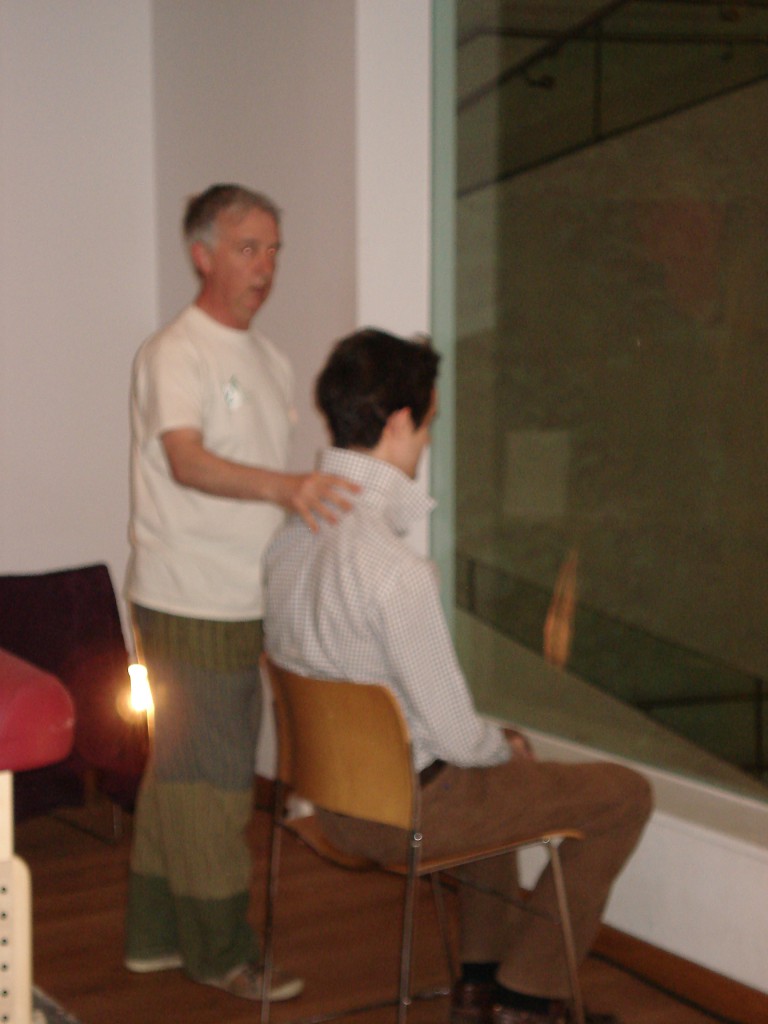 and further up still traditional games were being played 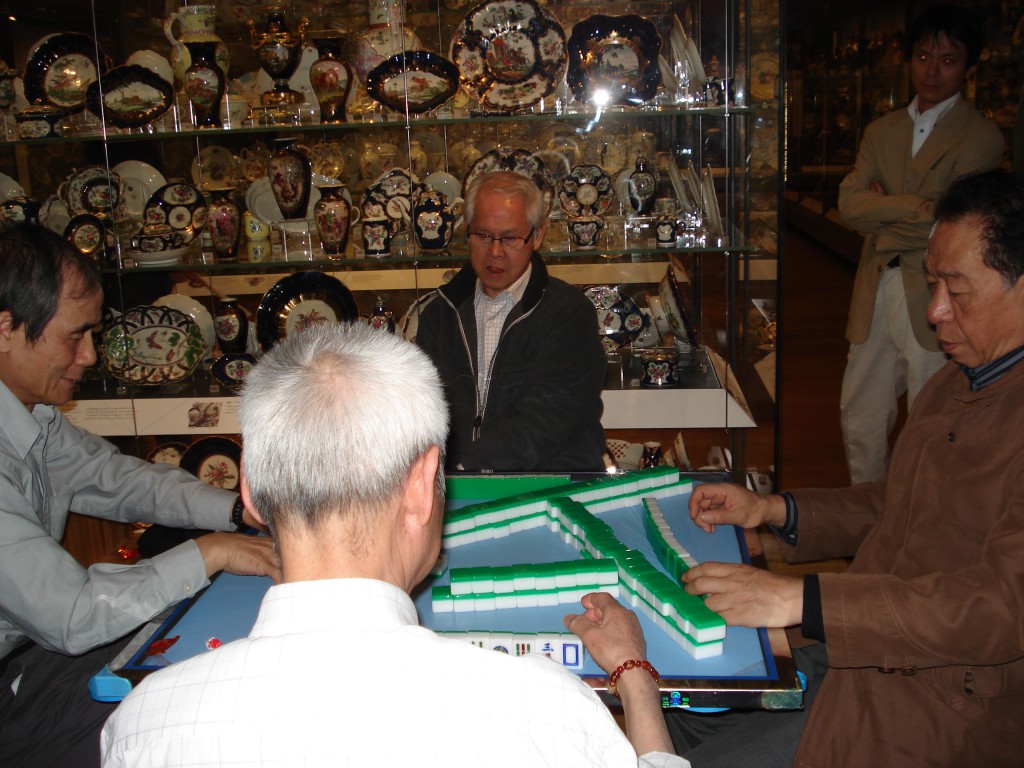 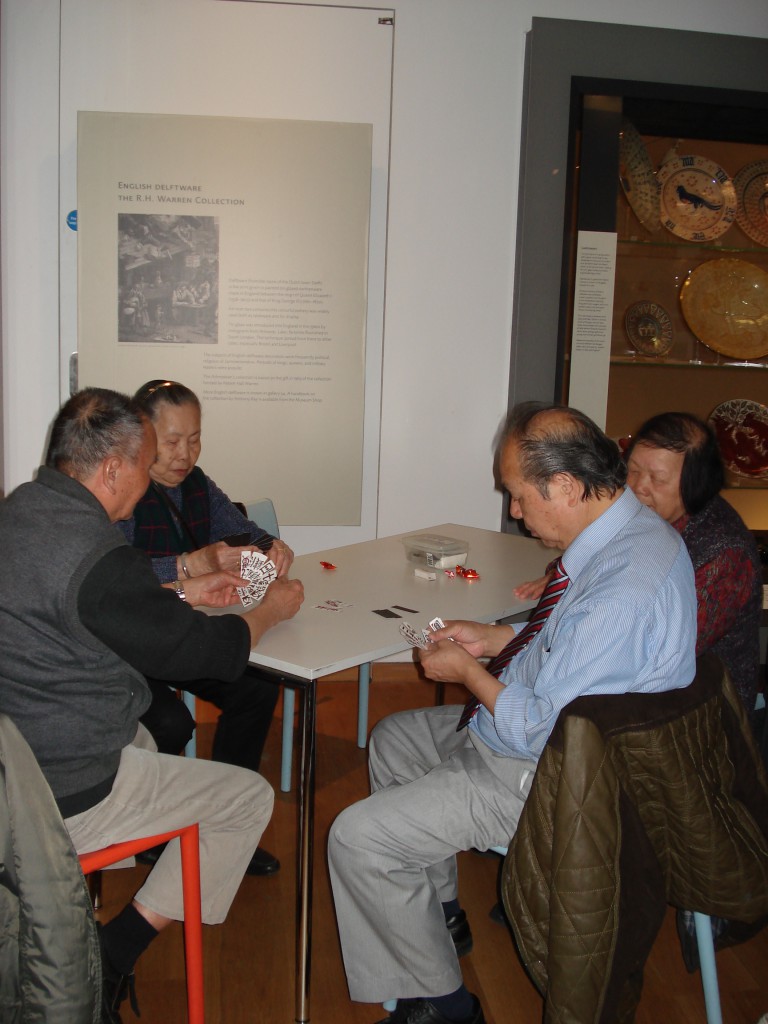 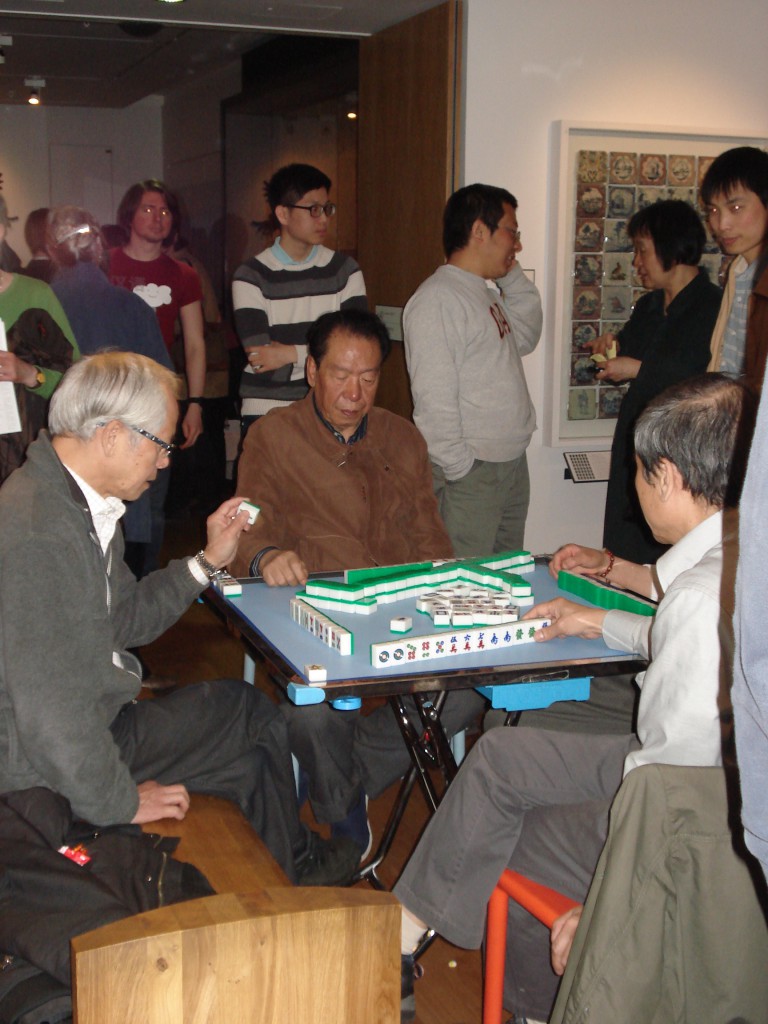 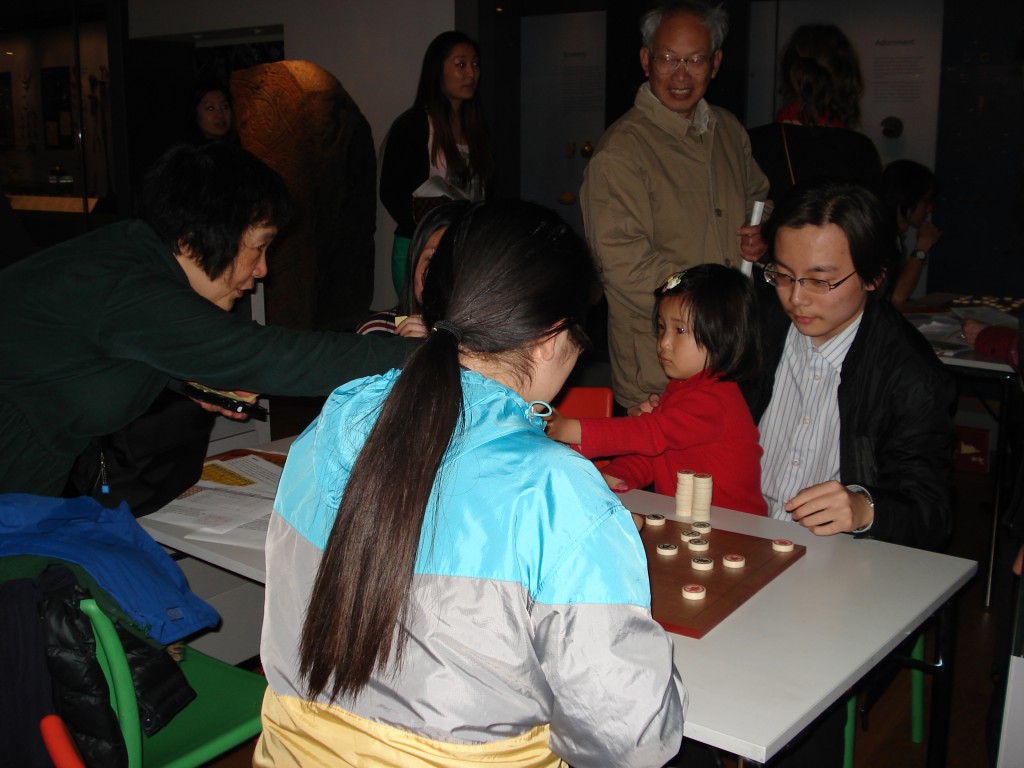 At this point we were slightly China-ed out, so we took a break and ventured into the permanent collections, still on an oriental theme were these pieces 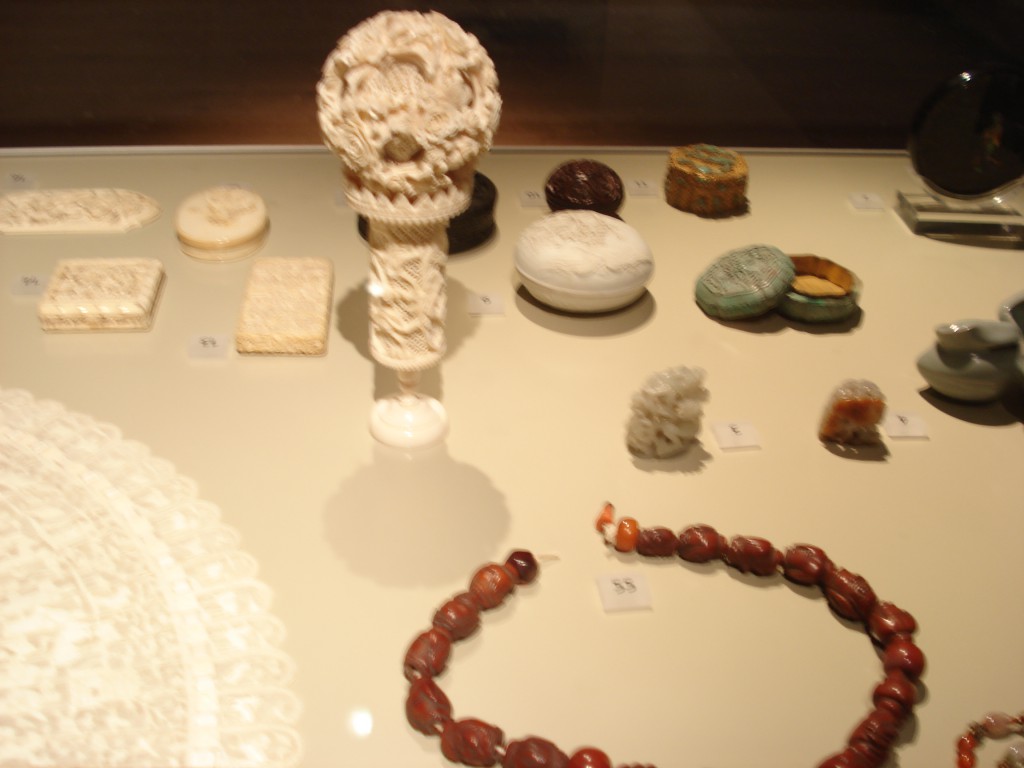 We were all fascinated by the carved ball in this case of jewelry, there were also quite a few hair ornaments that were very beautiful . 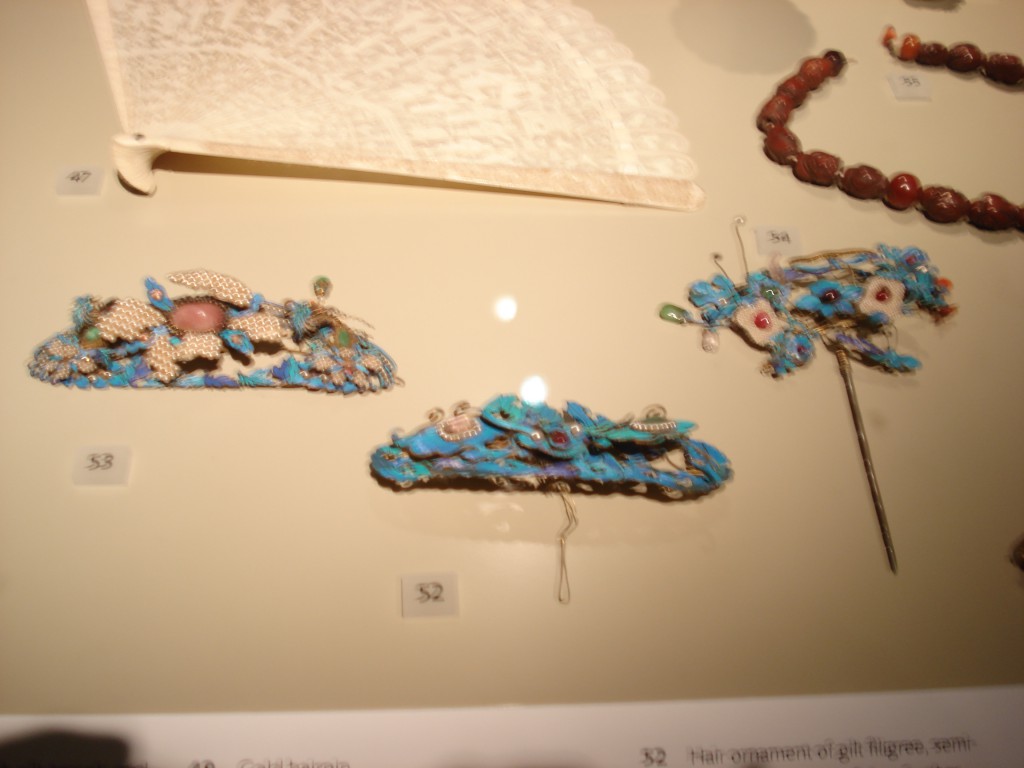 There was also this beautiful ceremonial dress 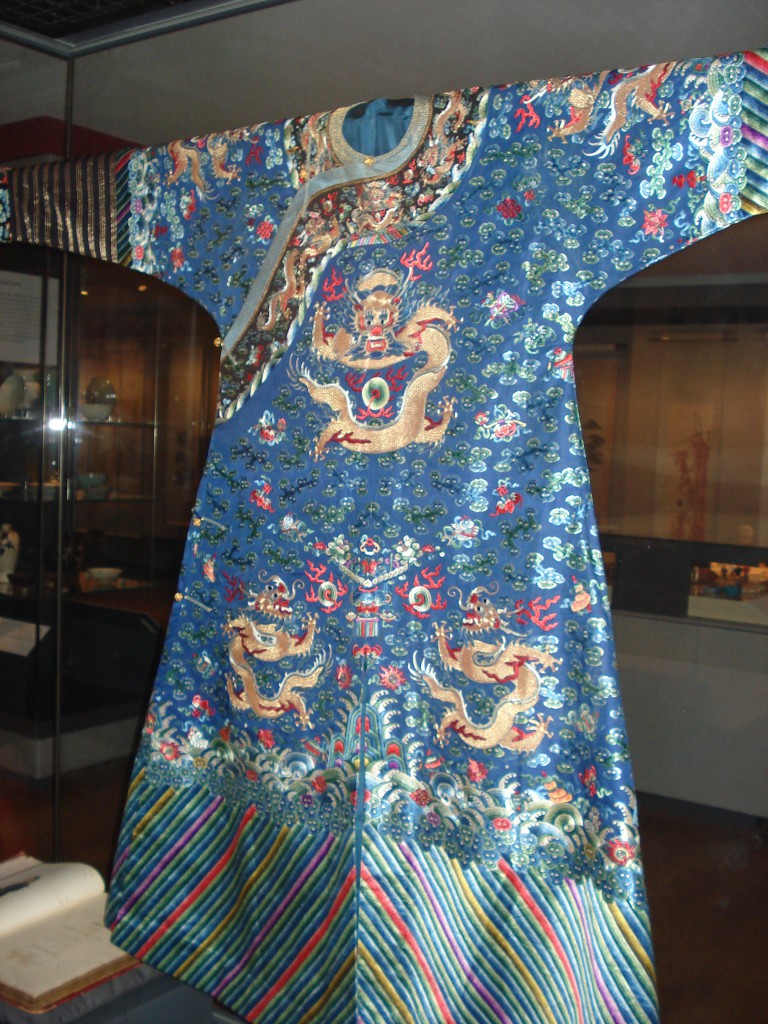 This photo doesn’t do it justice at all, the colours were so vibrant. My favourite piece (and I have no idea why as statues usually freak me out) was this: 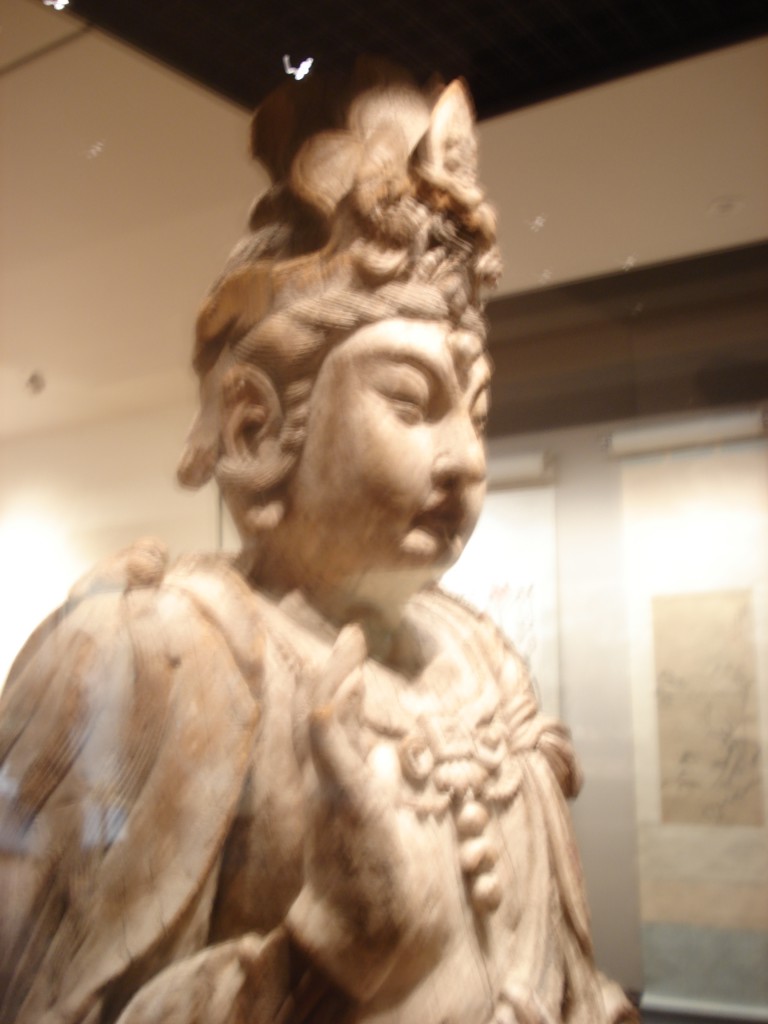 She is made out of lots of interlocking pieces of wood and was huge, but I thought she was lovely. We just had time to take in a sacred cow 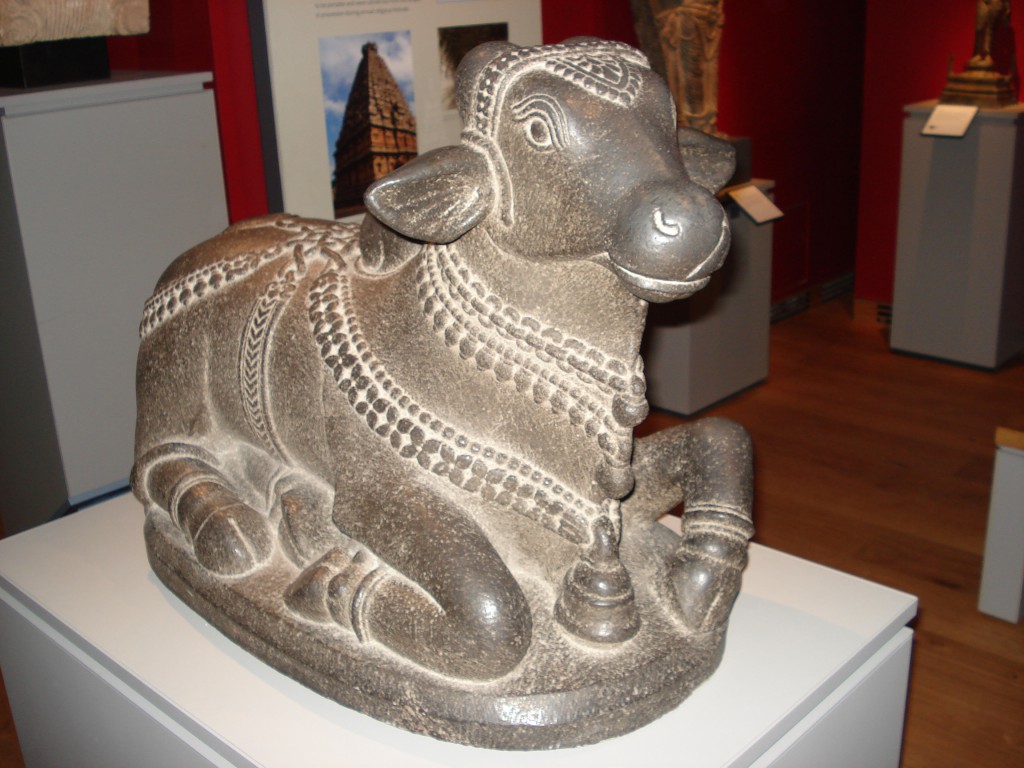 and some lovely William De Morgan ceramics (love his work) 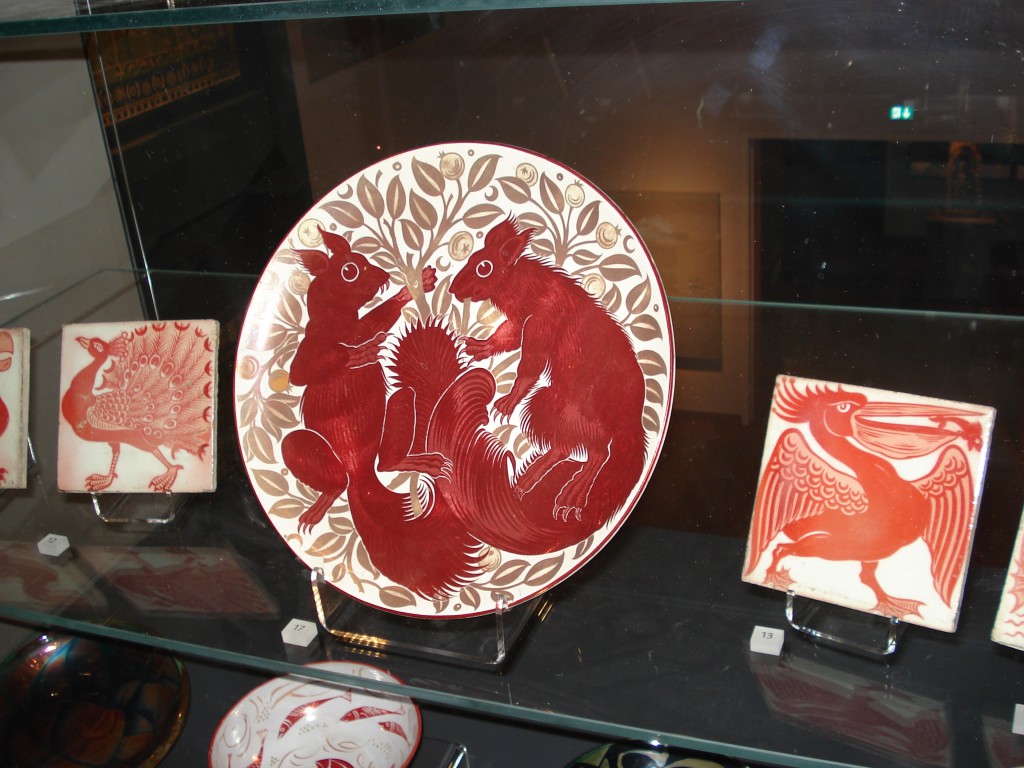 before heading back to China central. In the basement there was Karaoke 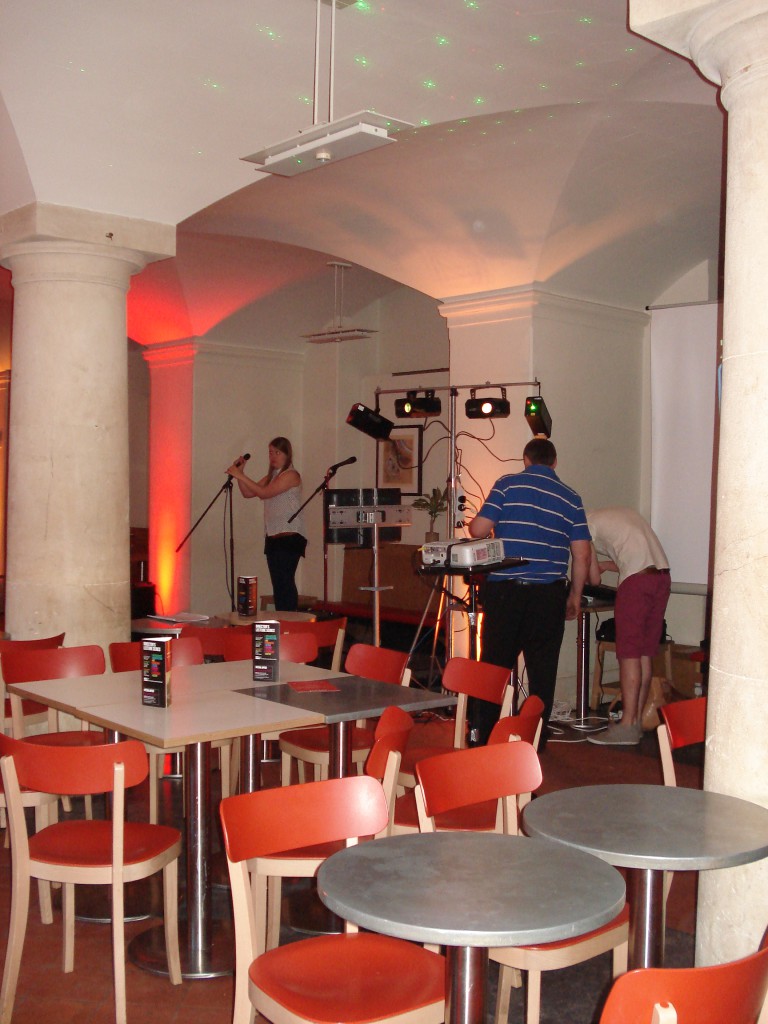 and that was also where I spotted this amazing dress (I asked the very cool lady wearing it if she would mind me taking this photo). 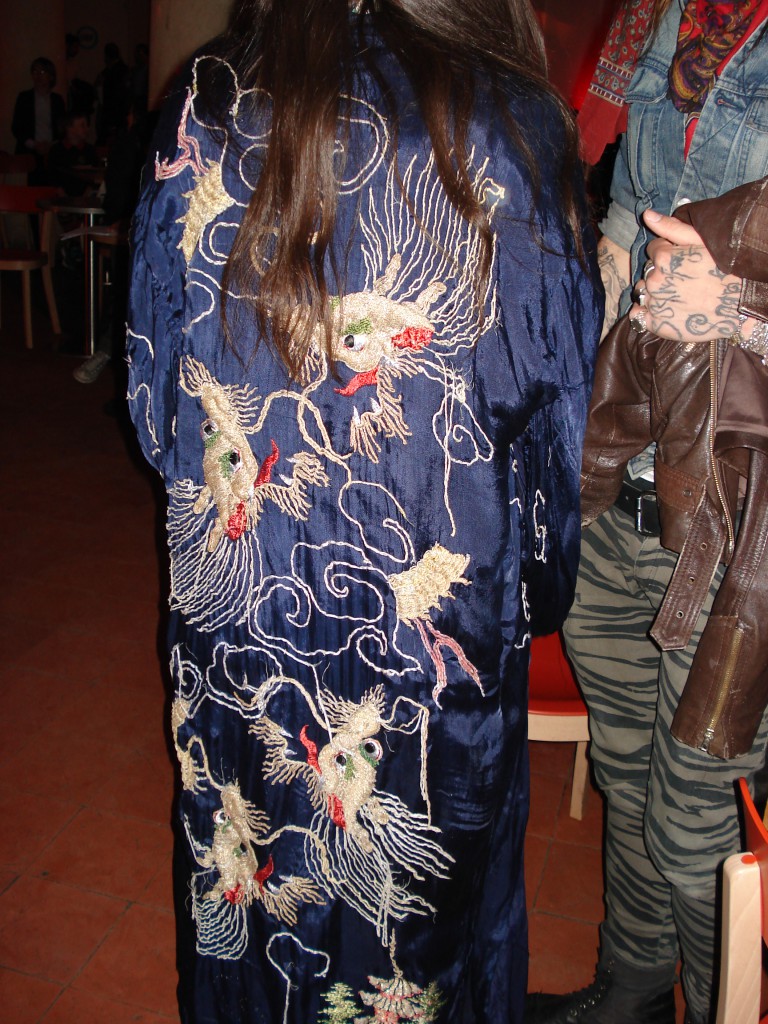 We then assembled on the stairs 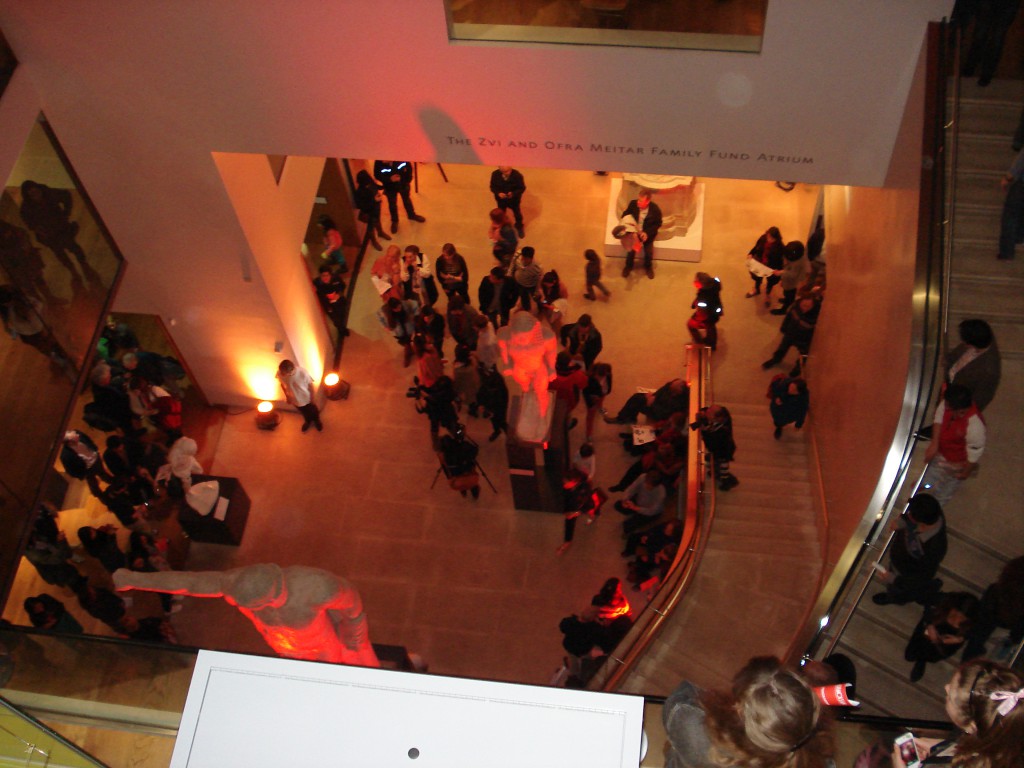 to hear a 5 minute performance piece which was people screaming (sadly the programme didn’t reveal why but one of the screamers stood right next to Jam, which undoubtedly gave him a feel for the piece 🙂 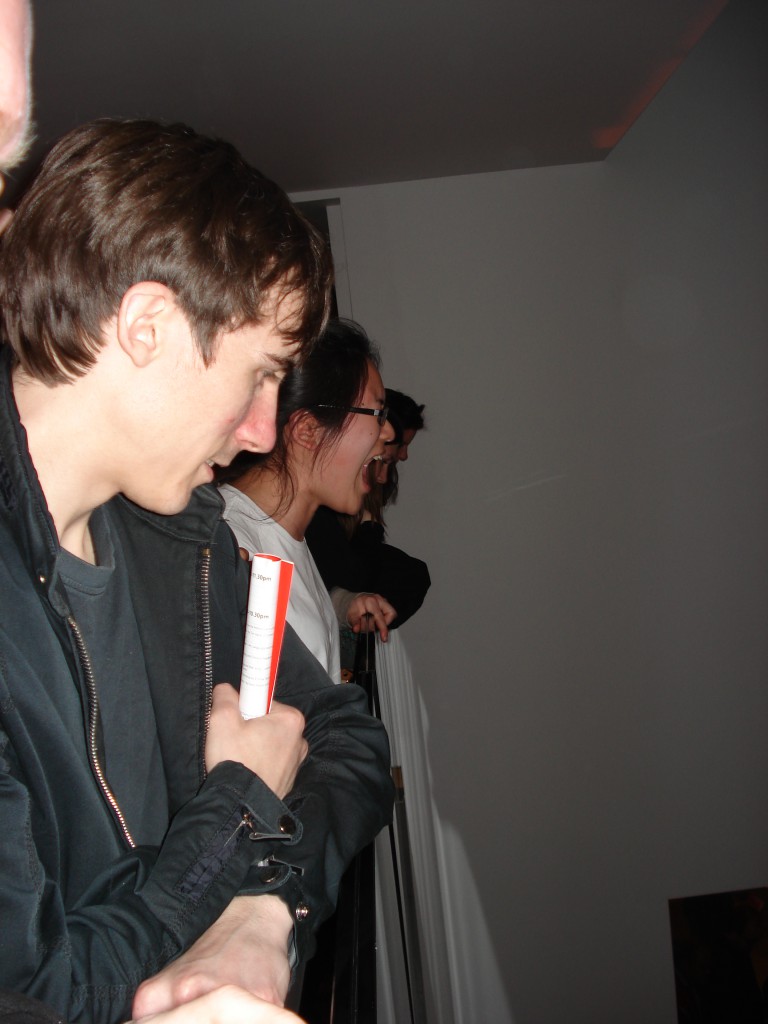 Our final treat of the evening was hearing some traditional music and instruments, first was this 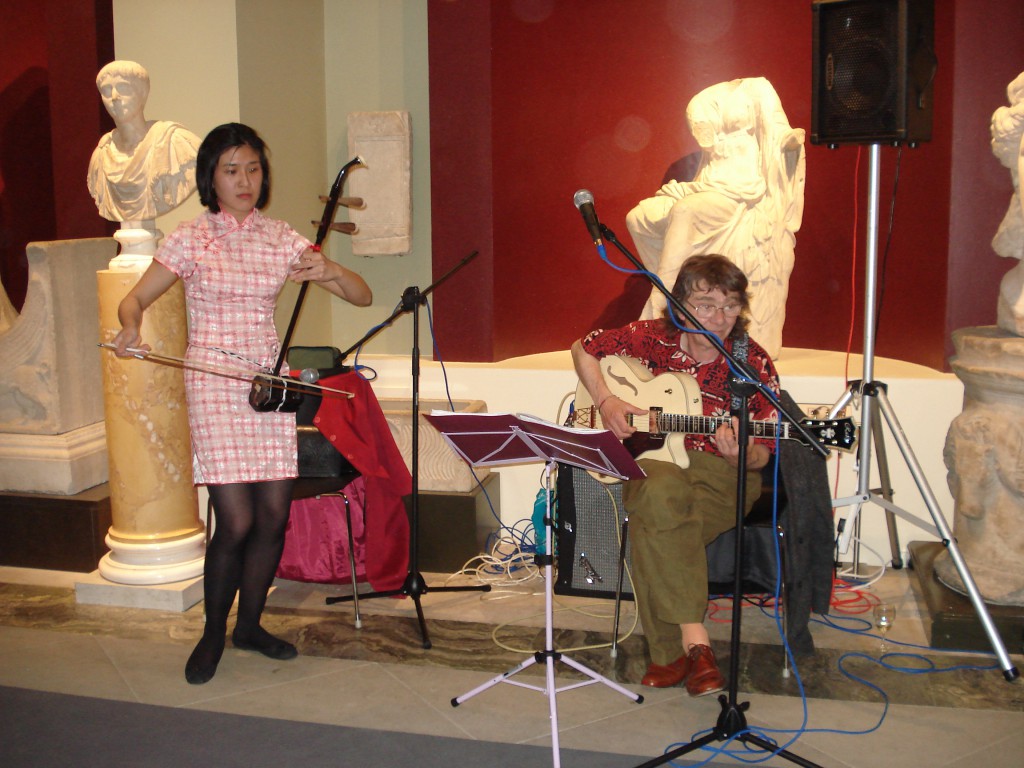 its called an Erhu and is related to the violin. We were also lucky enough to catch a concert from two members of the Jasmine Moon ensemble (usually based in Birmingham) 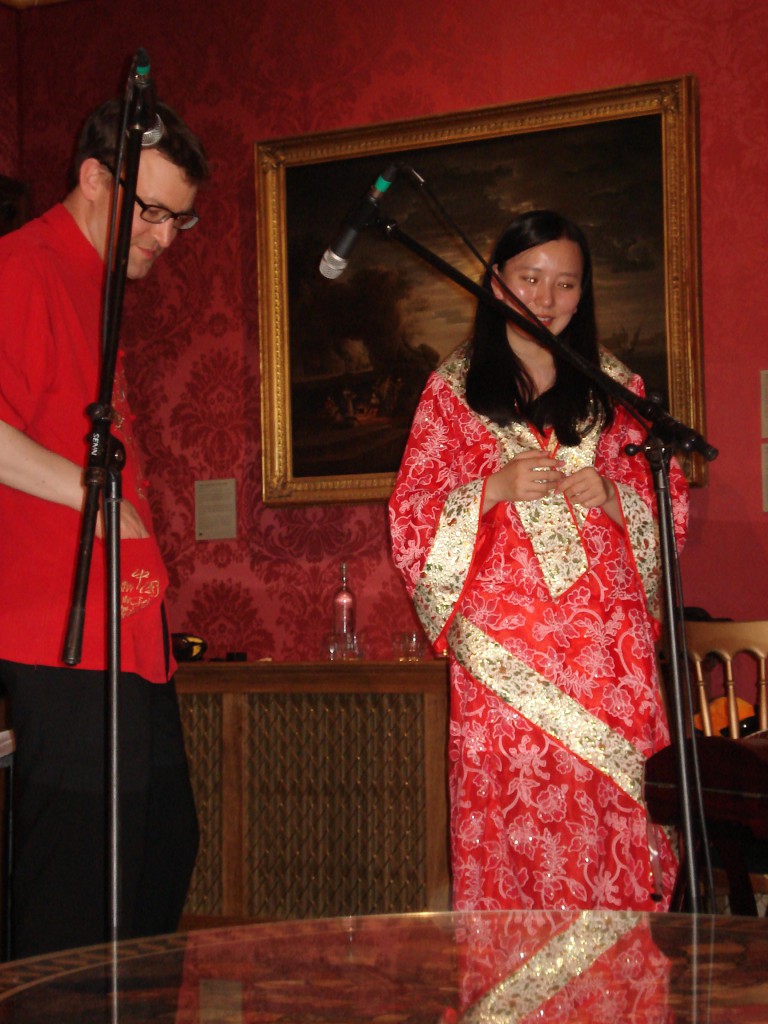 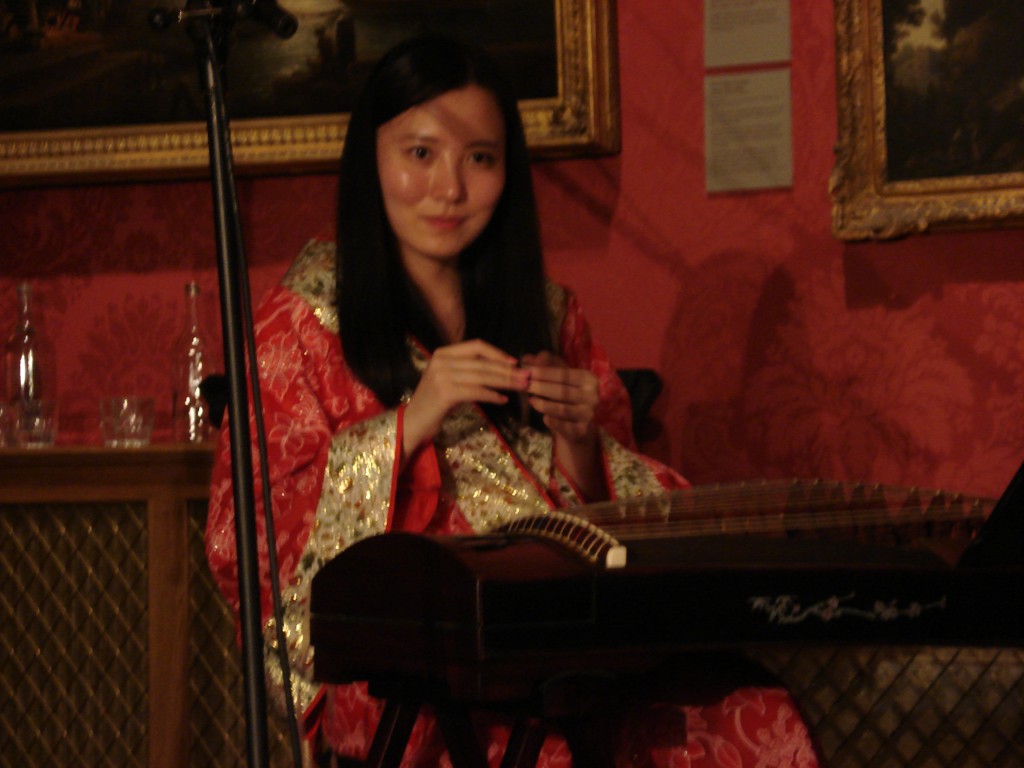 They played a set of traditional Chinese folk and formal pieces and you can find out more about them on their facebook page here.

This was the first one of these new and free monthly openings at the Ashmolean, we had a brilliant time & if you would like more information on upcoming events you can visit their website here.