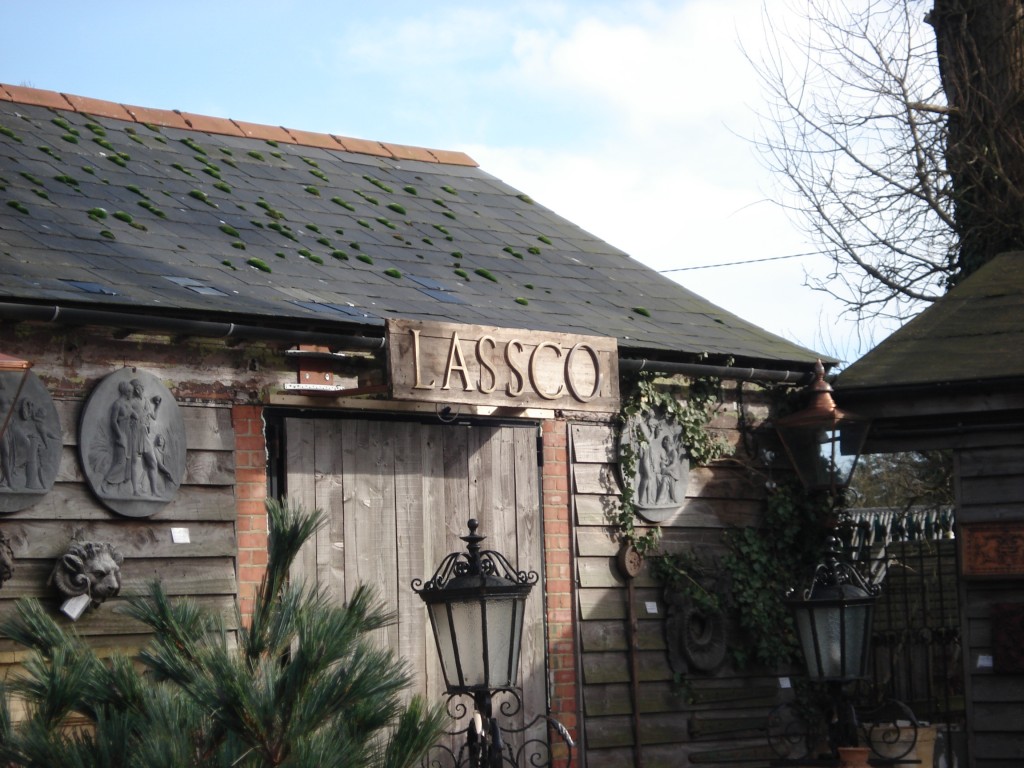 I’ve been wanting to visit the three pigeons yard near Thame of architectural salvagers Lassco for a while, so on Sunday we decided to drive out to see what the yard had to offer. Unfortunately because it was a Sunday most of the yard was shut up, but what we did find was amazing. Virtually anything you could wish for was contained within the courtyard and so not being able to afford or have the space for any of it the only solution was to run wild with the camera! 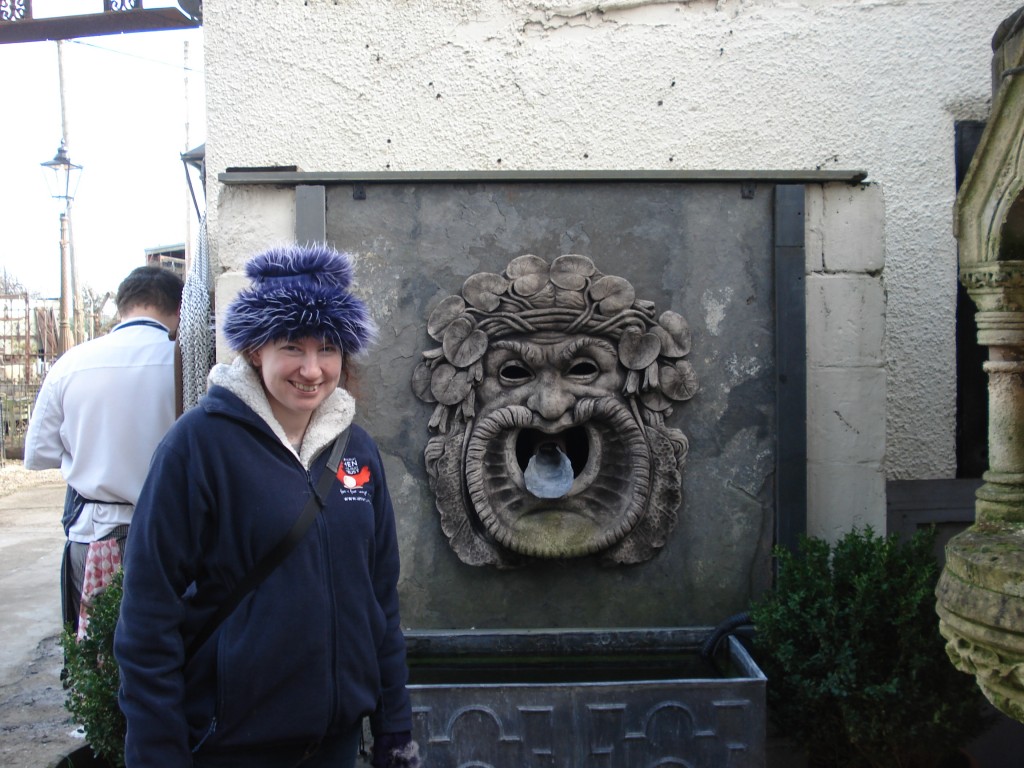 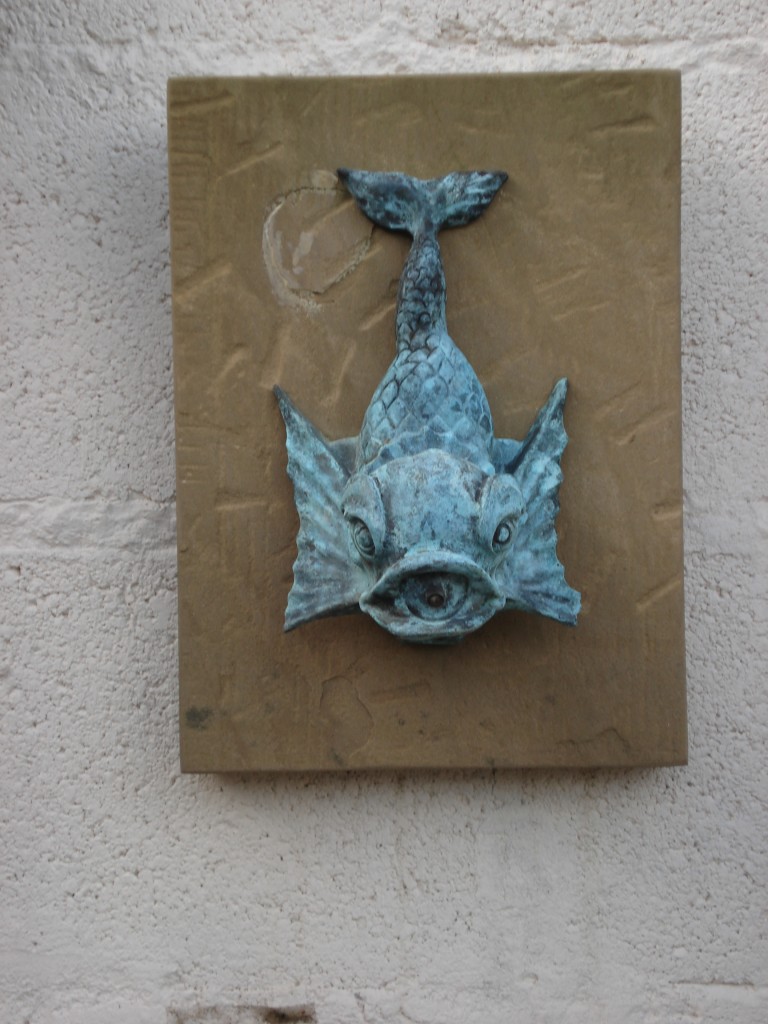 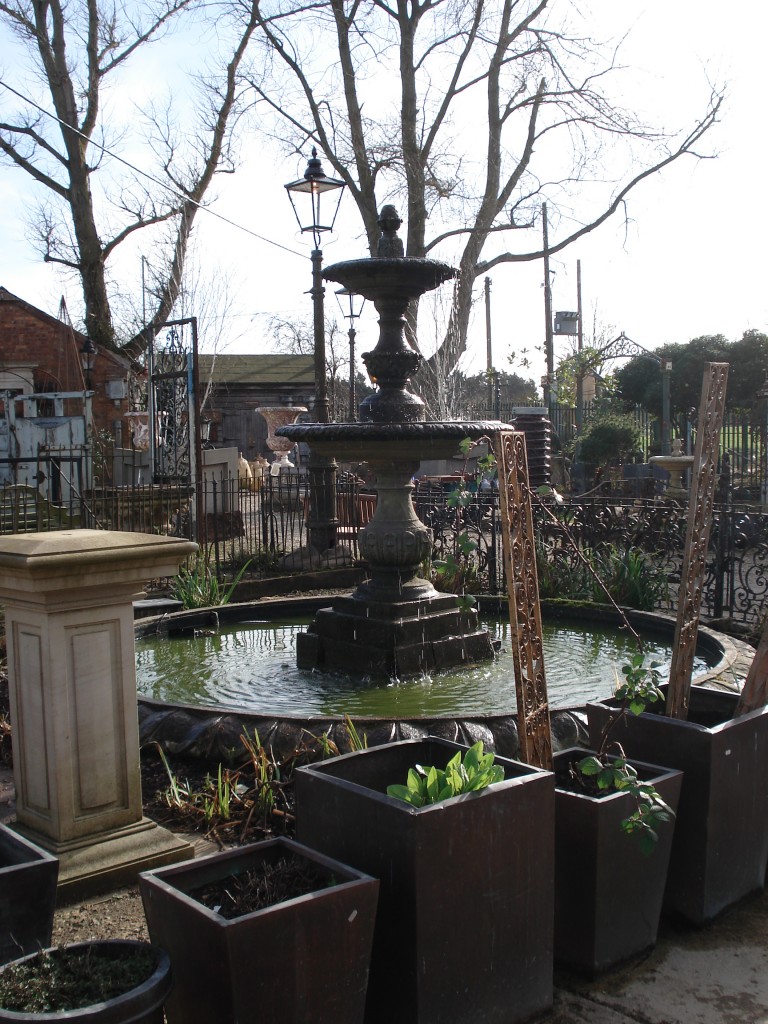 I particularly liked the Narnian esq lampposts you can see behind the fountain.

What better to go with it than your very own Aslan? 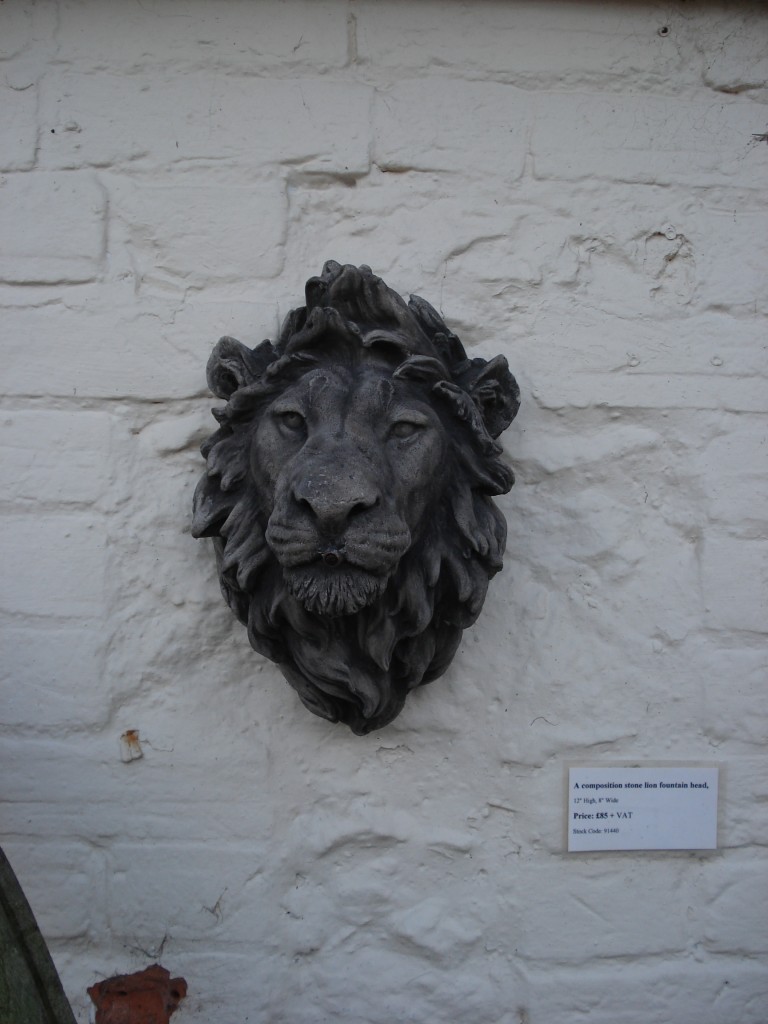 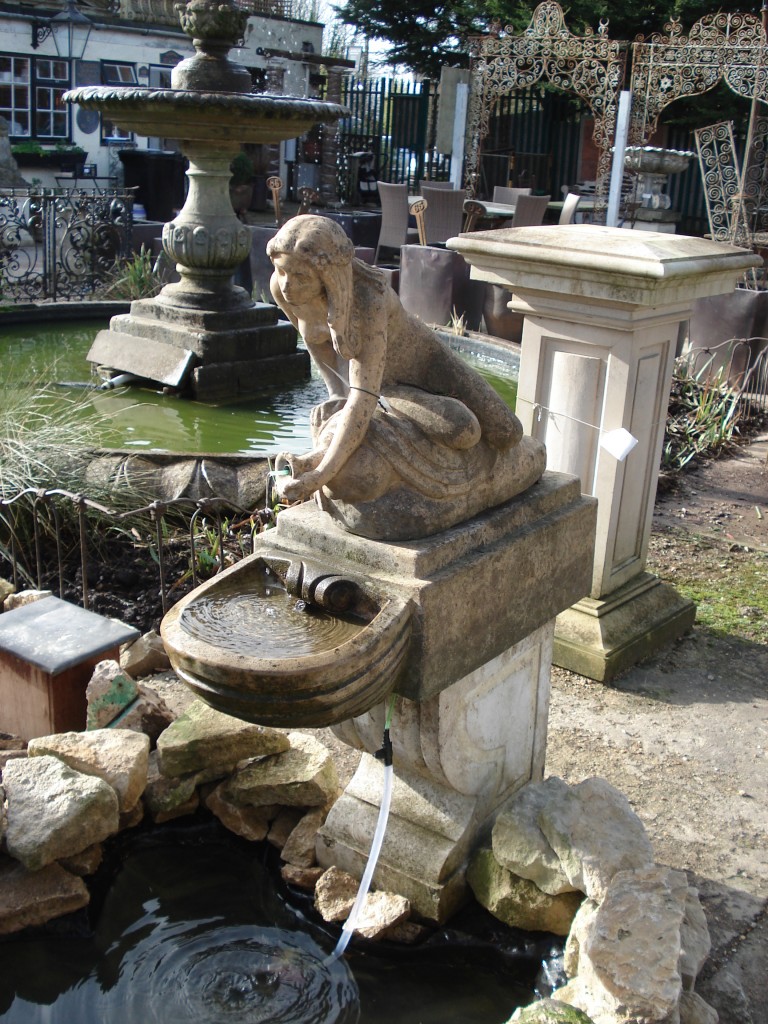 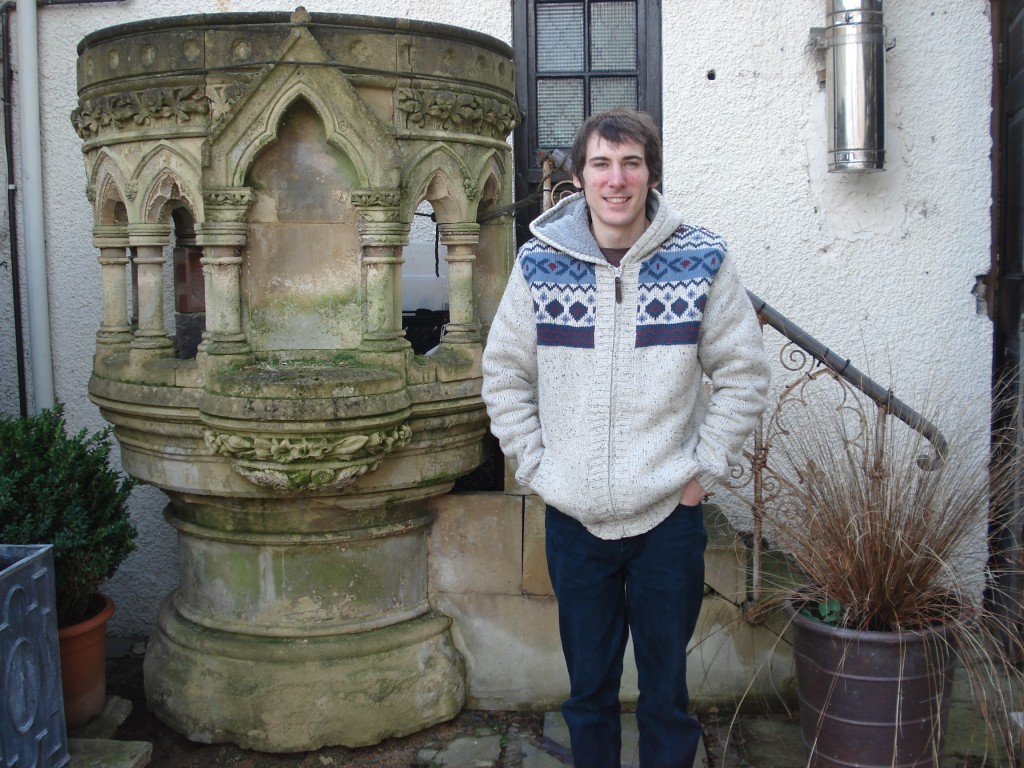 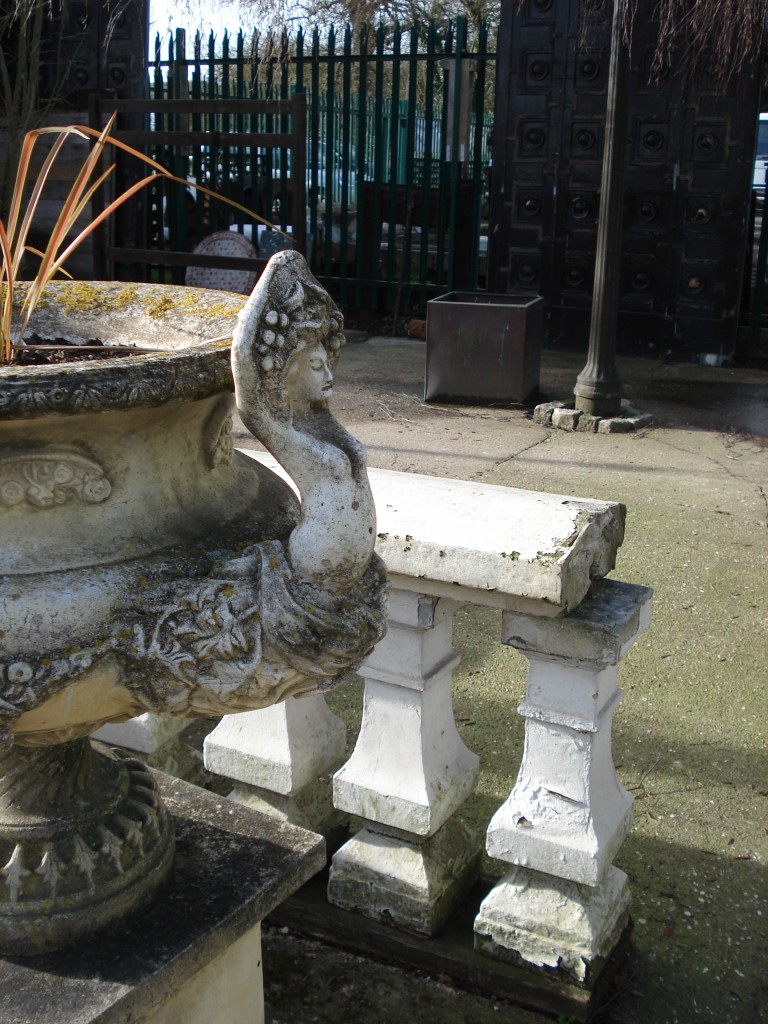 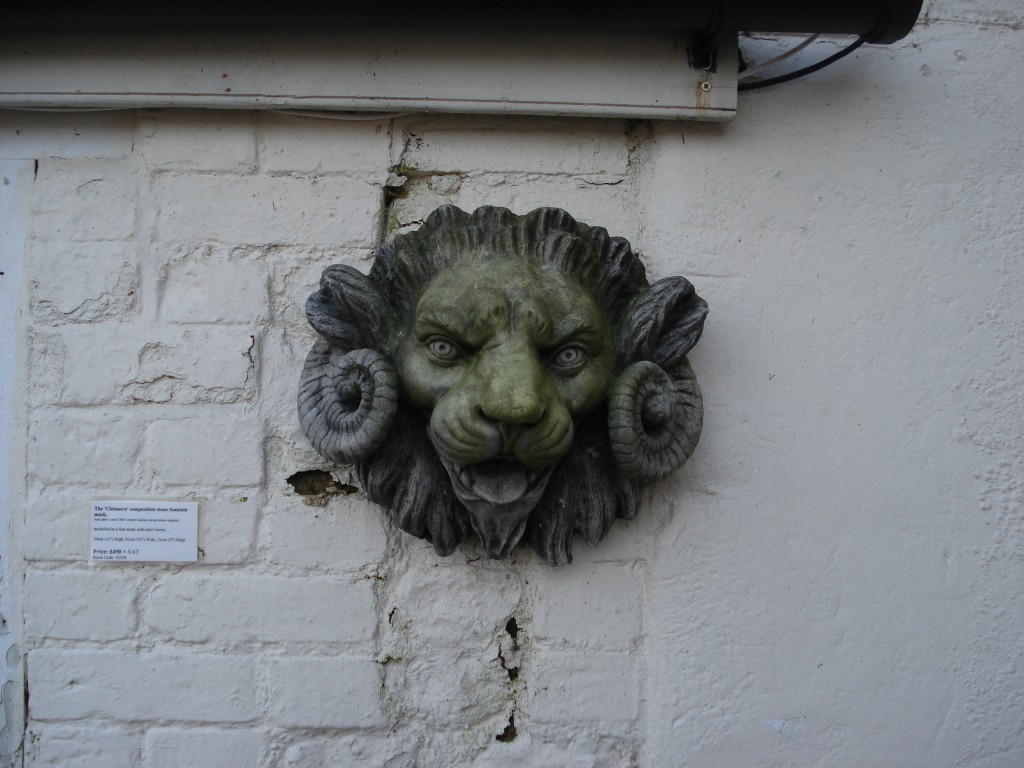 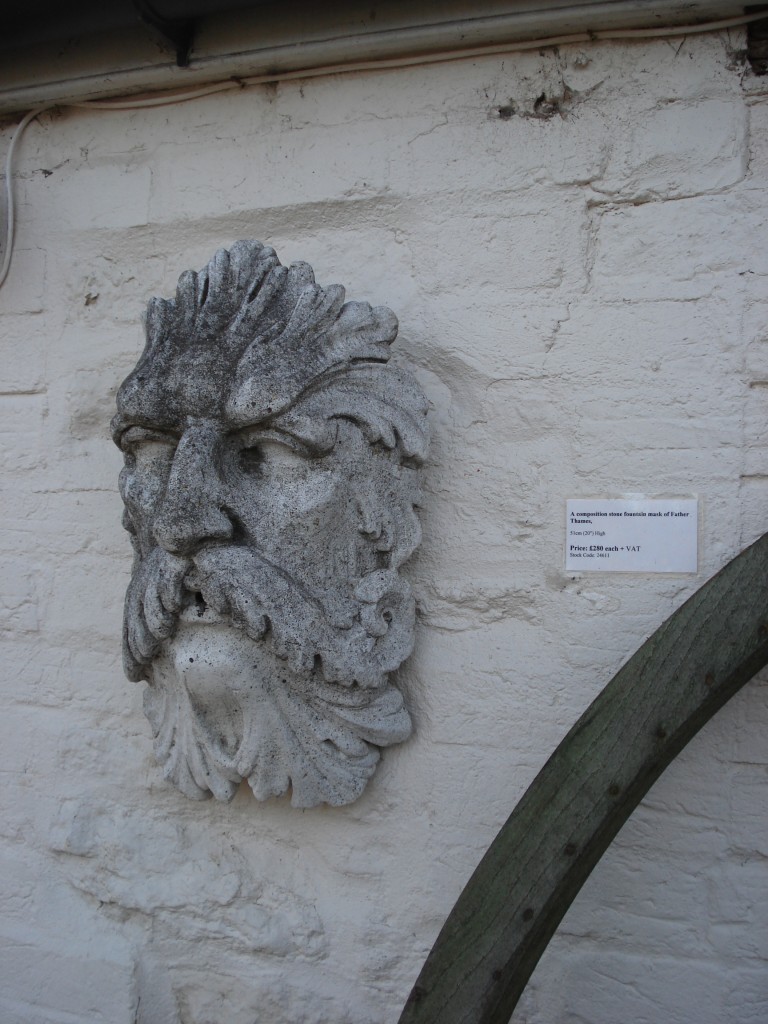 We thought we’d seen pretty much all the yard had to offer when we stumbled across these. 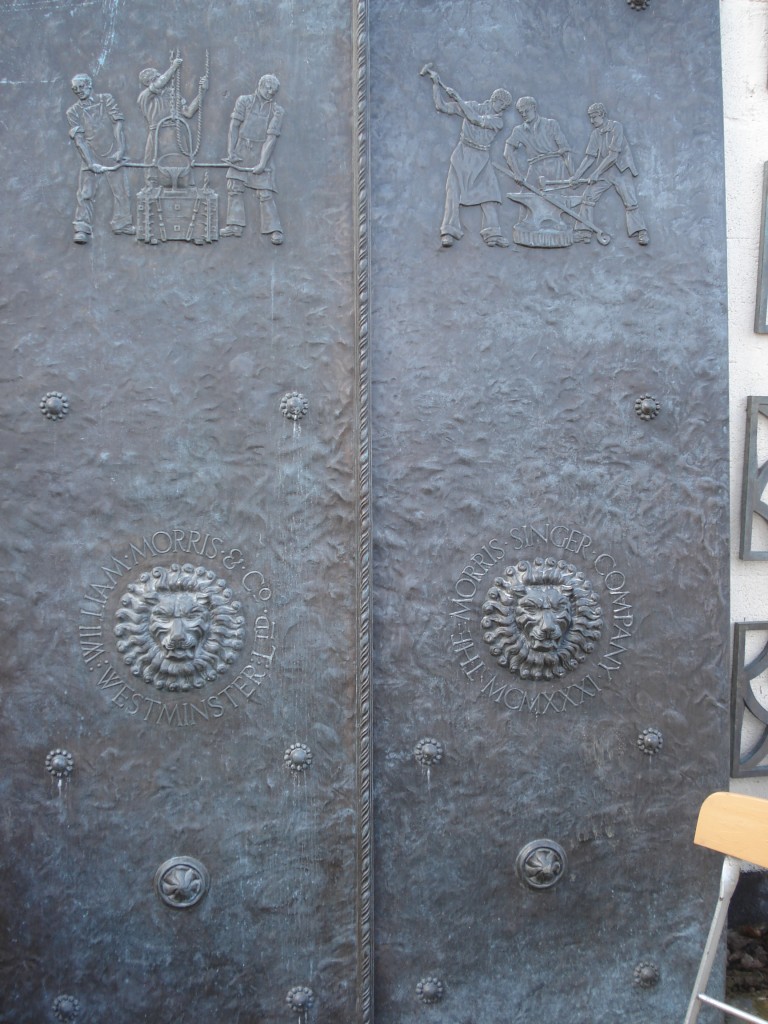 Our first though was blimey what massive doors but I realised I knew the lions head from somewhere… These weren’t just any old doors, these are William Morris doors! (Yours for a mere £15,000) 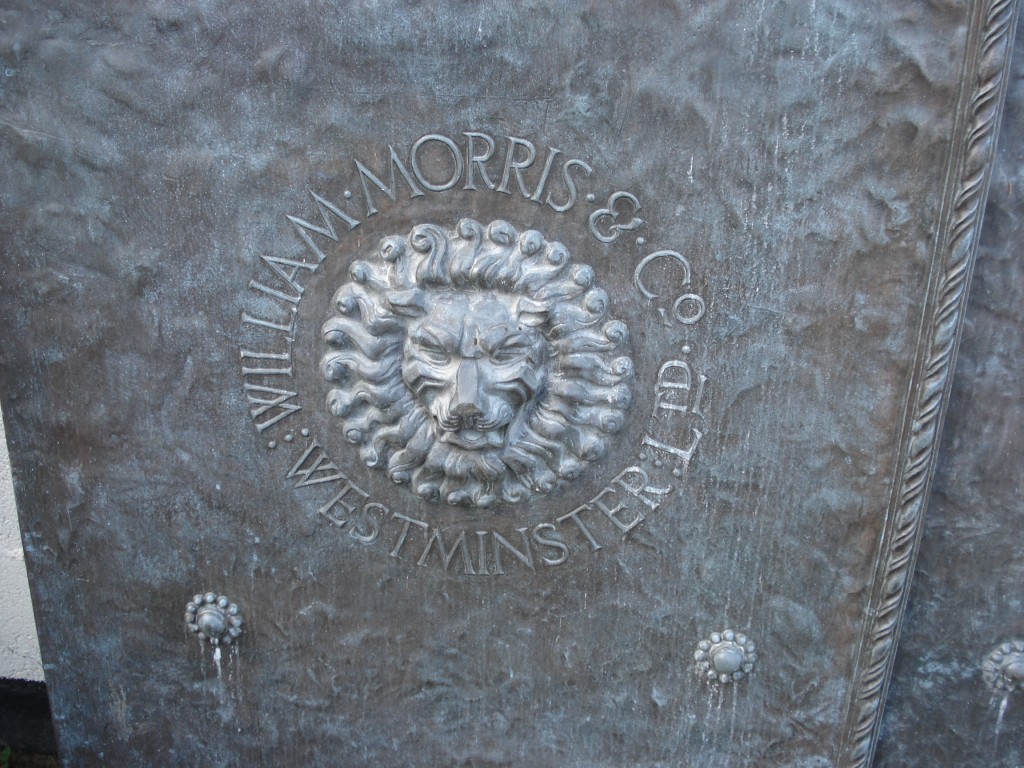 As we don’t currently have £15,000 lying about I had to make do with a picture with them instead (love, love, love) 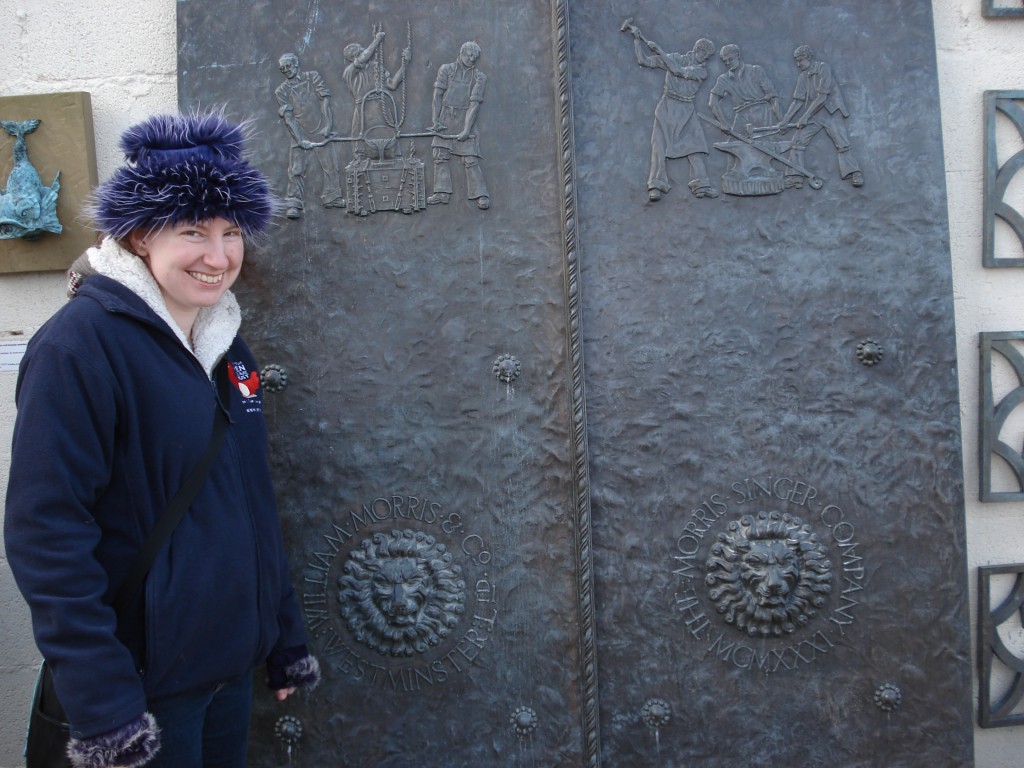 After I had been dragged away from the doors (and partaken of a rather nice glass of wine in the front building of the three pigeons, which was and indeed still is a restaurant/pub). We set out to explore the Swan antiques center down the road. 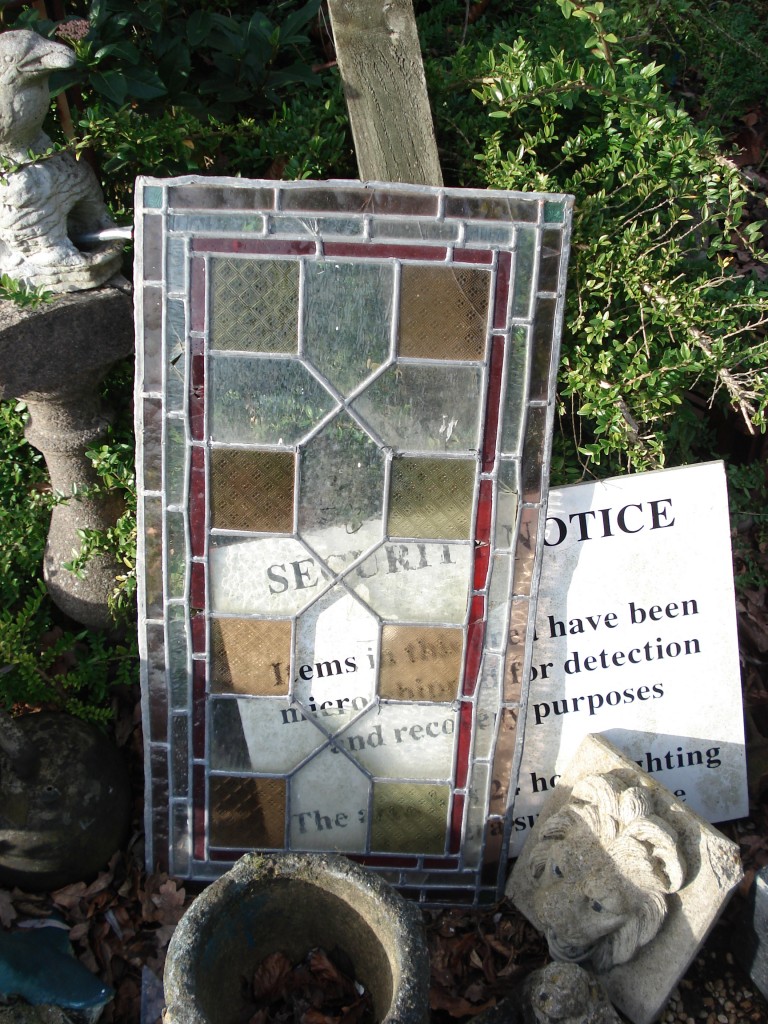 This rather beautiful bit of antique glass was outside in the courtyard, I love old glass, but the real treasures were inside which is where we found (and I fell in love with) a carved wooden fairground horses head, quite similar to this one (marked up for not an insubstantial amount of money) . 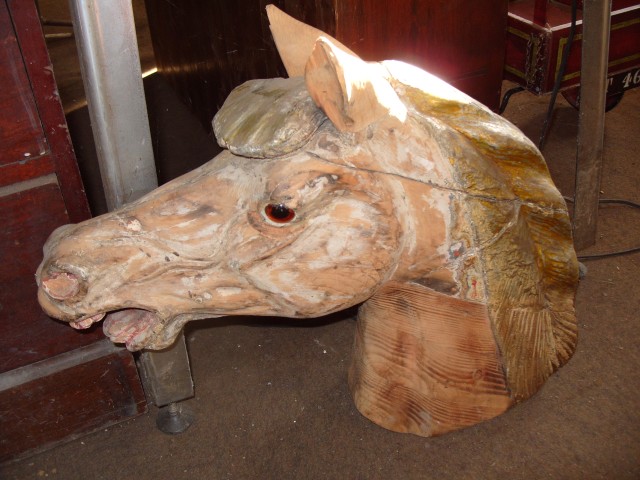 I’ve always been fascinated by carousels ever since I was a little girl. 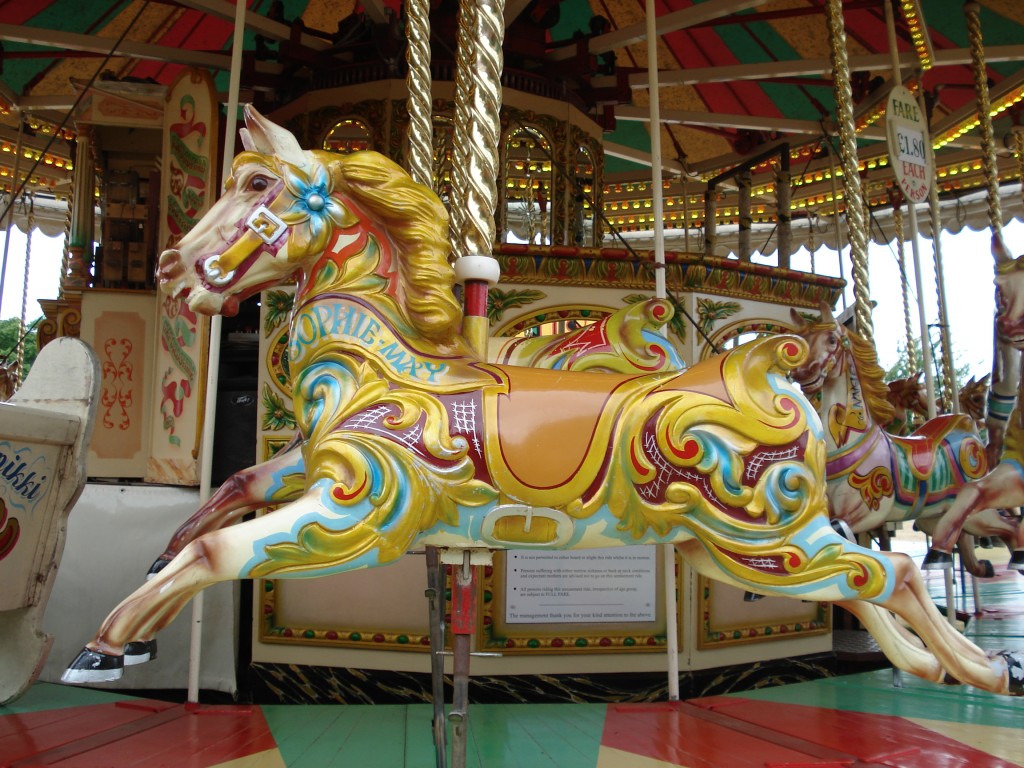 But there was no way we could stretch to owning a head from the price he was marked at…There is however some hope, the head teacher of our wood school is famed for carving rocking dragons and has many books about carving carousel horses, one of which I borrowed last year. 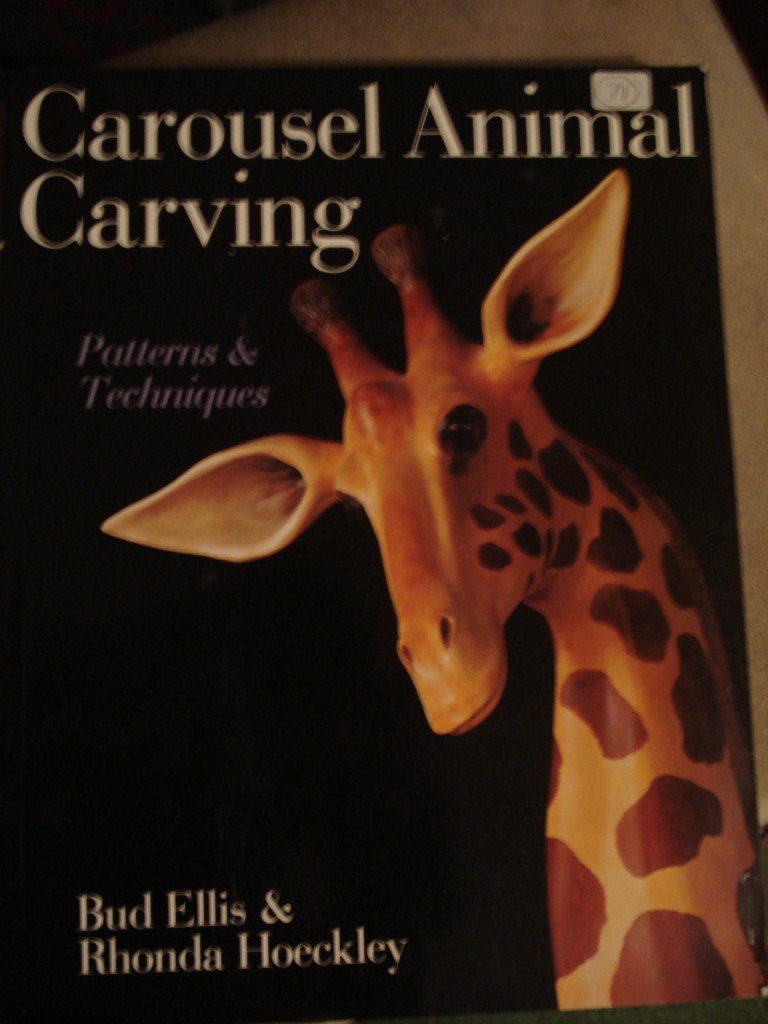 Jam suggested I finish the puppets (no mean feat) and then start carving myself a carousel horse, its a massive undertaking but I fear it may have to be attempted! Watch this space… 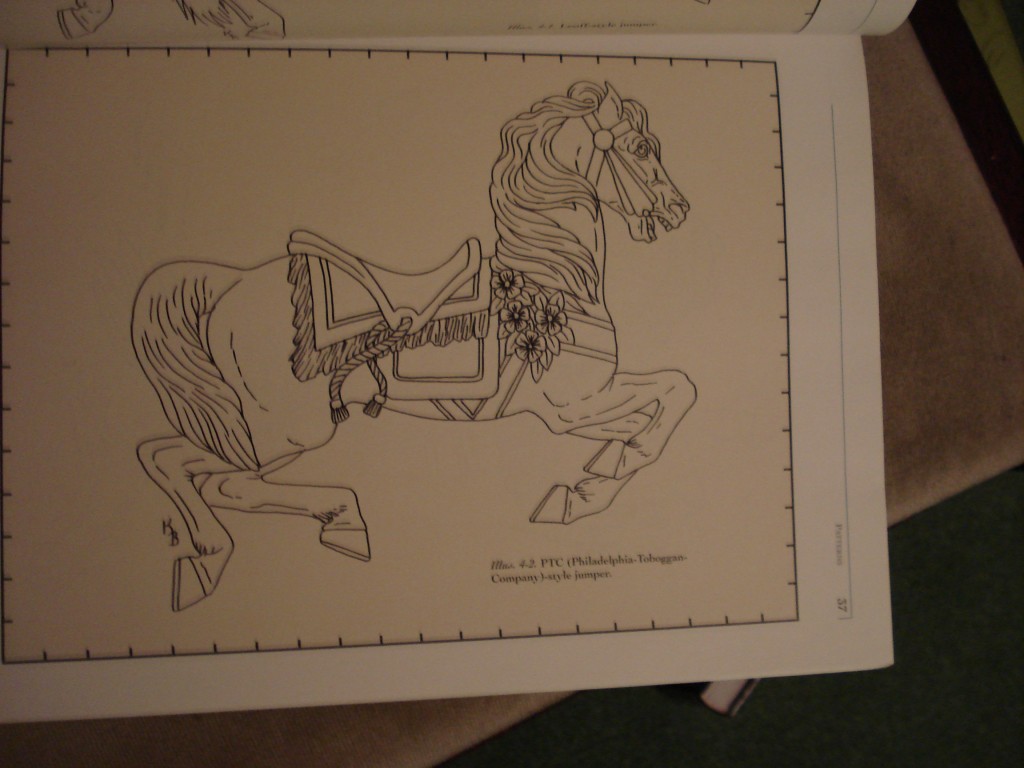 The puppet challenge – the beginning