So yesterday (Wednesday) we went to see Mogwai, I got into them when I was a teenager, finding their somewhat seminal album Come On Die Young in a bargain bin in action records (go support them online here). I dunno what it was about the album but it really struck a chord with me. Later on in my life it soundtracked many late night essay attempts at uni and then when I was working at HMV and was asked for my top records it featured again in the shape of a handwritten review in the small but perfectly formed alternative section. Despite buying and listening to a heck of a lot of Mogwai between then and now I’d never managed to catch them live, imagine my excitement then when they announced a date at one of Oxford’s newest (and most exciting venues), the Regal. Alex was duely summoned from London and we stumbled to the Regal. What follows is a summary of the evening using light/dark photos (I could try and describe how amazing Mogwai were, how much they made use of the quiet loud dynamic (definitely check out their latest offering the catchily titled Hardcore Will Never Die but You Will) but I don’t think I could do it justice (having said that my friend Jack has had a stab at a proper review here, if you’re interested 🙂 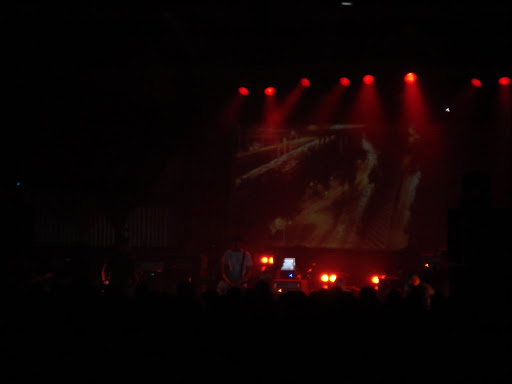 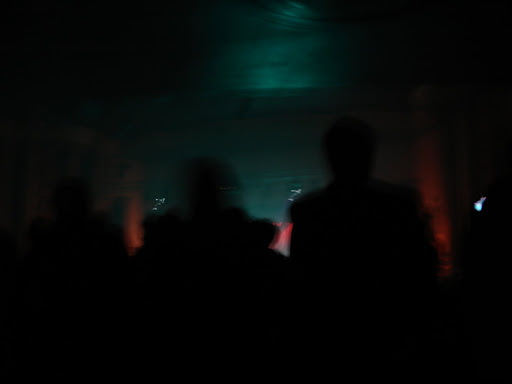 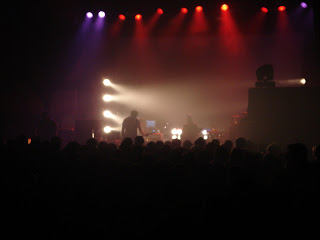 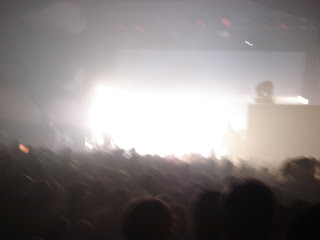