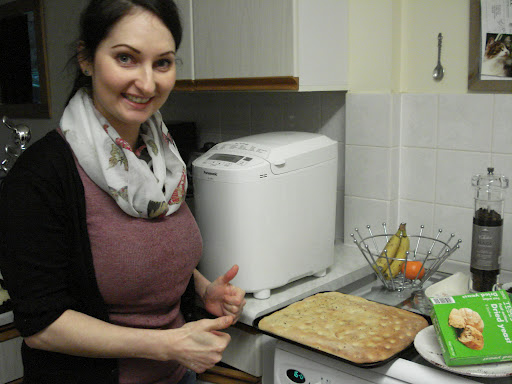 Claire and I have been friends since about the age of 12, when we kind of fell in with each other (and never really fell out, despite the time she pushed me in the mud, but that’s a different tale…). We were together all through high school, but then college came and we were seperated & uni followed and then our jobs and loves took us further apart still (me to the bright lights of London & Claire to Barry Island). Thankfully world balance has now been restored as Claire and her husband Simon have just moved to Guilford, a mere hour away from me! We decided to take full advantage of this geographical closeness and meet up for a break baking day and here are the results. First up we gave Claire’s bread making machine a go, I think somewhere something went a little wrong as the resulting loaf was a bit too ‘interesting’ to photograph or eat (think large pile of soggy crumbs you are probably nearly there). 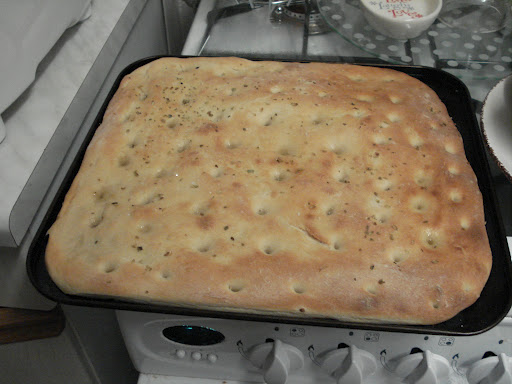 Our latter two efforts however worked out really well. We tried focaccia from Dan the bakers River Cottage handbook (I got this for Christmas and have to say it’s brilliant, all the recipes look amazing, there is loads of other useful bready information and just like Delia so far all the recipes I’ve tried have worked (result!)). Our second batch was a bit of experimentation, Claire had been given a batch of tiger paste so we thought we’d make tiger bread rolls. S hockingly Dan the baker didn’t have a recipe so we used this one, if anyone else tries it could you let me know how you get on? Ours turned out really wet meaning we had to add quite a bit more flour than was called for in the ingredients. Still the resulting rolls were really tasty. We are planning another meet up for a food day soon, the next subject of our experiments cupcakes and biscuits. Yum. 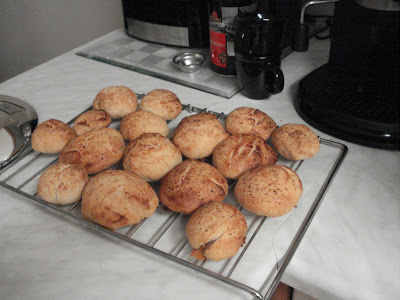 Group 2012 and a breadstick experiment

The rise of the Easter men!