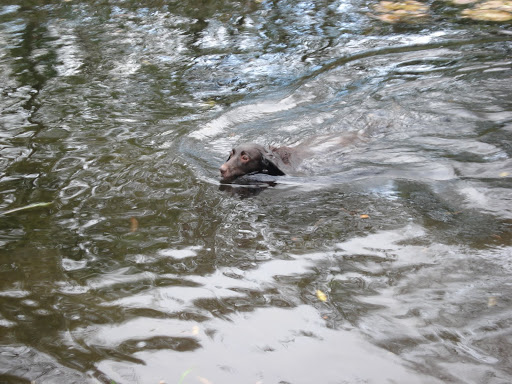 This weekend Dave wanted to whisk me away to a national trust property (his membership runs out at the end of October so he’s trying to see as much as he can in the time he’s got left) sadly I had to decline as I had/have loads of theory revision to do (my exam is on the 3rd November, that is scarily close) and also I had agreed to look after our neighbours dog Holly while they went to check out wedding venues with their daughter (def not a doggy outing). Holly has featured quite heavily on this blog before but just in case you need a recap here she is (pretty much all the shots of her are like this, she doesn’t hold still enough for you to take a photo, ever). Trish dropped her off Saturday morning, I had a few house chores to do so Holly amused herself by trying to find Mabel (I let her cause Mabel was out, Holly loves cats but is a bit scared of Mabel who sadly does not feel the same way about dogs). Saturday afternoon with it looking like it might rain any second we set off. There i 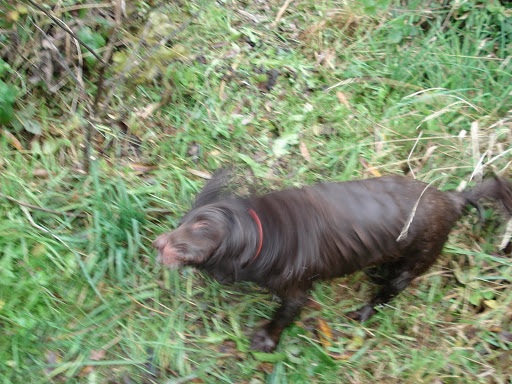 s a small nature reserve called the Abby Fishponds behind my friend Fi’s house (random link the reserve is also maintained by BBOWT, or the newt people as I’ve taken to calling them) Holly and I made out way through there, across the small built up bit in the middle and onto the bigger reserve Radley lakes (these are actually disused quarries that have been turned over to make a 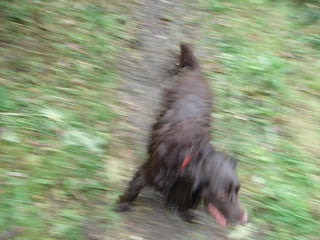 reserve). Holly may look like a normal cocker spaniel but actually she is half water spaniel. I tend to forget this fact until I get her near water, she goes nuts! In fact on Saturday I didn’t even know we were next to the stream until there was a large splash. Holly swam and swam and swam. The rain came and dampened our spiriits and our clothes a little but then when we got alongside the Thames the sky cleared and mthe sun broke through (just in time to dry holly off, although she had already shaken the worst of the water/flora and fauna off all over me! 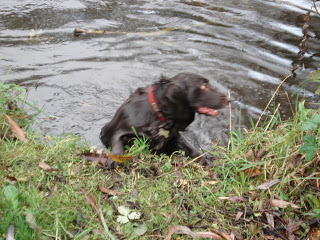 We returned home, Holly looking a state, me looking possibly slightly worse & spent the evening revising. I stayed over with Holly and slept really well (funny how a large warm furry thing helps) and then in the morning was awoken by Philip their cockrel. Having Holly for the weekend was great fun but I’d forgotten how much more involved dogs are & I was really tired by Sunday night (and kind of wanted to be on my own for a bit). I think Mabel can be safe in the knowledge there will not be the tiny patter of puppy feet any time soon.

1 thought on “A weekend with Holly”